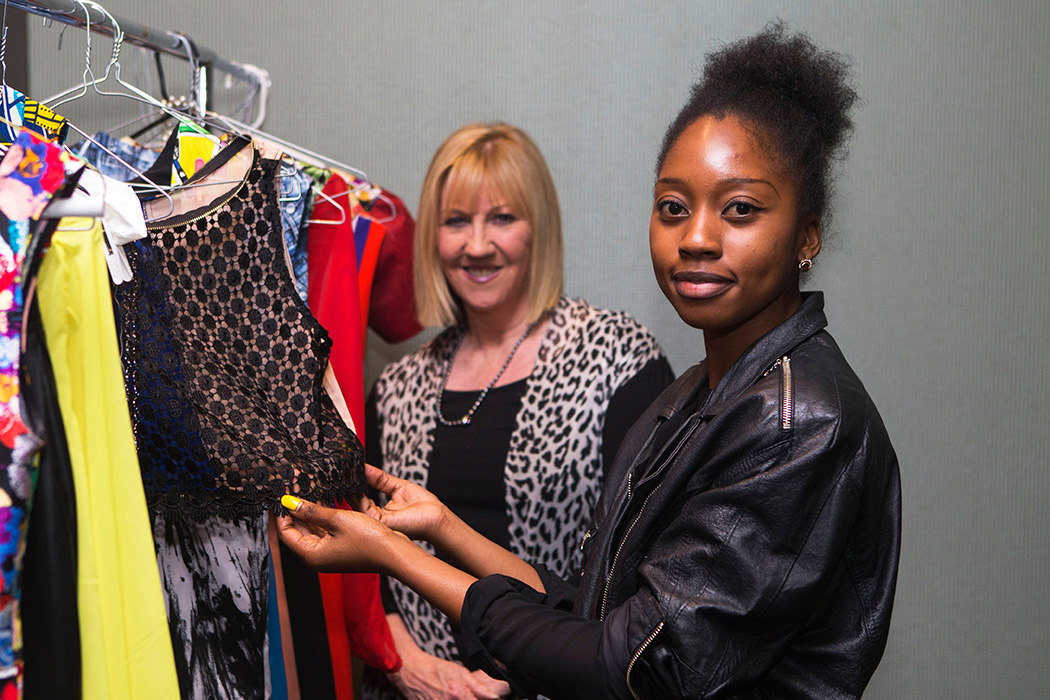 In August 2014, Adelaide was host to a unique fashion event at the official launch of Dignity for Zambia, a charity which supports vulnerable women in rural southern Zambia.

Guests were privy to a vibrant collection of increasingly popular African fashions designed by a young and upcoming Zambian fashionista Kapasa Musonda, whose bold and colourful African prints, infused with western flair, were universally considered as “awesome.”

SALT Magazine met with Kapasa to find out more about her aspirations and inspirations, and her thoughts on the future of African designs in a global market.

Her mother was a professional seamstress who encouraged Kapasa to sew and she began piecing fabrics together and designing her own clothes. “While I was waiting for my final school results I wanted to experiment with mum’s sewing machines and  would try to just sew little things – nothing serious.”

She had her lucky break in 2006 at the age of 17, when, with another 200 Zambian young people, she enrolled in a six month sponsored Business, IT and Health training program with a local charity organisation, funded by USAID. Kapasa was among the eight participants whose business plans were approved for sponsorship and a trip overseas for further education.

“I made a business plan for the competition on fashion design and I was lucky to have been one of the winning plans,” she said, “We went to the United states and that’s when I was advised to build a foundation in fashion before starting my business. I won a scholarship in a fashion school through the business plan and the designs I did – and that’s how I got into the fashion game.

“I like to describe my design in four words,” she said. “Modern, artistic, colourful and simple, and above all, I really want to make my client happy and pleased with my work”.

Pressed about her particular ‘style’ she said “I think my style is ever evolving I always want people to experience something different so I would not say my designs are African per se, they have African inspiration – but each piece is different”.

She thinks that African fashion can blend with western influences, as she believes her designs can make her clients see that they don’t have to be overtly traditional with their outfit. “My job is to present my designs in a way that people would want to wear it as oppose to wear something completely western”.

In the past few years established, ‘big name’ designers have been using African prints, and for Kapasa, African fashion is just beginning to grow into a signature print which would never go out of style. “I see African fashion really growing possibly taking over the runways out there,” she says with a smile.

Kapasa said she loved her time in Adelaide, and it’s a place she’d like to visit again. SALT Magazine looks forward to welcoming her back and being treated to another taste of her fabulous design collection.

The Acholi soccer team of Adelaide had to settle for second place after conceding a 6-1 loss to Sydney’s Acholi Team, in the final…