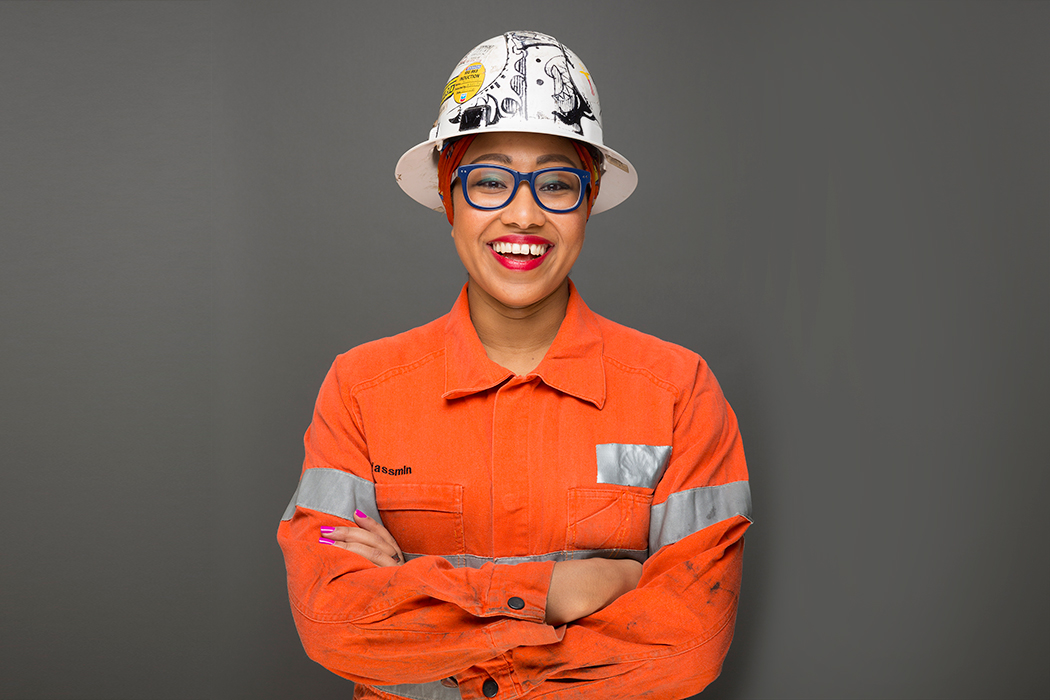 Trailblazer for the African Australian community, Sudanese-born engineer Yassmin Abdel-Magied explains how she navigated her way through existing employment barriers and scored her dream job. The chair of Youth Without Borders, author and motorsport fan flies to work in a helicopter…

Yassmin Abdel-Magied’s love for fast cars and a desire to give back to her community steered her into the engineering sector.

“I wanted to be the first female, black, Muslim Formula one driver, but that wasn’t quite going to happen so I ended up doing engineering so that I could at least design and understand the car,” Yassmin says.

She decided that engineering was also the perfect platform for a meaningful contribution to her community.

“I wanted to help give back to the community in Africa and my community here in Australia, and I thought one way I could do that was through engineering, because the solutions need to be designed, you need to design solutions and build solutions, and that’s what engineers do.”

Yassmin currently works offshore in the ocean: “I spent a couple of years working on small land rigs around Australia, but now I help design wells and supervise offshore platforms which is pretty cool” she said.

Based on her experience Yassmin strongly believes that developing relationships with people is the way to break barriers and source out opportunities.

“For my first job, I met an individual at a networking event and I was chatting to them about all the different things I’m interested in, and so we developed a relationship, a positive relationship before I said anything about a job.”

Yassmin said her job can be very exhausting at times as things don’t always go as planned. Sometimes she is the only girl working amongst 100 – 150 men. “It’s quite a challenge, there’s always something new, and I like the adventure, for me it’s always about the adventure.”

Yassmin went to a Muslim primary school in Brisbane and then a Christian high school where she was the first girl to wear the hijab. “The challenge is how you navigate kind of explaining that I’m African, I’m Muslim, but I’m also Australian.”

For Yassmin, the hijab is a tool she uses to interact with the world around her, but sometimes people don’t respond well to it. “I’ve had the various occasional racist comments, but I don’t let it bother me because I think the people who are like that are often responding out of ignorance and honestly, I don’t want to give them the power to make me feel bad.”

Another concern for the African Australian community is the growing number of youth in jail cells across the country. As the Founder and Chairperson of Brisbane-based Youth Without Borders organization, Yassmin says there are reasons people go down this path and they need support rather than being criminalized.

“Of course people have to accept the consequences of their actions but it’s also important that we listen to young people and try to support them and find the reasons why they are doing what they are doing.”

Yassmin says it’s tough for Muslim African girls when it comes to relationships.

“Either way we’re stuck in the middle… if you end up with some white guy you have to explain all of the culture and the religion and it’s always going to be difficult,” she said.

“If you end up with an African Muslim, there’s going to be very strong expectations of what a woman should do in the house, the roles and the responsibilities, and so there are very different expectations.

“I think it’s a generational shift that we haven’t quite figured out how to deal with yet.”

Yassmin recently released a book ‘Yassmin’s Story’ and she is currently engaged in a documentary, and also working on some motorsport podcasting.

Yassmin’s parting comments for our readers is that “we should be proud of the fact that we have African in us, whether its fresh African, or whether its African for a generation or two ago, its something to be really proud of and we should never let ourselves be victims, we should be the powerful strong people that we are.”

More information about Yassmin can be found on her website www.yassminam.com

It was a pleasure talking to her and we wish her all the best in her endeavours. If you or someone you know is doing great things in African Australian community send us their contact details to hello@saltmagazine.org and we’ll get in touch with them to share their success stories with our readers.

From the hard courts to the turf fields, grassroots sporting tournaments across Australia continue to redefine their status in society, in particular their importance…