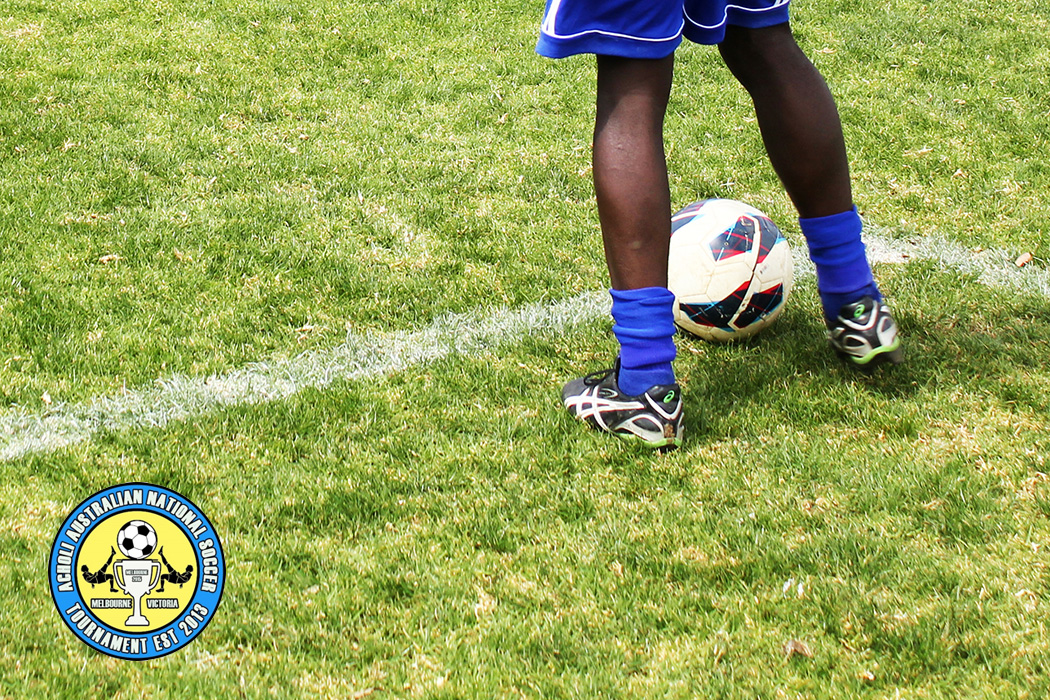 The Acholi soccer team of Adelaide had to settle for second place after conceding a 6-1 loss to Sydney’s Acholi Team, in the final of the Acholi Australian National Tournament on the 27th of September at the McKenzie Reserve in Melbourne.

Having lost only a single game on the way to the final, the Adelaide Acholi team’s defence was unable to counter the Sydney teams’ offensive. However it is a mark of improvement for team Adelaide as they were unable to make it through to the second rounds during the previous 2014 tournament in Brisbane.

Left winger Moses Jackson, who netted the consolation goal, was gutted by the result but feels that pride was restored amongst the team.

“I’m disappointed that we got this far and ended up losing but at the same time I’m glad that we were able to make it this far compared to last year were we didn’t even make it out of the group stages.”

The 19-year-old believes the opposing team’s strength and coordination gave them the edge to win the tournament while his team was lacking key players at the finals due to injuries.

“Injuries occurred in the finals to keys players and there weren’t enough players to replace them.”

On the contrary team mate Richard Sokiri believes it was lack of concentration and drive which led to their defeat.

“Everyone worked hard but as we all know in football playing catch-up is difficult when the other team has more momentum and drive to prove something”.

The 21-year-old suggests although his team was strong going forward it was the slip ups at the defence that cost them the game.

“We know the team thrives on mistakes and counter attacks and that’s exactly what they wanted and we created the space and the options for them,” Sokiri said.

The Acholi Australian National Soccer Tournament was started in 2013 to improve social interaction amongst Australia Acholi community. The next tournament will be held in Perth in 2016 and Team Adelaide is looking forward to it.

Countdown to Crowning Miss Africa South Australia is on…

This Saturday Miss Africa South Australia 2013 will be crowned at the Italian Centre in Adelaide. Event organisers are certain the audience will be…