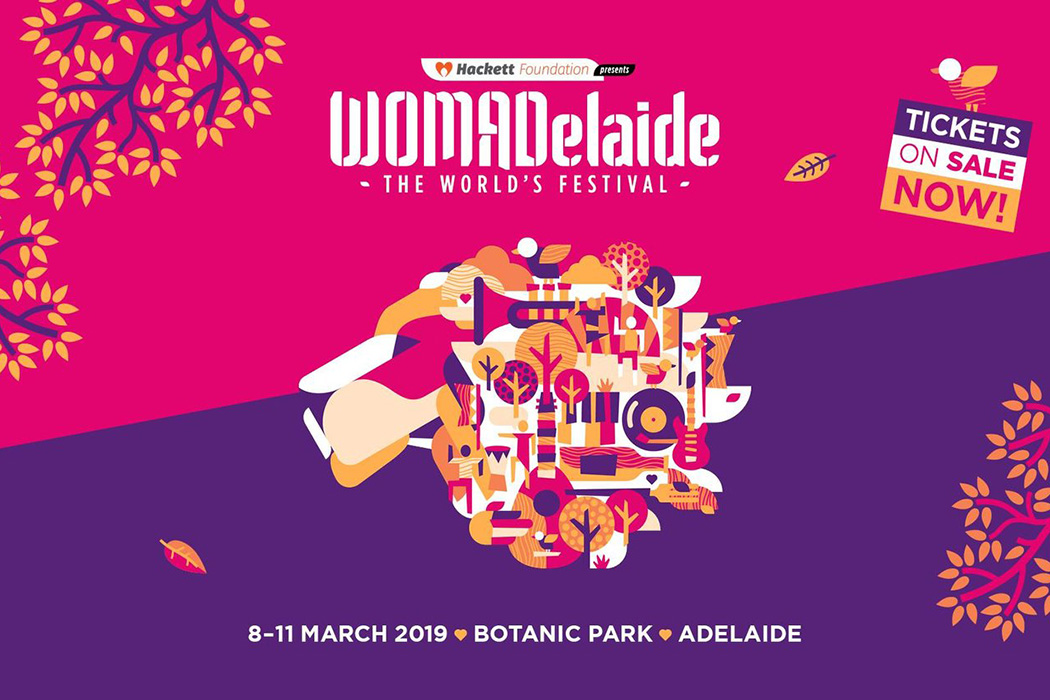 Performing artists from across the globe will take part in a four-day festival of Music, Arts and Dance celebrating cultural and creative diversity from Friday 8 – Monday 11 March 2019 in Adelaide’s Botanic Park.

“Only in Adelaide and only at WOMADelaide can audiences experience the sights, sounds and delights of cultures from over 40 countries presented by over 600 artists across 69 groups in one amazing weekend, which also demonstrates why Adelaide is Australia’s only UNESCO City of Music,” said WOMADelaide Director, Ian Scobie. 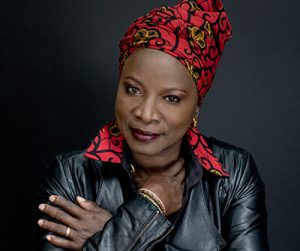 In 1980 Talking Heads’ Remain in Light album, heavily influenced by the music of West Africa, caught the attention of a young Angelique Kidjo in Paris. Hearing it again years later sparked the idea of a full circle deconstruction that seemed only natural. Using Afrobeat horns and percussion and infusing the lyrics with new meaning, it’s a stunning twist on a classic album that takes rock back to Africa. 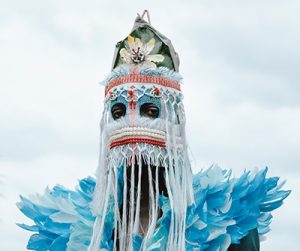 Born in the Democratic Republic of Congo and raised in Belgium, the flamboyant and formidable Baloji is an artist in motion, a musician, poet, film director, a man of images and ideas. His heady cocktail of futuristic funk is infused with soul, rap and Congolese soukous and packs a powerful political punch. 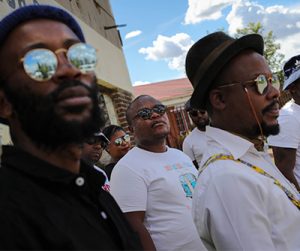 BCUC (short for Bantu Continua Uhuru Consciousness) is an outspoken and astounding band from Soweto, South Africa’s still-buzzing hub of creativity and rebellion. Wielding a hypnotic punk-rock energy, BCUC see their ‘Afropsychedelic’ music as a hedonistic trance, but also as a weapon of political and spiritual liberation. 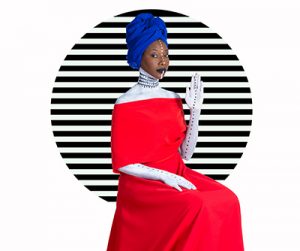 Having exploded onto the scene in 2011 and established herself as one of the most inventive singers and electric guitarists in Mali, singer, actress and activist Fatoumata Diawara has taken her artistry to thrilling heights on 2018’s “Fenfo”. Co-produced by Mathiew Chedid AKA ‘M’, it covers a breadth of African styles, from slow-burning blues to simmering funk. The Guardian’s 4 star review hailed it as “a seductive marriage of ancient and modern”. 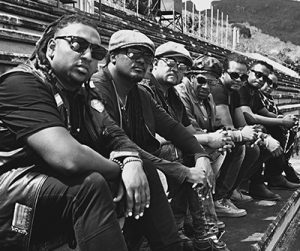 Through his solo work and highly successful soul outfit, Electric Empire, Australian-born Jason Heerah has gained a reputation as one of the best singing drummers in the world. After returning to his roots, his collaborations with hugely successful Mauritian band Otentik Groove saw them reach the top of the charts with their sizzling mix of soul, reggae, Zouk and the island’s signature Sega music, sung in Creole. 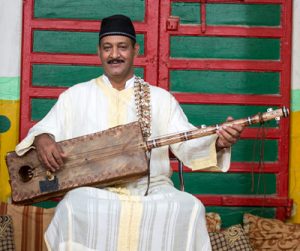 At the age of seven, El Kasri embarked on the path to becoming a Maalem; a Master of the guembri, a three-stringed bass lute found mostly in Gnawa, the North African music of former black slaves. In his hands, the guembri traverses the range of emotions, from mournful and melancholic to uplifting and celebrative. Deceptively simple, the combination of El Kasri’s deep, sonorous voice, complex melodies and hypnotic accompaniment by singer-percussionists, in fact boasts many layers and hidden depths. 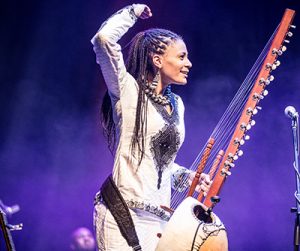 Sona Jobarteh is the first professional female virtuoso of the Kora (21-stringed African harp) to come from a West African Griot family. A pioneer in a maledominated, 700-year-old hereditary tradition, she is a remarkable instrumentalist and singer. Jobarteh’s eclectic and intoxicating style has triggered international success and in 2018 she was awarded the prestigious Africa Festival Artist of the Year. 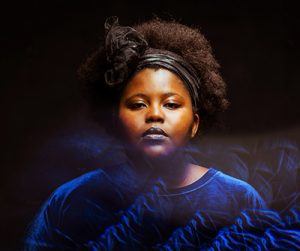 In 2018, Melbourne-based singer-songwriter and actress Thando Sikwila released her breakthough single “Numb”, a second EP, “Digital Love Letters”, collaborated with hip-hop artist REMI and supported soul stars Leon Bridges and Maxwell on tour. Although only 23, thanks to her luscious vocals and electric presence on stage, she is well on her way to solidifying her status as Australia’s first lady of RnB. 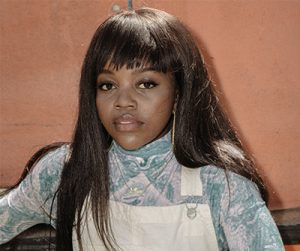 After bursting onto the Australian hip-hop scene as a teenager in 2014, Tkay Maidza has enjoyed a hot streak of hits and toured internationally. Yet she says that it’s only now, through the release of the 2018 EP Last Year Was Weird Vol. 1 that she has found her true voice. A showcase of her songwriting talents, she’s brings a new level of self-confidence, courage, sass and swagger to her repertoire.

Salt magazine will be talking with some of the artists and will keep our readers updated on a regular basis. Stay posted.

In a spectacular ceremony at Felixstow’s Fogolar Furlan Centre on Saturday 10 October 2015, Mr Prince Masika from Tanzania and Miss Christiana Teah from…