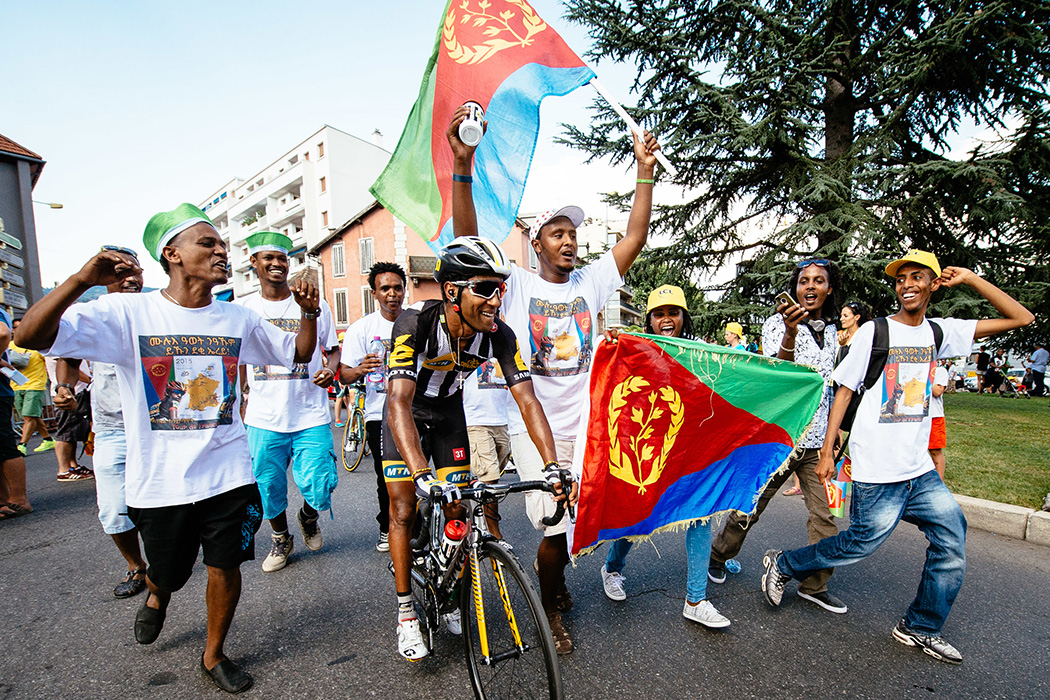 The Tour De France 2015 was a year of firsts for Africans. It was the first year that an African team entered the event. MTN-Qhubeka, a team made up of Africans from around the continent has gained much deserved praise for their involvement.

‘To race in the Tour de France and to have been able to wear the KOM jersey for a few days is a dream come true for me. I am very happy to be able to represent Eritrea and Africa on a world stage. It is a historic moment and it feels only good to be here,’ said Teklehaimanot.

Eritrea’s capital Asmara is located on the top of a mountain and has been dubbed ‘the city in the clouds’ due to its high altitudes. Teklehaimanot and Kudus were well prepared for the race through the mountains.

The cyclists impressed a crowd of about 800 000 people and a global audience including the millions of Eritreans in the country and in the diaspora and Africans all around the world.

Read Manal’s opinion piece on this topic – ‘A bittersweet victory’

They came, they saw, they competed

In an era of record breaking moments and history making, the 2016 Summer Olympic Games was no different for the Republic of South Sudan….