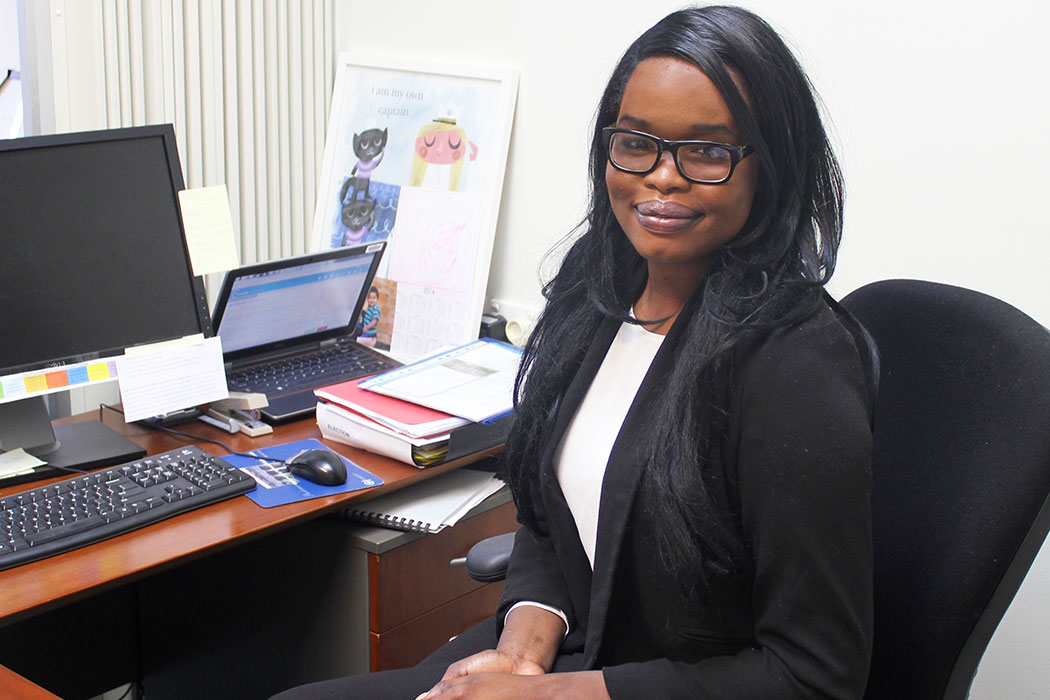 People come to Australia for many reasons – some want a better life, some are fleeing persecution, and some want to give their family the best opportunities possible.

In recent years, refugees settling in Australia have come predominantly from African countries that have experienced conflict and consequent displacement of populations. Refugees from African backgrounds are not a homogeneous group as they are a multitude of cultures, national groups and religions, but many share common experiences. Most African families who migrate to Australia, mine included, do so under the Refugee and Humanitarian Program. My family sought refuge in Kakuma Refugee Camp (Kenya) due to the Sudanese civil war that lasted for almost four decades.

I was born in Kakuma Refugee camp in Kenya, and I spent the first nine years of my life there. I attended school from Kindergarten to grade four at the camp, along with people of all different ages including adults who had not previously had a primary education. The story of why I was born in a refugee camp is too personal and painful for me to share in this article, but it shares common elements with the stories of thousands of other asylum seekers. Over the course of ten years, my mother went through the course of applying for a refugee status, and when I was nine years old we were granted refugee status and brought to Australia.

Settling into Australia was a complex and multidimensional process. However, I consider myself very lucky to have migrated to Australia at such an early age because primary school provided a cultural touchstone for me. Through my interactions, both inside the classroom and on the playground, I learnt how to deal with a diverse range of people, authority, rules and structure. School was an opportunity to build upon English language skills that I developed during my primary education in Kenya, and I participated in extra-curricular activities that helped forge my identity. In my early teen years, there was a great deal of cumulative pressure to both ‘integrate’ and ‘remain true’ to my South Sudanese culture. I was acutely aware of the differences in my appearance, culture and tradition. There was a lot of pressure from my Australian born peers to become ‘Australian’, as well as constant reminders from the South Sudanese community of my origins and heritage.

I negotiated this minefield of social pressures by actively participating in public speaking, debating teams, and leadership roles. These activities allowed me to simultaneously explore and embrace mainstream Australian culture and continue to respect and express my South Sudanese traditions. I learnt to belong to both cultures and celebrate my uniqueness.

I have recently graduated from a Bachelor of International Studies (majoring in Politics) at the University of Adelaide, and I am now in the final stages of my Bachelor of Laws at the Adelaide Law School. I found myself to still be part of a small minority in the Law School which remains relatively homogeneous and I would like to see more diversity on campus. However, studying law has presented me with new opportunities to negotiate my identity as an African born – Australian raised young woman.