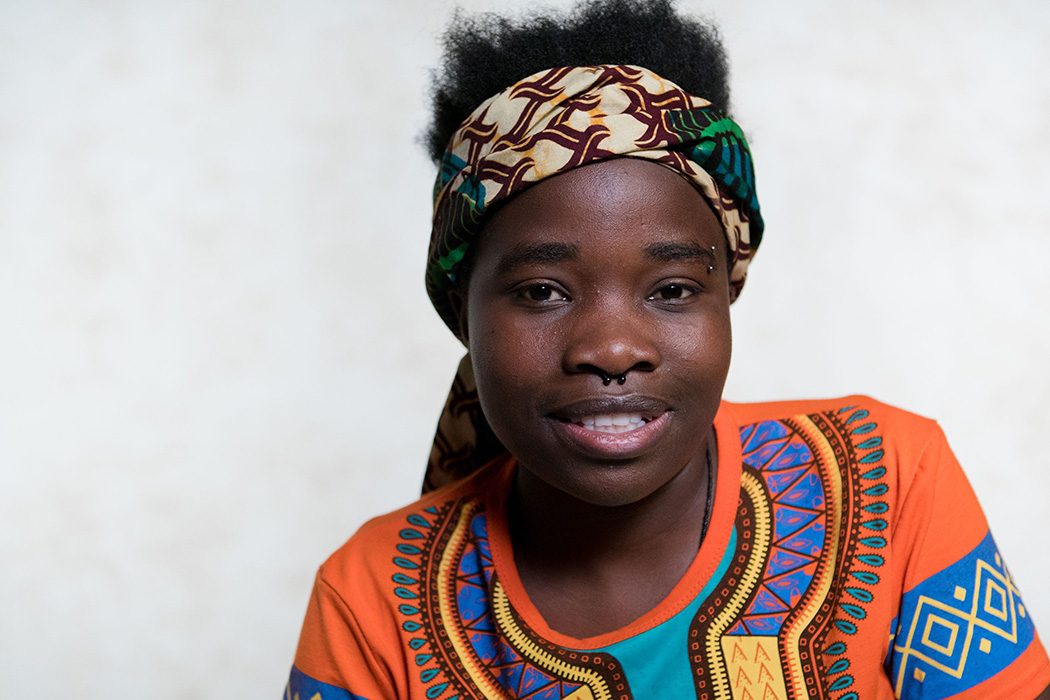 My name is Bella Ndayikeze. I am 20 years old. I was born in Burundi, Central East Africa, and I grew up in a refugee camp in Tanzania, and arrived in Australia when I was a child in 2005. I am the oldest child in our family. I grew up with three brothers but in later years welcomed a little sister named after indigenous Australian music sensation Jessica Mauboy. I love making music, media, dancing, playing sport and coaching.

Currently I am a Youth Programs Coordinator at the Edmund Rice Centre Western Australia managing the AFL teams, and the Youth Leadership and Youth Arts Programs. This is my story.

My journey to Australia was emotionally and physically hard. Things were unclear and decisions were made for me. My mother always protected me during the war, and growing up was very tough. As a young African girl, our culture is all about dignity and pride; the way you dress up and carry yourself is important. To become a strong young woman, I had to endure pain and adversity. I got bullied. I got called names; and was basically an outcast in my own community because of the path I chose. It wasn’t lady-like to play sport in shorts; and not to go to church because of sport was considered a sin. I had to stand up for myself many times, and sometimes I broke down. But I later realised people will still be negative whether you succeed or fail.

My mum has been instrumental in my journey for the last 14 years. I grew up without an active father and, being the oldest, I had to be the strength of the family without a choice. My brothers looked up to me and even my mother – I was her strength to live.

The Edmund Rice Centre WA gave me a coaching opportunity in the AFL. I never imagined life would turn out the way it did as sometimes I wanted to leave and get away from all the bad things. My mum and dad went through some problems and eventually got a divorce. That took a toll on me as I am the second most emotional person in the family. I fell into deep depression and isolation, and there wasn’t anyone there for me except for a broken mum, who eventually picked herself up and found freedom for us.

We moved into a home with the support of the Salvation Army. It took time, but one day I got asked to be a part of a sports program with the Edmund Rice Centre WA once a week. I was one of the older kids and so I got asked to join the Leadership Program. I lacked confidence in myself, and gained extra weight from my problems. I didn’t understand what I was doing, but I learned about being myself, and to be a good person.

Eventually I got asked to coach the Edmund Rice Multicultural AFL team, and the following year I became an assistant coach at 15. It was super difficult because the boys I coached were older than me, and I also didn’t have enough knowledge of the sport. I was new to it and still lacked confidence in myself. Things worked out as I kept being involved. I got a school-based traineeship with the WA Football Commission at 16, and also became the manager of the Multicultural AFL Program a few years later, and played AFL for West Perth Football Club. 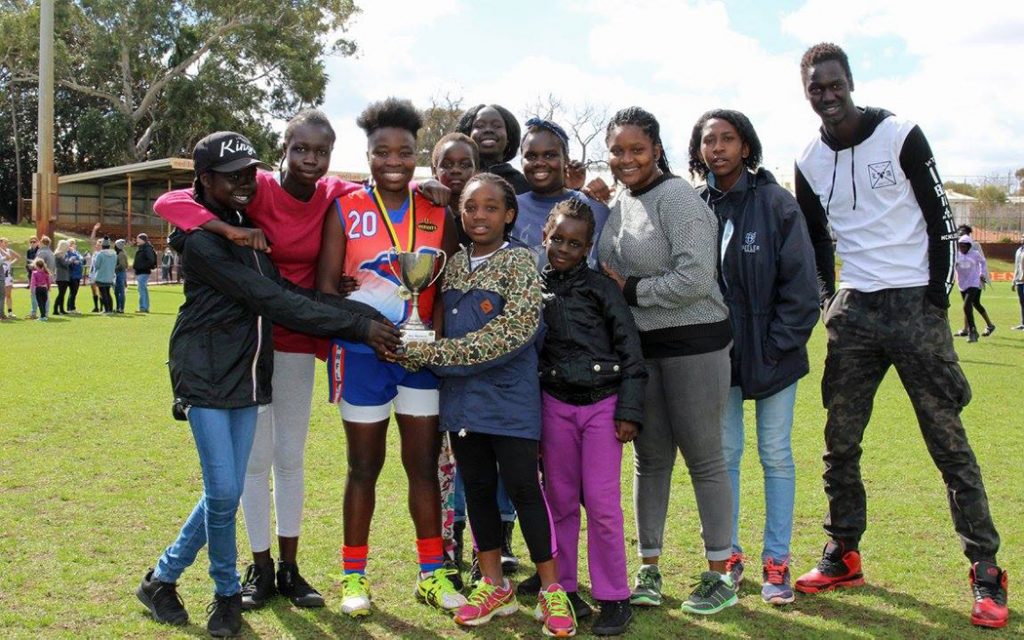 Before I was given any AFL opportunities, my life was bad and I was at risk. I thought about bad things and did some bad things. I got into fights with people at school and wasn’t doing well in life.

I believe being a part of the Edmund Rice Programs saved me. The opportunities I got when I entered AFL were life-giving, exciting, and I wanted to experience it more because I had never been a part of anything exciting. There are not a lot of sports like AFL that can challenge the way you think and carry yourself in life. I never felt what I felt being a part of the AFL community. I grew up playing sports such as Basketball, Soccer and Volleyball, so I don’t think it’s only the sport. You are a part of a culture, people and environment that is built for you; so I like the life-giving experiences AFL gives people. It challenges you physically and mentally to make decisions, and teaches you that people will always get around you no matter the circumstances, failure or winner.

There are some major challenges in playing footy; the culture of the sport can be brutal sometimes if you are clueless. It’s exciting but it’s slightly hard to transition because you get congratulated left and right after win celebrations, there’s the passion of team mates, and the pace of the game – it gets hard when you’re not used to it. I was in shock after my first club game. I was like, “What in the world just happened?” My senses went missing that day, but I played the following week.

It is lonely playing this sport because you look to your left and right and there is not a single African girl alongside you. Obviously, things are changing and there are more African girls playing, especially for my club. It’s hard when you don’t get the same support as your team mates – their parents come to each of their games to show their support which is different for a young person from an African background. Transport and parent support is one of the biggest challenges we face, especially on Sundays.

For now, I don’t have any major plans; I just want to keep studying and hopefully get involved in more exciting opportunities soon. I wanted to be a national AFL coach but I don’t have that dream anymore because I’ve realised opportunities will come when you work hard in life and never give up.

I think AFL has a lot of work to do with girls from different backgrounds, especially African girls. More girls are playing AFL, and only a small percentage of those girls are African girls. Soon, I’m certain we’ll see more African girls playing AFL. The game is also becoming more inclusive, and clubs will eventually have to learn to cater for diversity; and when that happens, more girls will be enabled to take elite opportunities on board.

No, not the Disney character. I am a first-born in my family. When I was young, I remember emulating everything I saw in my…