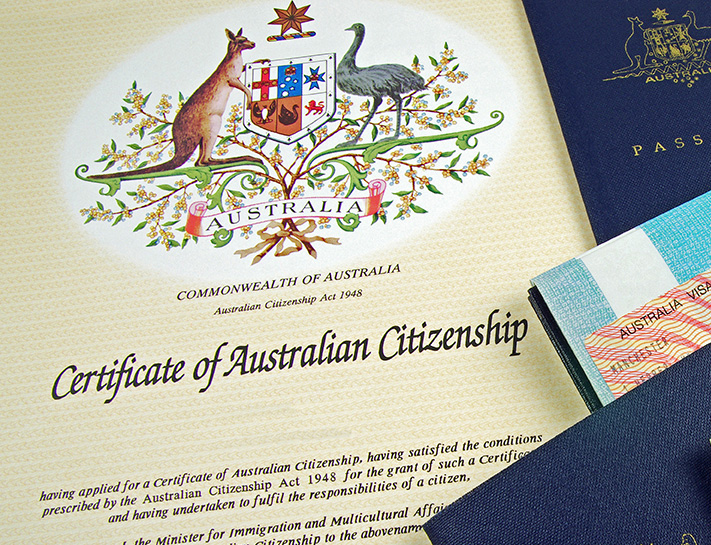 For many African migrants, the day they stepped foot onto Australian soil was a day of good tidings and joy.

Many had been victims of war and famine, moving from country to country as people without a home or a place to call their own. Then there are those who come in through the skilled migrant program – professionals that jumped hoops to get in to Australia seeking a better life for their families and Foreign students seeking to become members of the Australian community at the end of their studies.

For some of these people becoming a citizen of the Australian society was akin to finding a place to call their own, and live out their hopes and dreams. However over the years the Australian Government has fiddled with the process it takes to become a citizen. According to the Australian parliament house website (www.aph.gov.au)

The crux of his speech and the details filled up by the immigration minister Peter Dutton, state that applicants would spend four years rather than the current two years as Permanent residents before they can apply for citizenship. Then a tougher English test using the IELTs exam with a standard of 6.0 across all bands. The new test would also show inclusion into Australian society and adoption of “Australian Values”. For many migrants that would mean a wait of at least seven years against the current four years before they can apply for citizenship.

The reaction from the migrant community was understandably that of shock and bewilderment. The English requirements were seen by many as being too difficult for a great number of people to attain even for the average Native Australian. The level of 6.0 is currently what university admissions use for international students and what the Immigration Department asks of aspiring Skilled migrants. For people with skilled migrant visas it seems more like a repetition and a means of double taxing them on a test they had already passed. For other classes of migrants who have attained functional English within the Australian community the language test seems more like a means of excluding them from attaining full citizenship in Australia.

The second narrative was that of Australian values, values that even the Prime Minister said would be determined by asking the general public. Issues like domestic violence and gender equality were mentioned but some of the migrant communities already feel threatened as they feel the new tests are targeting their traditions and culture.

SALT Magazine spoke with two migration lawyers who shared their opinions with us. For Stephen Tongun “One of the things everyone talks about on getting to Australia is the concept of a ‘fair-go’  As soon as you come to Australia everyone is given a ‘fair-go’. This legislation is contradicting all of that!”

The values raised as Australian values by the Prime Minister are generic values found in most countries today.  Stephen’s business partner Omar asks a vital question, “what constitutes Australian values? You don’t break laws, do you have to drink and have barbeque’s everyday to become Aussie?”

Stephen added that “One of the values not mentioned by the Prime Minister is the fact that as a migrant nation it is Australian to accept that people have different values and that we are here to appreciate people’s values and actually uphold the rule of law.”

The language test has also been seen as an elitist move to exclude various members of the migrant society from engaging in full rights as citizens. The political class seem to rate English as a measure of intelligence or as a the only tool of integration as alluded to by the Prime minister when he said “The key to successful integration into the Australian community, and every success, is being able to speak English.”

The issue of integration raises a question of how migrant groups sometimes are allocated to areas – especially with refugees.  It was observed that when the Sudanese refugees came in the late 1990’s and early 2000’s, the Government put them in low economic class areas. With time, those areas become hubs for such communities. It’s a general observation that different migrant communities live in certain areas. It’s the same with the Italians, Greeks, Afghans as well as African communities. These communities get engaged within these areas with school, work and play. As such can they not be said to have integrated? It is clear that the issue of integration within society goes beyond employment and enrollment in schools. It takes effort from people from all communities within the Australian society to reach out to each other to attain full integration.

The proposed changes were defeated on the floor of the House by the Opposition, but the news of the defeat did not elicit much joy from the migrant community. Many are ambivalent, they feel that they are contributing to the economy, they are law-abiding and fulfilling all the requirements and yet the government seems not to be cognizant of these efforts. On this ground many migrants are losing faith in this Government.

“I wasn’t surprised that this bill wasn’t passed. Three days ago Australia was given a seat on the UN Security Council and also the Human Rights Commission so it was a bit contradictory that they would be pushing this now. As the Opposition Immigration Minister said, ‘if you have an opportunity to apply now, do it, because this Government will try again and again to push this bill through,’” said Omar.

The way forward is for the various African migrant communities to come together and fashion out their own voice. Statistically speaking there are a greater number of Africans who are law-abiding and contribute to the economic advancement of Australia. The political class can also take the bull by the horn by incorporating members of the migrant community into the political class of Australia in various advisory roles as we have seen in other western countries like the United States of America, the United Kingdom and Germany. This would pave the way for increased integration and a better understanding of the different cultures within the Australian society.

We’re wishing all our readers a Happy Australia Day today. No matter where you come from, we’re grateful to call this wonderful place home!…