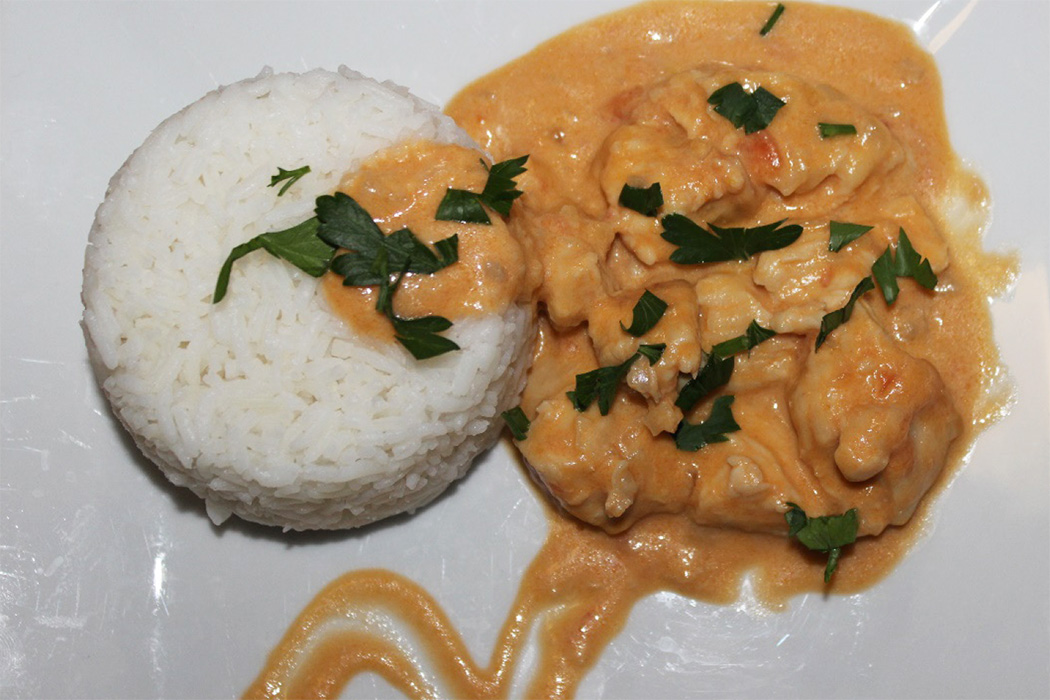 They say ‘food is life’ and over thousands of years this fuel of life has continued to evolve. Migration has played a key role in spicing up recipes and creating  lasting distinct culinary flavours from around the globe.

In this edition of SALT Magazine, University of Adelaide student Vanda Lucas from Mozambique shares with us Caril de Amendoim – a popular local dish from her homeland.

Mozambican cuisine is a blend of local, Portuguese and Indian cuisine. Boasting of a coastline which stretches for more than 2,500km their local food recipes usually include coconut milk, peanuts, cassava roots and leaves, chicken and seafood. Most of their curries are accompanied by a popular African side dish made out of maize flour into a porridge and hardened. Mozambicans call this xima (pronounced “shima”) or uthwa (pronounced “ooshwa”).

Caril de Amendoim is a typical Mozambican recipe mostly found in the southern part of the country, mostly in Maputo and Gaza Province. It  literally translates to Peanut Curry. It is typically made with coconut milk and ground peanuts (ground to a powder). Chicken or fish (horse mackerel) is usually added to the curry to make it extra delicious.