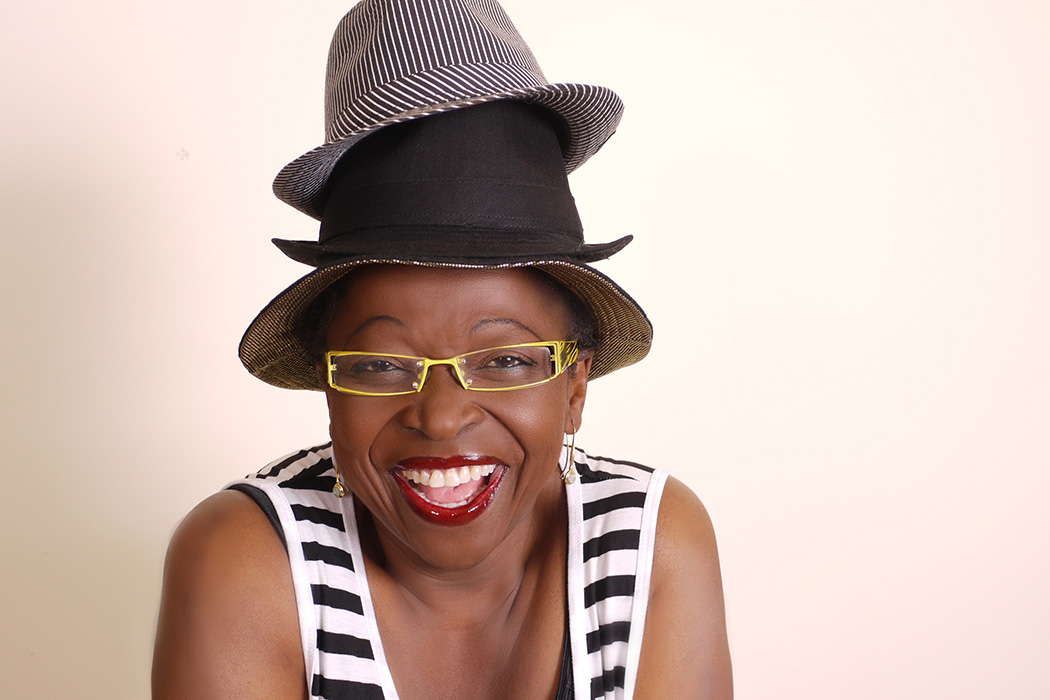 A role model for all African Australians, Dorinda Hafner wears many hats and is one of South Australia’s most prominent success stories.

Among the first Africans to call South Australia home in the 70s, she has gone on to become a household name, an internationally acclaimed chef, TV host, author and motivational speaker. Her jovial personality and hard work have propelled her to the highest echelons of society in Australia and different parts of the globe. Her prestigious honors include best TV series awards in 1997 & 1999 for her “A Taste of the Caribbean” and “United Tastes of America”, the Living Legend award presented to her at the Sydney Opera House in 2012 and named by Australian Prime Minister Julia Gillard as ‘A People of Australia Ambassador’ and  in 2014 receiving The Special Jury Award at The World Gourmand Awards in China for her 8th book “Honey I shrunk the chef”.

In retirement, she keeps herself busy as a marriage celebrant, a grandmother and board member for her charity “Australian Sponsorship 4 African Kids” (AS4AK). SALT Magazine had the opportunity to chat with Dorinda on a wide range of issues including her Australian journey and some of the challenges she faced on her quest to break down barriers and achieve her dreams.

Born in Ghana, West Africa, Dorinda moved to Australia with her family from England as a dispensing optician and a registered nurse. “I wasn’t used to being stared at or people taking the liberty to touch and fiddle with my children’s hair without asking,” said Dorinda with a hearty laugh.

But that was just the tip of the iceberg. Dorinda had to put up with many racist comments during those early years. She said some people she met talked slowly, dragging their sentences, to ensure that she understood what they were saying.

“I used to say to them ‘Have you got a speech impediment? Can’t you speak properly?’ A woman once put her hand in my hair and started ruffling through it, I said ‘Excuse me what are you doing?’ and she said ‘I’ve always wondered what the hair of your people feels like?’

“I was walking down Rundle Mall in front of Harris Scarfe, they were demonstrating sewing machines, a man was there calling people to come and see. He called me and said ‘Madam, we’ve got the machine just for you, it is so simple to use, any idiot can use it. You don’t need a brain to work with it; it is so good it actually works by itself’.

“I know he wanted to sell but it seemed like he was saying here is a stupid woman, she doesn’t have a brain, she will be able to use it”. He was not very tactful.

These experiences emboldened Dorinda and gave her the energy and motivation she needed to move on. She started a program called Africa in schools at St Mary’s kindergarten (now known as Pasadena Kindy after another interesting incident. “One day I went to pick up my son and one of the school assistants went and grabbed this boy from Zimbabwe and brought him to me and said to the boy ‘Your mom is here.’ I said that is not my child and the woman was adamant that he was my child and even the kid had to say ‘That’s not my mummy, that is aunty Dorinda!”.

Due to that incident, the school director later asked Dorinda if she could present an evening talk to the kids and their parents about her country of origin.

“I thought that was a lovely idea, children like music, games and dress-ups so I brought some African clothes, some drums, specially seasoned, baked chicken wings plus some palaver sauce with rice that I made.  Two hours later, they didn’t want to go home and then their parents started calling me asking ‘How come my children never eat spinach but they love your spinach?’ They started asking for the recipe and it started that way and within weeks I had bookings for over twelve kindergartens, so my husband said ‘You can’t spend all your evenings writing recipes for all these mothers, why don’t you just film it for them or put it in a book?’ and that’s how it started”.

According to Dorinda, her family was well known in Ghana for their culinary skills. “It didn’t matter which career or profession we belonged to, our number one priority was food. My mother was a midwife, she had her own maternity hospital but people used to come to her asking for recipes. When I was growing up my mother would cook this exotic food and I’d be embarrassed to bring my friends home. I used to wonder why she didn’t cook the same foods I saw being sold on the streets, you know, like ‘waatse’ (rice and beans) or fried plantain. I didn’t realise that was part of my culinary skills training”.

Knowing how to cook was just one part of the process, the challenge Dorinda had to deal with was how to market palatable African food to mainstream South Australia and the rest of the western world. So she had to come up with a fancy way to present African dishes with a unique and enticing look. “

“People eat with their eyes first and then their nostrils, before food gets to their mouths. You may cook a nice Jollof rice but if you just put it in a bowl or on a plate, it’s not that appetizing, but if you get one big lettuce leaf and use that as a bowl and put the Jollof rice there and then garnish it with a cherry tomato or two and a sprig of fresh basil in the middle, it’s the same thing but looks quite different”.

Dorinda believes that the progress of the African community in SA depends on having the right attitude. “We should start by being friendly to our fellow Africans, that’s how people will start to respect us. We are all thinking as individuals, we don’t think collectively, everybody is out for themselves and that’s not how it should be. We should be like a family”.

Another concern of Dorinda’s is the misplaced priorities of some in the African community. “They act like children in a toy shop, they don’t think about having a roof over their heads, instead they think about driving SUVs, having a big television set and expensive sound equipment but meanwhile they are renting.

“We should have learnt from previous, wise immigrants like the Chinese who arrived here before us, they combined their resources to buy one big house. They would live in it and work very hard to pay off the mortgage of the house as fast as possible, get a second mortgage and so forth”.

When asked about why she kept a low profile at community events Dorinda said lack of support for one another and infighting within the community doesn’t sit well with her.

“We are all Africans, why should we be fighting each other? That’s why I stopped going, we have brilliant people but because we don’t respect and treat each other right, we don’t get recognized”.

Dorinda’s parting advice for the new and emerging African community in SA is to “put on your blinkers and see the positives, roll up your sleeves and work not just alone but together”.

It was a great honor talking to Dorinda and we really appreciate her outspoken and candid discussion about her experiences and observations of the African community in SA. We wish her all the best.

The Sierra Leone community in SA celebrated their 53rd Independence Anniversary on the 3rd May 2014 at the Klemzig Community Hall in Adelaide. It…