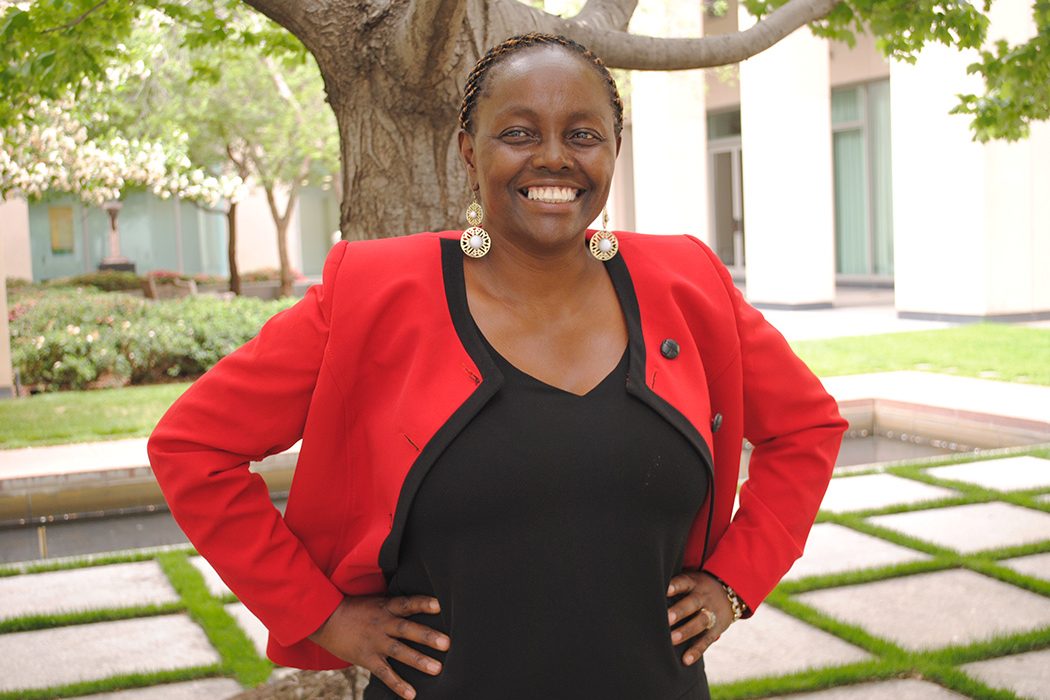 In recent years, we’ve seen some African Australians unsuccessfully vying for parliamentary seats in both federal and state government.

But sometimes success comes from being the right person, in the right place at the right time.

As fate would have it, the Australian High Court ruled Bob Day’s election to the senate invalid and Lucy Gichuhi made history as our nation’s first African Australian senator.

News stories followed, depicting her ‘fairy tale’ journey from her childhood spent in the slums of Kenya to attaining one of the highest offices in Australia.

SALT Magazine sat for a one-on-one interview with the new senator to talk about her new role and how she will address some of the challenges facing the African community in Australia.

Senator Gichuhi said entering politics was not on her mind when she arrived in Australia from Kenya with her husband William and young daughters Peris, Agnes and Joy in 1999.

She was more concerned about how to settle and adjust to her new environment.

Reflecting on how it all started, Senator Gichuhi said her political journey happened very quickly.

“After finishing my law degree, I started doing an internship with former senator Bob Day in Canberra, he asked me to be on his ticket, I agreed and the next thing I know I’m a senator.”

When the Australian Conservatives Party absorbed her party after the election, Senator Gichuhi opted to serve as an independent instead: “I’ve never thought of myself as a politician but I’ve always been keen to champion people’s causes, I’m kind of a problem solver,” she said with a hearty laugh.

The Senator said her primary focus will be on aged care, financial literacy and adult literacy for people from multicultural backgrounds.

When it comes to the challenges facing the African Australian Community such as unemployment, domestic violence and racism, she said she hopes that her current position helps to demonstrate that people are free to pursue their goals in Australia. “If just one person hears my story andis encouraged to pursue their dreams and know anything is possible, then I am happy,” she said.

Senator Gichuhi would also like to see African Australians engage with the wider community and volunteer in all spheres of life, including local councils and the legal system, so that people of African descent are more visible and able to help each other as well as break down racism.

She also talked about the dependency syndrome in the African community and emphasized it was vital to go to school and study English and then develop the skills needed in Australia so it is easier to get a job.

“It’s called positioning, there comes a time when we have to be clever and think of what this country needs. Doctors and nurses will not be discriminated against because they are needed.”

According to Senator Gichuhi being the first African Australian senator feels like first day of high school. “It’s a challenge, I’m not only doing for me but for all of us coming from multicultural backgrounds, for most of us who are the first of our generation to come to Australia. We must know that anything is possible here and we can challenge racism.”

Her parting message to African Australian readers is to start at grassroots level and work your way to the top.

“Let’s position ourselves to be seen. Let’s recognize we are here now and ask questions and ask for positions, I’m not saying employment, I’m saying ask for leadership positions. Ask , to  volunteer…we need to break through and be involved in mainstream activities.”

It was great talking to Senator Gichuhi and SALT Magazine wishes her all the best.

The Pearl of Africa

Winston Churchill made his first journey from Kenya to Uganda in 1907. Upon arrival he observed and named the land. “The kingdom of Uganda…