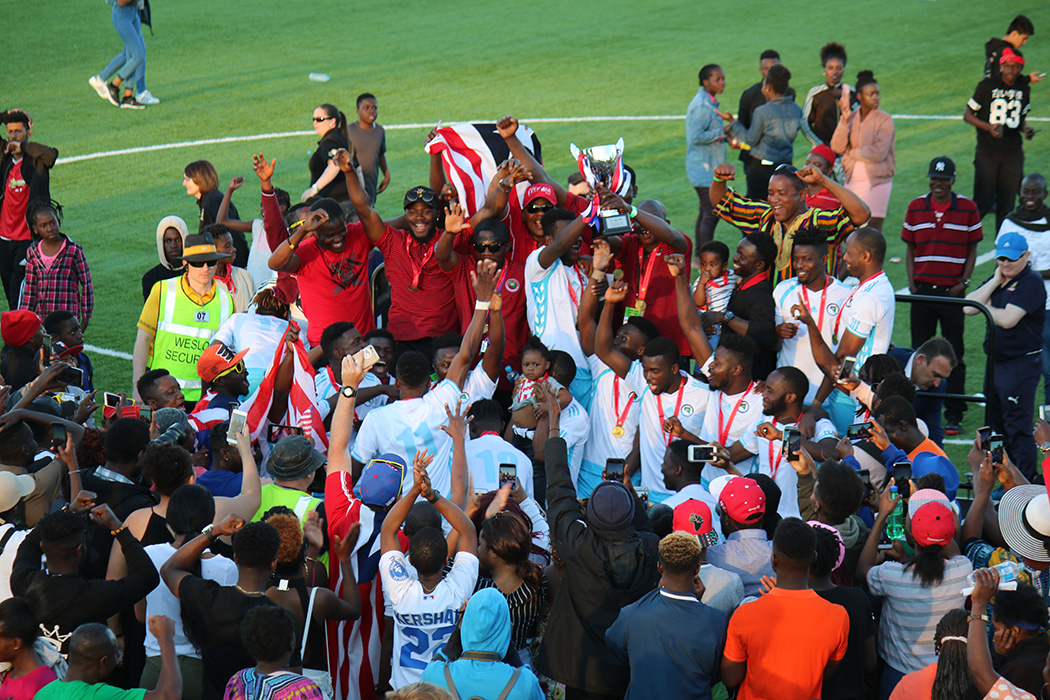 Flair, passion, teamwork, goals and spectacular celebrations have all become customs of the African Nations Cup in South Australia (ANCSA).

The 2017 Cup was no different, with plenty of action taking place on the field and vocal support from the stands. 16 teams competed for the coveted prize but only one nation could claim victory.

Mabok Deng Mabok, chair of African Communities Council South Australia (ACCSA) who have hosted the event since 2013 said eventual winners Libera were worthy of the cup.

“They deserve to be champions because they put a lot of work into it,” he said.

The West African nation have become the most successful team in the competition’s history after clinching a record fifth title.

ANCSA’s newly appointed coordinator Arsene Iribuka believes he can drive the competition forward and was proud to see so many countries being represented this year.

“Though we started in the late 1990s we still have a lot to achieve on a number of fronts,” he said.

“Right now, it is by far the premier African community event that people look forward to from year to year.”

Just over 2000 people attended The Parks Football Centre in Adelaide to watch the final unfold.

Mr Mabok outlined that partnering with the Football Federation South Australia (FFSA) has helped the tournament grow each year.

“Our young people out there can be seen by other big clubs and may be get the opportunity to play for those clubs,” he said.

“This has made the African Nations Cup [SA] really popular, attracting a lot of mainstream clubs and interstate players to come and show their talents.”

Mr Iribuka said making the competition sustainable is the goal and is currently developing a way to help solidify the annual event.

“What is certain is that we will continue to work with our African communities in SA, corporate sponsors, FFSA, the State and local Government to make this competition sustainable and the best of its kind in Australia, and then the world,” he said.

The ACCSA chair praised tournament organisers, officials, sponsors and the media for their hard work in facilitating and promoting the event.