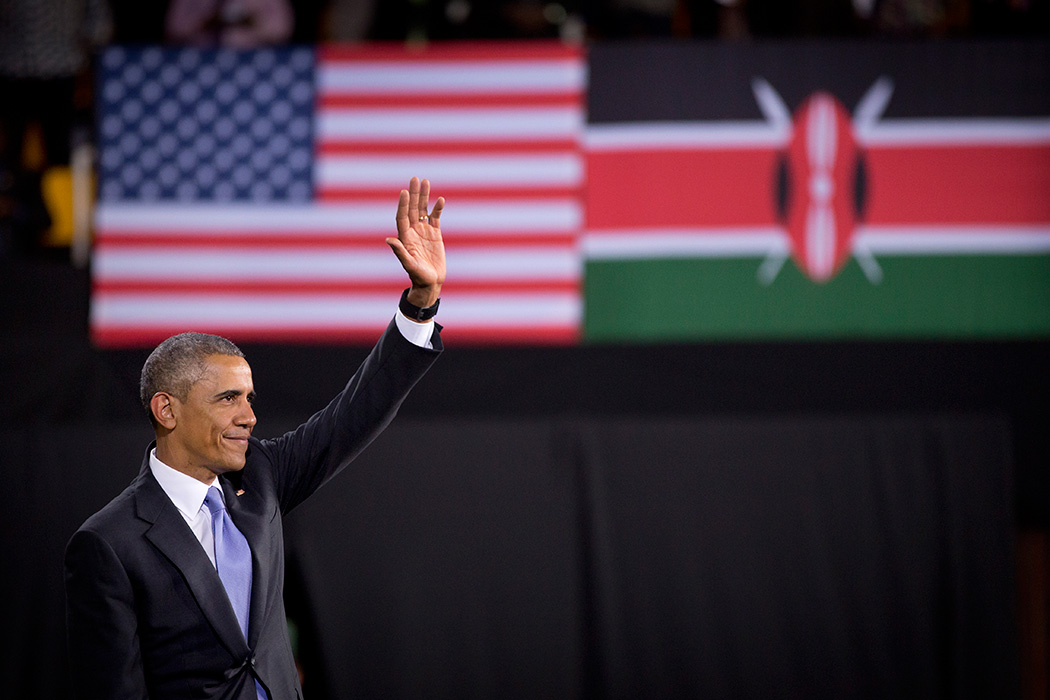 Obama in Africa: A positive sign of Africa’s advancements or just another case of  neo-colonialism on the continent, albeit under a man of African descent?

In July this year, US President Barack Obama became the first American President ever to visit Kenya – his father’s country – as Commander in Chief. In another significant first, he also visited Ethiopia.

There was great anticipation and high hopes for the visit which came at a crucial time – the tragic Garissa University College attacks in Kenya’s north by the Somali terrorist militant group Al-Shabaab had inflicted more pain on the country and Ethiopia recently hosted its presidential elections.

Many saw the visit by the Hawaiian-born President as a chance to strengthen the United States-African relations and cast a much-needed positive light on Africa. In other words, a chance to show the rest of the world just how far the continent has come.

Indeed the President expressed a strong belief in his fatherland whose potential and progress meant there is “no limit” as to what the country’s youth can achieve.

As the son of a Kenyan with lots of family in the East African country, Obama delivered clear and strong messages to the Kenyan Government and the public.

He wanted more transparent political processes, greater civil liberties, sexual equality for all regardless of sexual orientation and an end to homophobia.

He called on Kenya to deal with its destabilising corruption and tribal conflict, improve healthcare and education, confront terrorism and, crucially, treat women better by ending forced marriages and genital mutilation.

Integral to the President’s visit were Ethiopia’s standing as the fastest-growing economy in the world in the past decade, its key role in regional security and the fight against terrorism.

He criticised its lack of transparent democracy, particularly the lack of opposition in the May parliamentary elections. This criticism was situation normal: Ethiopia is often praised for its economic advances but heavily criticised by the West for its stance on democracy and lack of political freedom.

During the visit, many lucrative deals were signed between the US and Kenya. Many of the deals appear as if they will benefit the East African state in the long run, however, a key motive of the US was undoubtedly to challenge China’s strong influence over the continent.

China is now Africa’s largest trading partner and the US will do its utmost to thwart any Chinese influence. Close diplomatic ties are now in place with China which has helped build roads and railways, and improve infrastructure, and even assisted with the build of the African Union Headquarters in Addis Ababa.

Amid the many positives of Obama’s visit to these two countries, there were obvious signs of neo-colonialism and channelling an African country’s problems through a Western lens. This is the motive behind the New African Magazine’s Dr Manyasa’s statement that on the whole Africans have been exhausted by the West’s focus on democracy and other rhetorical lectures. Dr Manyasa and many Africans believe the continent is in need of immediate solutions to basic needs, such as unemployment, poor roads and infrastructure. The West as a whole has a strong focus on the importance of democracy and the freedoms it brings, as well as a focus on the opening of markets for trade and FDI.

But what about ways to drastically decrease poverty and increase access to potable water?

While speaking to a large Kenyan audience, President Obama said “when you start treating people differently because they’re different, that’s the path whereby freedoms begin to erode, and bad things happen.” This statement is true but of course a plethora of articles could be written on the mistreatment of people by the US, notably African-Americans.

Nonetheless, Obama’s visit was by far the most fruitful out of any US President’s visit to Africa, raising important local issues and achieving economic and military ties.

The visit could possibly “wake up” the leaders of the respective countries, to further develop – President Obama recognised the development of not only Kenya and Ethiopia but of Africa on the whole, which is sometimes not acknowledged by Western leaders. However, there was a recurring neo-colonial feeling to the visit, and especially to the tone in which he spoke towards the two countries.

Yes, the problems he addressed were crucial ones for both Kenya and Ethiopia, however, the two countries also have more pressing issues than the lack of a transparent democracy and lack of sexual freedom that Obama should have focused on instead.

PHOTO: President Barack Obama waves goodbye to the crowd, underneath American and Kenyan flags, after delivering a speech at the Safaricom Indoor Arena in the Kasarani area of Nairobi, Kenya. (AP Photo/Ben Curtis)

Miles apart but so close to home

They may be miles apart but a special bond binds Australia and Tanzania. It started when Gemma Sisia, a countrywoman from New South Wales,…