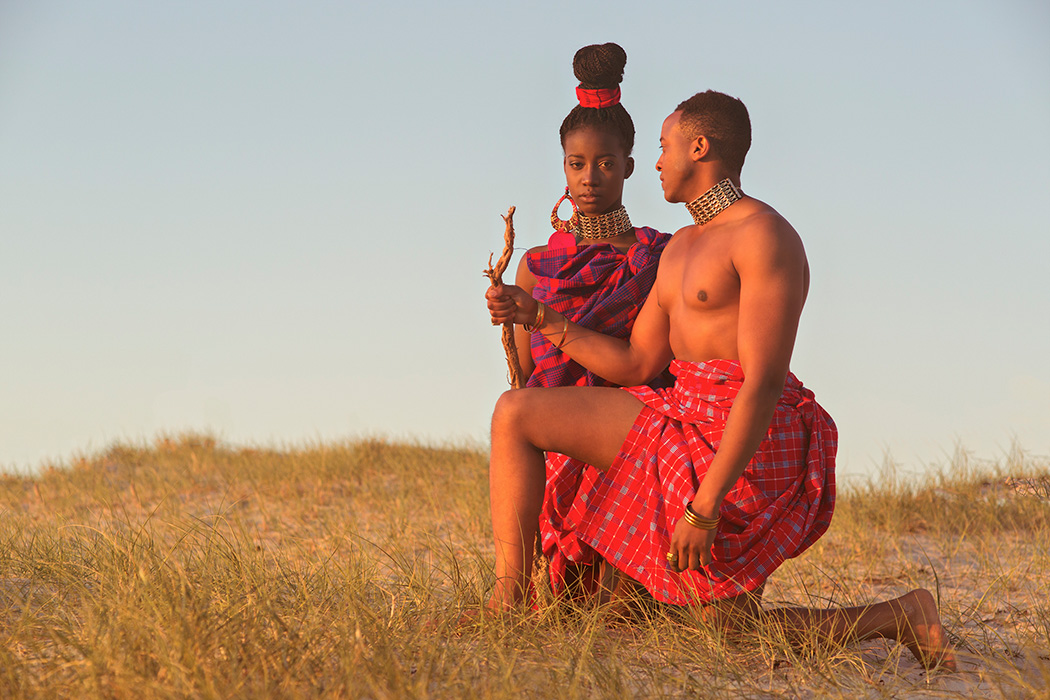 The show is the brain child of African Australian elite model Adau Khot originally from South Sudan and has been going on for over six years with the help of community volunteers.

A couple of weeks later after the dust has settled SALT Magazine organised a photo shoot and caught up with the winners for a chat about their new found fame and what being a young African Australian means to them.

Q: What has been the impact of winning the Mr and Miss Africa SA 2015 and what did you learn in the process?

Mr Tanzania: The impact has been pretty huge. I feel like I have a duty to be more responsible and participate more within my community. We had two rehearsals weekly; that may not seem much, but we did have to learn a lot in a short amount of time. During this time I learned patience and discipline, and am grateful.

Miss Liberia: Since winning Miss Africa SA, I have become a lot more confident. I think this is because of all the rehearsing we did leading up to the show, and on the day it was left up to us. We had to show ourselves, represent our country and showcase what we wanted to represent. The show encouraged us to be individuals, even though we were united as Africans. Through winning Miss Africa, I had the opportunity to meet great people along the way, and I am very grateful for that.

Q: How would you describe the relationship between the young and old generation within the African communities in South Australia?

Mr Tanzania: There is a huge gap/difference between the young and old in the African Community. The young have a more relaxed attitude towards life while the old are maintaining tradition and culture. For example, I know more of the Australian customs than I do of my Tanzanian, but I’ve tried to learn and practice as many traditions [as I can] so I don’t lose my identity. But the young still – and always will – respect their elders and the old will continue to influence and help shape the youth.

Q: How old were you when you came to Australia, and what are some of the challenges you’ve had to overcome growing up in Australia?

Mr Tanzania: I came to Australia when I was four years old. I have had several visits to Tanzania throughout my life, to visit family and also to learn and keep customs alive. Growing up here, many challenges have arisen, but nothing I couldn’t overcome. Integration within the community has been relatively easy for me. I am an Australian as well as an African and the majority of the people that I’ve met see me as such. I haven’t faced some of the problems new migrants have or are facing when moving here.

Miss Liberia: I was seven when I arrived in Australia. It’s still hard to become accustomed to the “Australian way.” To this day, I still have trouble accepting some of the things I see. When I was younger, I desperately wanted to be as Australian as I could possibly be. I would hang out with white kids and try to speak like them. But I guess, through it all, I’ve learnt and adapted to the Australian society, and now I have black friends and I still speak my native language fluently. Another struggle has been the fact that I don’t have all of my family with me and I believe many Africans relate to that.

Q: Would you like to go back to your country and live there?

Mr Tanzania: I would love to go back to Tanzania and live there for some time. Most of my family are there, and the lifestyle in Tanzania is good provided you have a steady job and good connections. However, it would be hard to leave friends and family that I have living here.

Miss Liberia: Yes I do want to go back to Africa; maybe not to live there permanently, but definitely for a visit. Although Africa is my roots, I definitely regard Australia as home and would always come back here. Many years from now I do plan on travelling back to Africa. I want to become an Obstetrician and while I’m in Australia I will send medication and equipment to assist childbirth and taking care of babies. Later on when I travel, I want to set up small stalls/consulting rooms for woman to come and learn about their health and the health of their babies, and also what they can do to better their wellbeing.

Q: If you have the power what would you do to make a difference to our world?

Miss Liberia: I would give every child in the world their right to an education. I would make sure that every child, no matter what gender, race or religion, has attended and graduated school at a tertiary level. I believe that the key to living a good life is education. Through education people can get qualified jobs that pay higher and that would drive their country’s economy.

Mr Tanzania: Australia is indeed a lucky country. I love the mix of different cultures and races living harmoniously. It has a good support system within the country. Poverty is indeed a choice as the Government does its best to support everyone, including tertiary students like myself. Unfortunate to say, racism, although minimal, is still very present here, especially towards those of ethnic backgrounds. And it’s even worse when English isn’t your first language; but there’s an expectation that it should be, and that leaves a lot of migrants/refugees in the dark when in search of a job.

Miss Liberia: I love the freedom and the opportunity Australia has to offer, and the fact that Australia is a wealthy country where so many people can live comfortable lives.

Q: What would be your message to young African-Australians?

Mr Tanzania: You can do anything you put your mind to – even if you don’t succeed at first, never give up!

Miss Liberia: Believe in yourself. Believe that you can do anything, and that you are worth it. In other words, be your own biggest supporter!

In perfect weather The African Australian community in South Australia were part of the record number of 42,000 people who celebrated Australia Day on…