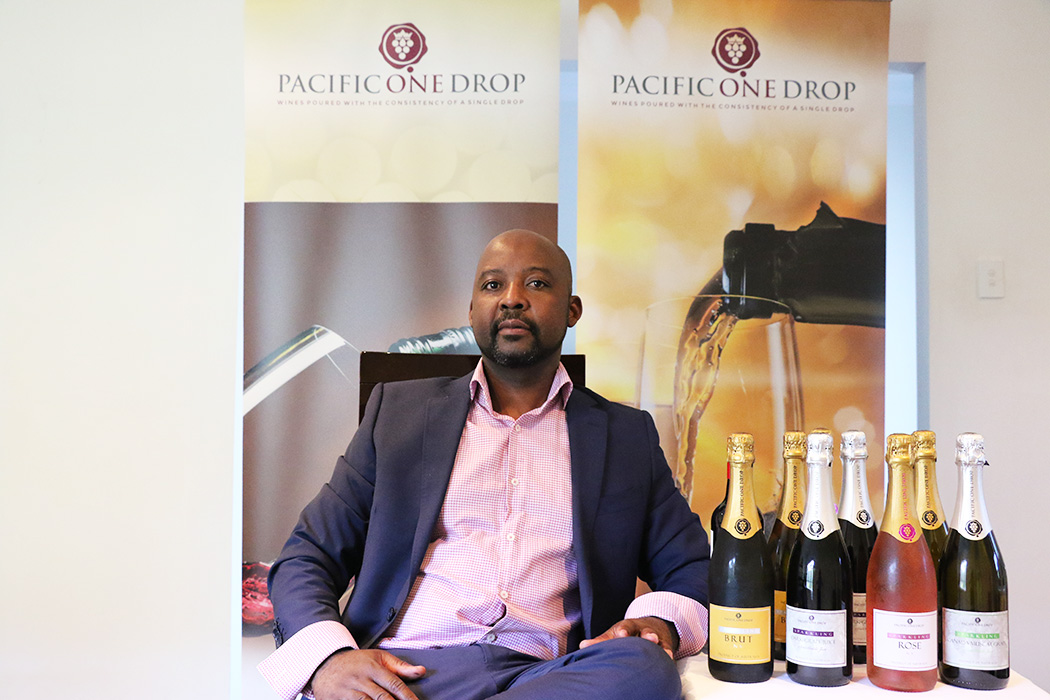 The diverse landscape of Australia offers an enticing range of food and beverages, and if you are a wine connoisseur then South Australia is the place to be.

For Zimbabwean-born Method Mukundu, it was a TV ad in the UK about life in Australia that spurred him on a journey to the land Down Under in 2012; it was love at first sight.

Three years later he partnered with Davis, a Zimbabwean friend to launch the Pacific One Drop wine label in South Australia.

“I think it’s a beautiful country with lots of opportunities and I don’t regret the choice” said Method with a positive affirmation smile.

“Since I came to Adelaide, I scaled down on beers and started drinking wine. I made numerous trips to the beautiful local wine regions; Barossa, McLaren Vale, Adelaide Hills and Clare Valley trying and tasting different wine. I enjoyed it so much and in the process gained experiential wine knowledge. One day I said to my wife, ‘can you imagine drinking your own brand of wine, your own product?’ and she is like ‘yeah you can try that’. I pitched it to a friend and we started from there”.

Method said he buys his wine mostly from McLaren Vale, which he then brands, packages and sells to local retailers in South Australia. “We look at the type of wine, the name to go with the varietal, the image or artwork to use on the label to make it appealing to the target market and the price point”.

“A lot of the psyche that goes into buying stuff is to do with what your eyes perceive and what style that brand represents; so we play with that psyche and try to manipulate it to create attractive brands”.

The Pacific One Drop name came about due to a mix-up with the graphic designer. “She asked us what name we wanted to use for our label and we said wine drop. When she sent us her plan proposal, she addressed it to us as one drop. I actually liked the name so I thought let’s keep it that way. The Pacific is added to reflect the region we are in”.

As a young business which has only been going for just eighteen months, Method said they haven’t made inroads within the African community in South Australia yet, but will be working towards that. One of their long term business goal is exporting Australian wine to Africa.

Method believes there is space in the African market for Australian wine to thrive. “I believe Africa is a hidden market and our intention is to tap into that market to create a new frontier for Australian wine exports. I call it a hidden market because, even though the region is home to almost a billion people, not many major Australian wine companies are looking at it and it’s not making noise either. I went to Africa for a reconnaissance and I was really impressed by the level of wine awareness and consumption. There is a lot of South African, French, Italian and Portuguese wine but there isn’t much presence of Australian wine”.

Method’s plan is to establish a strong relationship with the African community in South Australia and work out their behavior around wine to help him understand the market.  “As a business, we haven’t really taken our product to the African community except at the Kanda Bongo man concert last year in September which was good. I feel the African community is missing out on embracing the aspect of wine drinking and we need to give them that opportunity”.

Method’s parting message for those aspiring to start their own business is “no matter what your training or background, find something you like, work around your margins with the right passion and make sure you make something out of it”.

We wish Method and his business venture all the best.

FreekÀ Runway: A passion for fashion

In June, Lot Four Studio in Melbourne was abuzz with glitz, glamour and elegant African models at the debut of FreekÀ Runway, a new…