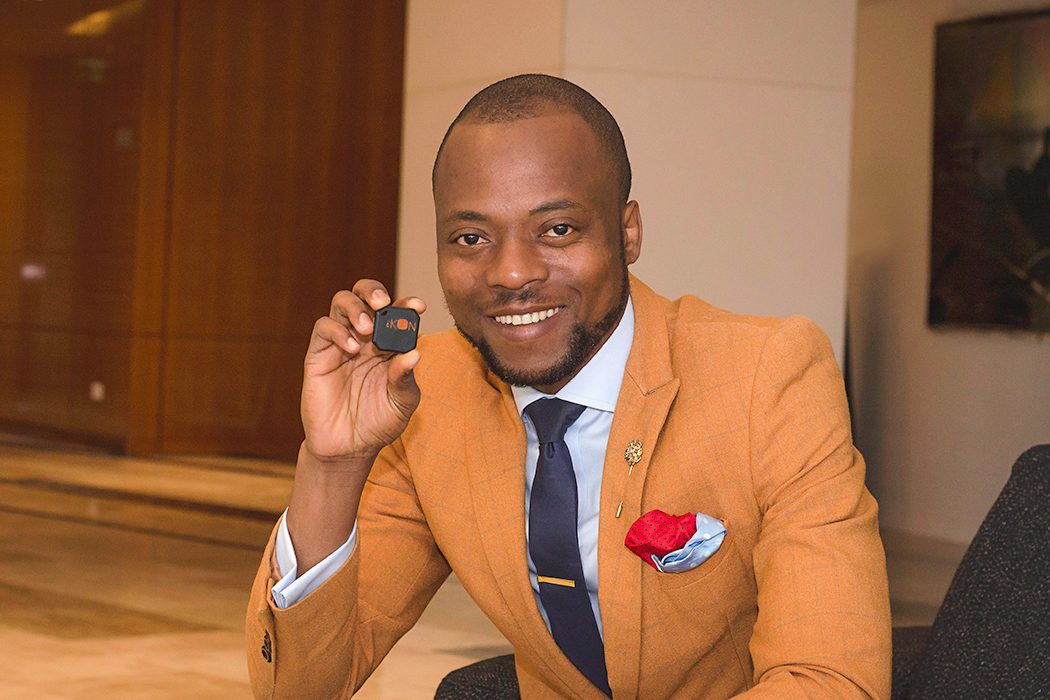 When Adedayo started telling family and friends that he will become a civil engineer and the President of Nigeria, they took it with a grain of salt. At that point in time he was a dropout from school and out of work. Fast track eleven years later, Adedayo has not become the President yet, but he has completed a degree in civil engineering and developed a multi-purpose innovative tracking device that is attracting numerous interest in Australia and the US.

SALT Magazine spoke with Adedayo over the phone from his Gold Coast residence to gain an insight in to his journey from Nigeria to Australia and talk about his Ikon tracker device which has raised over $30,000 USD in crowd funding, exceeding the $10,000 target sought.

According to Adedayo it all started out of despair and a sense of hopelessness he was feeling as a young man growing up in Nigeria. He said he wasn’t sure of what to do to help bring about change to his country. “The thought came to me, what if I became the President of Nigeria maybe I can make some changes, people were laughing saying you just wasting your time how can you become the president of Nigeria you don’t even have an education.”

As fate would have it Adedayo’s application for further studies at Central Queensland University (CQU) was accepted and he came to Australia in 2011. After his first year at CQU his exemplary performance earned him a spot at Griffith University to study Civil Engineering.

“So thanks to God I finished my civil engineering last year with a great accomplishment, now I’m more informed on how to help my country build it infrastructure because there is a difference between knowing about light and what makes it switch on”.

A man with his own agenda Adedayo said though he likes Australia he doesn’t intend to hang around for long.

“Right now I’m on a graduate visa, I came here to study and will be returning back home. I think we should all be thinking of ways to give back to Africa,” he said.

Currently Adedayo is fully occupied with his Ikon tracker project that has taken off and well received in both the US and Australia.

Adedayo said the idea of creating the Ikon tracker came from the insurgency he sees playing out in Africa with all the kidnappings involved. This led him to think about developing a device that will be affordable for parents in Africa to buy for their kids just so that in case they are kidnapped their location can be determined. “It’s not like it going to solve the problem 100% but it is going to help locate where they are”. 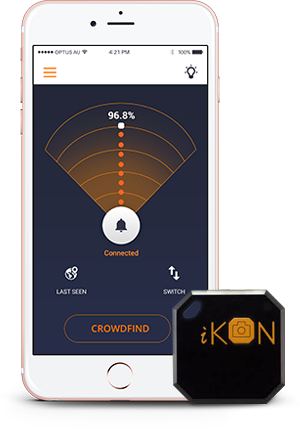 The Ikon Tracker also functions as a personal assistant to help people stay organised, you can attach it to your car keys and it will help you locate them when you are in a hurry and can’t find them.

It wasn’t easy pitching the idea to fellow Africans to support his project. “There are a lot of people that I spoke to, but they didn’t see it as a big deal, also when you are a Nigerian at times people just don’t believe you” he added.

But his resilience paid off and in the end he did get support amongst fellow students and Australians he met along the way. “My integrity and my character were my capital and my faith in God helped me a lot, that’s why I don’t see myself as an achiever I see myself as an ‘Engracee’ a term I coined for myself meaning receiver of God’s gift”.

Adedayo said the general reaction to the Ikon tracker has been beautiful and wonderful, there was a meeting we had in Brisbane, we invited 50 people and 150 people showed up to that meeting and  paid $25 at the door, it was a successful event”.

We asked Adedayo what he thinks about youngsters in Australia who aren’t making use of the available opportunities but are instead getting caught up in gangs and in trouble with the law. “What is happening is we have lost our identity, we have a responsibility to go back and help build Africa, I used to remember back in Africa when I had to drop out of University because of lack of money, I was like why can’t all these African American come and help us, now we are in their shoes and we are acting the same way, the young Africans need to build up their character”.

Adedayo’s parting comment is to thank the people who have believed in him and invested their time and money in to his idea. If you want to know more about Adedayo
and his Ikon tracker merchandise you can follow on Facebook or by visiting the website.

SALT Magazine would like to wish Adedayo all the best and will keep updating our readers about his progress and future Presidency ambition.