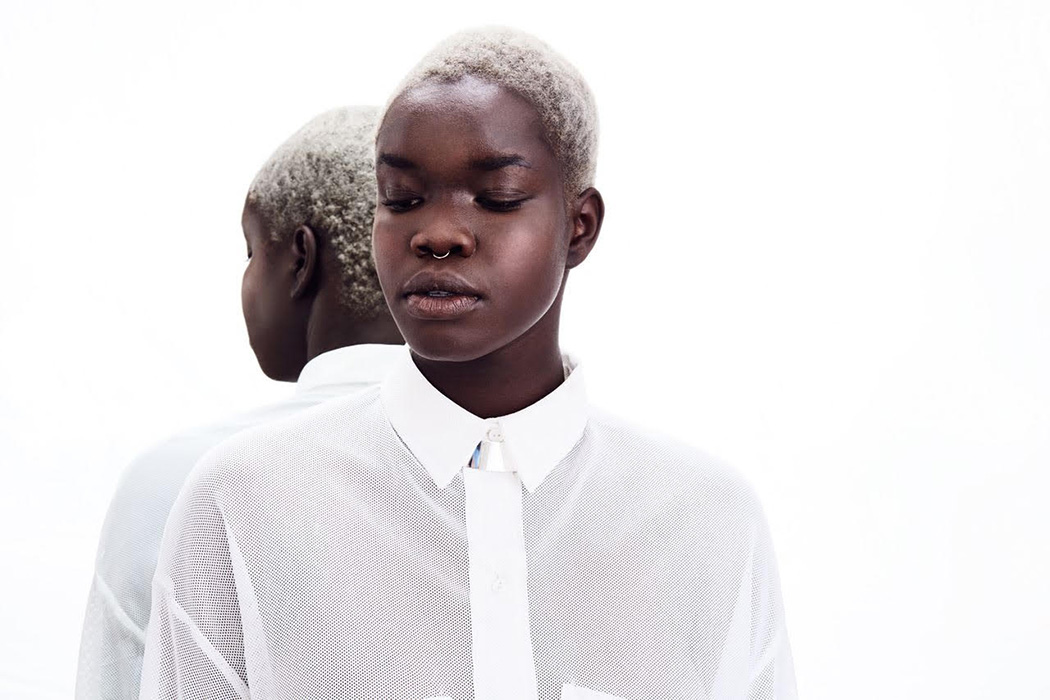 My earliest memories sit close to the front of my mind with the sickly sweet scent of ‘Pink’ hair moisturiser, the numb pain of overworked hair follicles and the sound of a wide-tooth comb gently breaking through the knots and tangles of my hair; my mama’s oiled hands wiping the residue on my already shiny forehead, laughter punctuating the phone conversation with Aunty so-and-so as Mama balanced the phone between her ear and shoulder.

I picked up my aunty’s earring one evening and handed it to her, a gold stud that had fallen out when my uncle hit her. He was gone, disappeared into the distance or camouflaged into the night. I was too young to have my questions answered so I gave her the earring and finished brushing my hair myself. My cousins knew the routine better than me and had already gone into their room to play video games. I sat on a cushion in front of the couch where my Aunty had been preparing my hair. I was getting Rasta braids with colourful beads just in time for school to come back. I really didn’t want Mama to do it because she wasn’t as good as Aunty and her braids never lasted as long.

Aunty came back into the living room and sat behind me on the couch. I passed the comb and hair moisturiser to her then leaned my head firmly against her leg. She parted my hair harder than usual and pressed her fingers and knuckles into my head with a bit more force than usual. She was quieter than usual, but I was quiet when I was hit too.

Aunty started the first braid, a fistful of hair pulled hard, and my eyes started to well up, but I said nothing. Then the second braid, a third, a fourth, the whole front right quarter of my head – pulling and tugging and silence, except for heavy breaths from somewhere very deep. I winced a little and she stopped. She gently pulled my head up so my eyes met hers and she smiled.

“Tell me if I hurt you, ok?” I nodded and dropped my head.

I closed my eyes and remembered getting in trouble earlier in the holidays; how I sat in my room afterwards scribbling with all my force until I tore through pages and pages of my school books; how after a few minutes or maybe a few hours I was drawing, fixated on perfect lines and circles, forgetting to tear the paper. I relaxed against my aunty’s leg; her breaths grew calm. My head still ached a bit but her fingers were soft when she asked me how school was.

My sister was born with big soft hair, lots and lots of it. She was brown with a forest of dark curls on her head and small purple lips. I learned to braid cornrows on her big head. Mama always told me to be extra gentle because babies’ heads are flexible. I would imagine imprinting my thumb into her head when I folded her curls over and under each other but I never actually tried. When her hair was long enough, I practiced individual braids that I tied off at the end with pink and yellow beads.

When she was a bit older and could harshly tell me what she did and didn’t want in her hair, we started experimenting with head wraps and scarves. We imitated our aunties and older cousins and I would make up stories to go with the heavy scarves I plopped on her head. This scarf belonged to Cleopatra, you know. She wore it when she slayed a dragon and became the princess of Egypt. My sister would imitate the dramatic gestures that went with the story, the swish of a sword, the regal walk of a princess.

By the time my sister was in primary school, only Mama did her hair. It had to be proper or people might make assumptions about us, Mama said. I thought that was silly. No one in our neighbourhood had seen braids like ours before, how would they know what proper ones looked like? I practiced on her when Mama asked me to brush her hair out and eventually I was good enough that Mama didn’t undo the braids I’d done.

By the time she was in high school, my sister wanted my braids less and less, then braids altogether less and less. I straightened her hair a few times, but the straightener was so fast that I could barely get a good story in before she had an awkwardly unmoving bob.

I had learned enough by then to do my own hair, which I did regularly, quietly alone, with a few episodes of a good cartoon to keep me company.
When I visit home, the first thing I see is my sister’s hair as she opens the door to take my bags and check if I brought lollies for her. I always comment: “Is that the same weave from last time? Are you sure you want to cut a fringe into it?” She’s finished high school and I tell her stories while I cut or comb or braid my hair. Sometimes she tells me things she’s seen on the internet while she practices braids, and sometimes I keep the ones she does in the back of my head where they can stay hidden and forgotten until I thoughtlessly feel their crookedness.

Atong Atem is a South Sudanese artist living in Melbourne. Her work explores migrant narratives, postcolonial practices in the diaspora and the exploration of identity through portraiture. She questions and engages with contemporary art, literature and academia through traditional and new media.