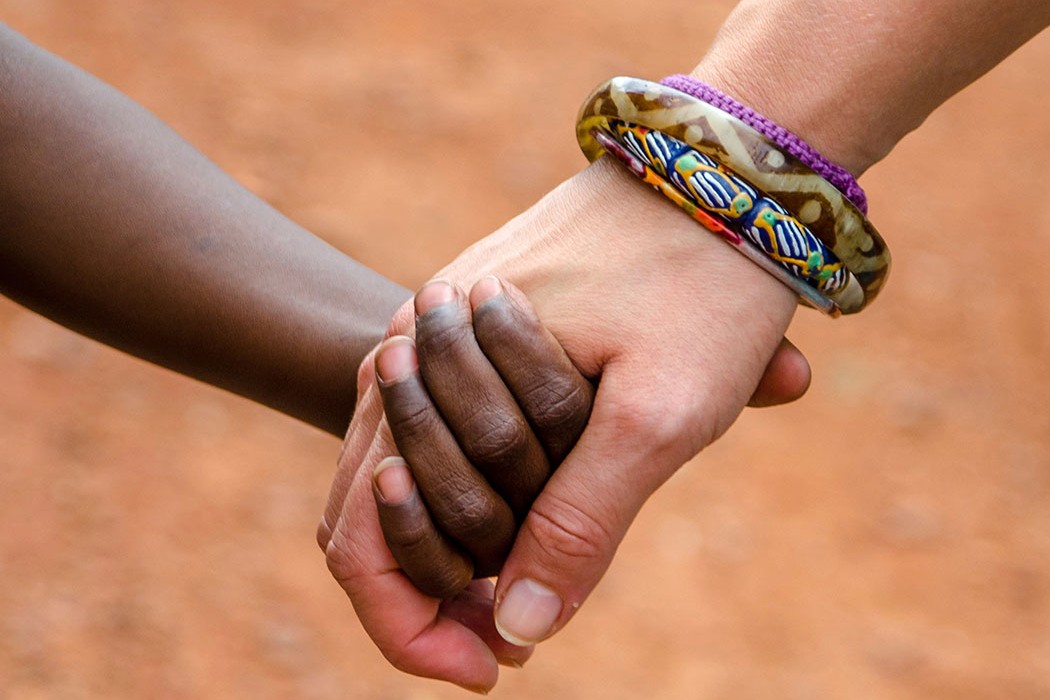 STORIES FROM NAMIBIA – AN AUSSIE’S EXPERIENCE

A few days ago I was having a chat to one of the teenage girls at a local orphanage when one of the boys came over and said something to her in their tribal language. The girl translated and it turned out he had to go to hospital that afternoon for a medical review and needed to be accompanied by an adult. For various reasons none of the adults seemed to be available and just as quietly as he came to us, he put his backpack on his shoulder in resignation and started walking away towards the front gate. It took me a few seconds to realise he was leaving on his own, when I called out “I’ll take you”.

The local public hospital was only a few blocks away so it didn’t take us long to get there and eventually we found a car park. I was supposedly the adult accompanying this 13 year old boy, yet it was he who led the way all too confidently through the various corridors to the paediatric ward, it was clear this was a path he had taken many times before. Like most public hospitals, it offered little in the way of comfort, even with the cute cartoon stickers on the wall of the paediatric ward, as the smells and the general uneasy feeling prevailed upon me inducing a sense of trepidation.

As we arrived it was time to measure his height and weight and await the Doctor. He wasn’t all that impressed with my presence; as it was clear that I wasn’t his primary caregiver, but he went on to explain that this boy’s most recent blood test was very concerning. In simple terms (and tell you what – the way my brain was spinning I needed simple terms) they expected him to have less than 20 specific units in his blood and he had 4300! The main reason: he wasn’t taking his medication properly. 2 tables, twice a day taken exactly 12 hours apart. All I could think is “this kid doesn’t have a mum, a watch to remind him of the time and most importantly the orphanage does not always have food for the children.” These tablets are known for their side effects of nausea/vomiting and it’s recommended they are ingested after meals and with a glass of milk. “Of course he isn’t taking his medication properly. How could he if he doesn’t always have breakfast and dinner, let alone a spare glass of milk?”

Yet the harsh reality of HIV, the doctor went on to tell me, is that even though it is well managed with medication – if these aren’t taken properly the virus gets too strong (which is evidenced in a blood test when those units get to a level above 1000) and as a result of that eventually the medication may not work at all.

OK! Was all I managed to come up with at that time. HELLO HIV!

But, it wasn’t until we walked to the pharmacy that reality hit me and I felt I had just been hit by a truck. My boy placed his health card on top of a pile on a table and we sat down on an empty spot we found amongst everyone else who also seemed to be waiting. The room was quite large and within it was a counter, the table with the health cards and about 4 rows of long wooden benches. I’d say we were 2 out of 50-60 people sitting side by side, waiting.

Eventually a nurse appeared and picked up the pile of cards. She started to call out names and in response people would call out a random number, or so I thought. “Five”, “Two”, “Ten”. What do the numbers mean? I was finally told by the lady sitting next to me that they represented the number of tablets they had left (meaning that these people had also not taken their medication properly over the last month). So, we weren’t in the hospitals pharmacy, we were in a specific section which focused on HIV patients. HELLO TRUCK!

4 hours later with our small plastic containers replenished with tablets for the next 30 days we left the hospital. It was late, time for a meal. And to my dislike, KFC was high on my brave boy’s wish list. It was only a few blocks away. He had been told about it by friends but had never been there himself.  So…. KFC it was!
The next day this same boy got up at 5am, took his medication, got dressed and walked 10km to get to school. Turns out a couple of years ago he was awarded a scholarship to go to a private school (on the other side of town) due to his academic achievements. But in an environment where there is limited food I guess it is only to be expected that money for public transport is non-existent.

Even though it is so prevalent in Africa you don’t speak or think of HIV. At least I know I don’t! In fact the topic is almost completely taboo and the prejudice faced by those who are HIV+ is immense. Often you will hear of a local person losing a family member in the village, when nobody goes on to explain the cause of death, it’s safe to assume that they were victim to the unspoken killer that is HIV/AIDS.

That was my first and definitely unforgettable encounter with HIV. I look forward to the day we reach some of those millennium development goals and we get to say “GOODBYE”  to it.