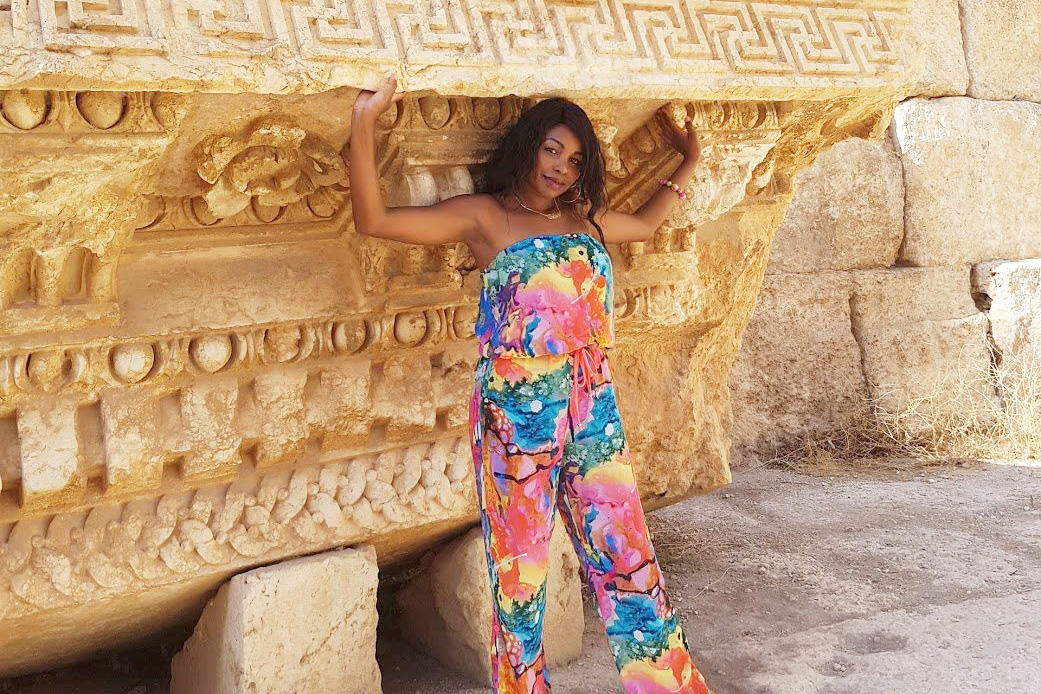 Travelling….. It leaves you speechless, and then turns you into a storyteller.

My adventure in the Middle East was tantalizing. It was nothing like I thought and nothing like the media says it is. On arrival in Beirut airport in Lebanon we took a taxi and Voila!! Welcome to the adventure of smoking in taxis. You forget how perfect our lives are here in Australia where the laws actually do protect the people.

The taxi driver lit a cigarette and was happily smoking with no consideration of the passengers which by the way included my 7 year old son, needless to say he spoke only in Arabic which is foreign to me and yes I know you are thinking how did we communicate. We gave him a note with the hotel name and that was it.

African women living in Lebanon are looked down upon because most of them are hired house help, for which they are considered inferior, a mindset which made my guts turn inside out. I was in the backseat of the taxi and every time I looked up I caught the taxi driver giving me the dirty looks like you know…… It made me wonder what the hell is wrong with the men in this part of the world. Totally ignored it but made my observation.

Within a few days just walking around, checking the scenery and adjusting I came to the realization that men did not respect women as they whistled, tooted their cars and even had the courage to stop and hustle you. I know I’m attractive but the approach is just so caveman days & it’s horrendous.

On the brighter side I must say Lebanon is a very beautiful country with awesome mountain scenery, good food, historical monuments and the people generally are ok. The delicacy we indulged in included frog legs, sheep glands and balls.

The first historical must see place was the Roman Baalbek Temple ruins a two hour drive from Beirut and very close to the Syrian border which is a bit scary. I braved it anyway, we drove there, passed a few check points where we were just waved through without stopping and saw many soldiers with guns and tanks seemingly ready for action.

We got back safely to Beirut and later on went to the esplanade and the view of the Pigeons’ Rock was breathtaking. I also visited Jeita Grotto – the longest cave in the Middle East and one of the world’s most amazing agglomerations of stalactites and stalagmites. It was just an amazing and awe-inspiring experience. It is the pride of Lebanon and is considered amongst the wonders of the world. Taking pictures is not allowed inside. The tour on the upper grotto is a walking tour where you see extraordinary stone forms of curtains, columns & mushroom. The lower Grotto is a short dreamy cruise in a rowboat at a distance of some 400m.

My next stop and a must see if you happen to visit Lebanon was Byblos the ancient Phoenician port city of Gebal on the coast of the Mediterranean sea. The ruins of many successive civilizations are to be found at Byblos and I must not forget to mention the Marian Shrine of Our Lady of Lebanon which is a pilgrimage site for both Christians and Muslims in the village of Harissa.

Living life on the edge is surely my forte I am sure you are wondering why I would go to Lebanon for a holiday. I have made it my mantra to travel twice a year and always go to someplace new. I have been to over 40 Countries and still counting. Next stop Tahiti, Cuba & the Carribean, will you come with me?

Originally from Kenya, Katinda is an Author / Speaker/ Confidence, Relationship & Business Coach living in Melbourne. She endeavours to help women find and keep the man of their dreams as well as help them with business advice on how to increase their profit margins in business.

In recent years, we’ve seen some African Australians unsuccessfully vying for parliamentary seats in both federal and state government. But sometimes success comes from…