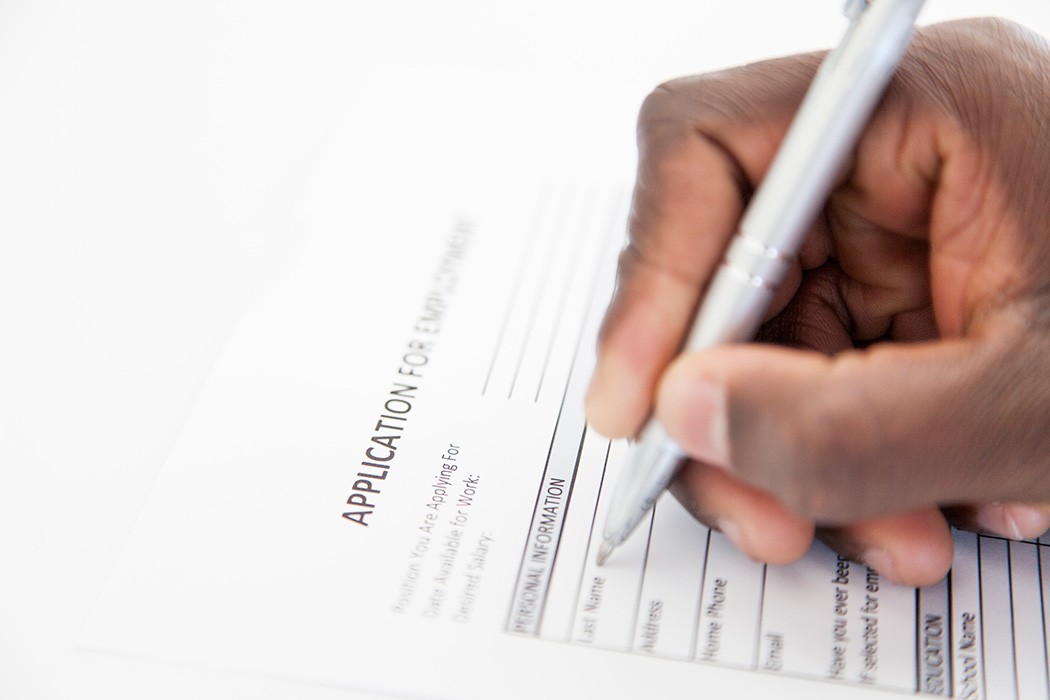 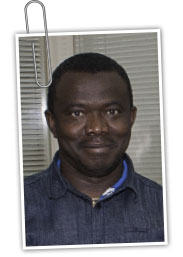 Arranging a time to meet with Dr Amos Davies is not easy; he’s overworked, he works unsociable hours, and frequently he’s plain exhausted. But the work and hours Dr Davies juggles aren’t at a busy GP clinic; nor is he flat out making home visits when 9-to-5 doctors have knocked off.

Instead, Dr Davies works hard as a carer at a suburban Adelaide group home for people with disabilities. Currently he works nights, from 7pm to 7am.

It’s not the sort of work Dr Davies envisaged he’d be doing, 15 years ago, while he was studying medicine. But it’s a step up financially from his previous position – working on the production line at a car parts factory – and it’s infinitely more satisfying than his first Adelaide job, as a meat process worker.

Amos Davies first set foot in Adelaide ten years ago with a new family, ready to embark on a new life. The Sierra Leonian-born doctor had just spent six years in Ghana; he’d fled to that country to escape the fighting that was ripping apart his home country.

While in Ghana, Amos completed the medical degree he’d begun in Sierra Leone, and married his wife, another Sierra Leonian-born refugee.

In September 2005, the newlyweds and their new daughter set sail for Australia, a land of peace and, hopefully, opportunity.

Amos smiles and shakes his head when he describes how different Australian life is.

“To be frank with you, Australia is like – wow! But getting your profession back on track is another issue.”

Dr Davies has ambitions of reviving his stalled medical career. Even as a child, he knew it was what he wanted to do.

But getting his qualifications recognised here is no easy thing; there are exams to sit, and fees to pay before those exams can be sat. Amos has ticked off the first stage of the two-part test – a written exam – but that still leaves his clinical skills examination. Before he’s ready for that, he admits his rusty skills will need a lot of brushing up on.

The regulations covering the recognition of foreign qualifications are different according to what job you do, and which country you trained in.

Broadly speaking, if your qualifications are from a European country or an English-speaking nation, it’s a lot easier to make the transition. That’s something a not inconsiderable number of Africans have discovered. It’s also a fact acknowledged by the Commonwealth Immigration Department and the West Australian Government in a 2011 federal parliamentary inquiry.

Of course there are other factors too: that same inquiry heard that the Immigration Department has no settlement services specifically for Australia’s African community. South Africa’s then-High Commissioner also noted:

“Many African refugees/migrants have tertiary qualifications, as well as significant family and informal contacts in their country of origin. Except for a limited range of institutions – the police, welfare services and the Refugee Review Tribunal, few government organisations or the corporate sector have made an effort to recruit individuals from these communities.”

And then there’s the sheer difficulty of tracking down the right information – knowing which websites to look at, which departments to contact, which agencies might be able to help navigate the maze. Even this writer (Australian-born, university-educated and with 20+ years as a journalist) found it tricky!

The realities of life as a refugee can also be a big factor. It’s not just that you might have lost the pieces of paper that prove your qualifications, or that these papers might have been destroyed (by rebels, by government forces, by whichever group is terrorising a population).

No: the papers might disappear but the trauma remains.

As I sit with Amos Davies outside the Hindmarsh Library on a quiet February afternoon, it’s clear that a lot of his ‘head space’ is still filled with Africa. As he explains, “You see, this refugee thing has put me off. It’s like you’re still struggling for survival.”
In his heart of hearts Amos knows he still has what it takes to be a good doctor. But maintaining that self-belief – overcoming the ‘doom and gloom’ as he calls it – is a big hurdle.

“I don’t think it’s so difficult entering the Australian system. It’s me more than the system.

“I really lost my self-esteem, I think that’s the biggest problem. The problem is my psyche.”

And, again, we come back to the reality of what years and years of disruption, terror and turmoil can do to your skill level. It’s a recurring theme.

“It’s even more difficult for me, because I’ve been out of practice for about ten years now.”

One thing Amos doesn’t have to work at is his commitment to his family. Now the proud and happy father of three children, they are – along with his wife – his main priority.

It’s partly for them that he aims to sit his clinical skills exam by early 2016. But Amos knows too that even if no medical job eventuates, he will have proved something to himself.

And if he still can’t get a job as a doctor? Plan B is to perhaps go back to university and study engineering. He admits such a profession would be second-best after medicine – anything would be a distant second to medicine – but after so long out of the system he’s desperate for a greater academic and intellectual challenge.

Of course, whichever professional challenge he embraces, Amos knows it will be tough; he feels though that it’s something he just has to do.

And so as we say our farewells (it’s school pick-up time and the next ‘shift’ in Amos’ day is about to begin), with just the hint of a smile he declares, “But people have done it, so I should be able to do it – with determination!”

SALT Magazine would love to hear your stories and experiences too. Email us – hello@saltmagazine.org.

If you need help getting your qualifications recognised, or don’t know where to start, try the SA Government’s Skills for All group – phone 1800 506 266, or visit the Infocentre at 55 Currie Street Adelaide.

Mike has an extensive track record in broadcast journalism and writing. For more than 20 years he worked with the Australian Broadcasting Corporation, in radio, TV and online. He's now a wedding celebrant, freelance writer and editor, and aspiring artist.

A look at life as a migrant in Australia: Land down under

There are tears in my eyes as I walk down the beautifully tarred and manicured streets of Adelaide, a large metropolitan city with many…