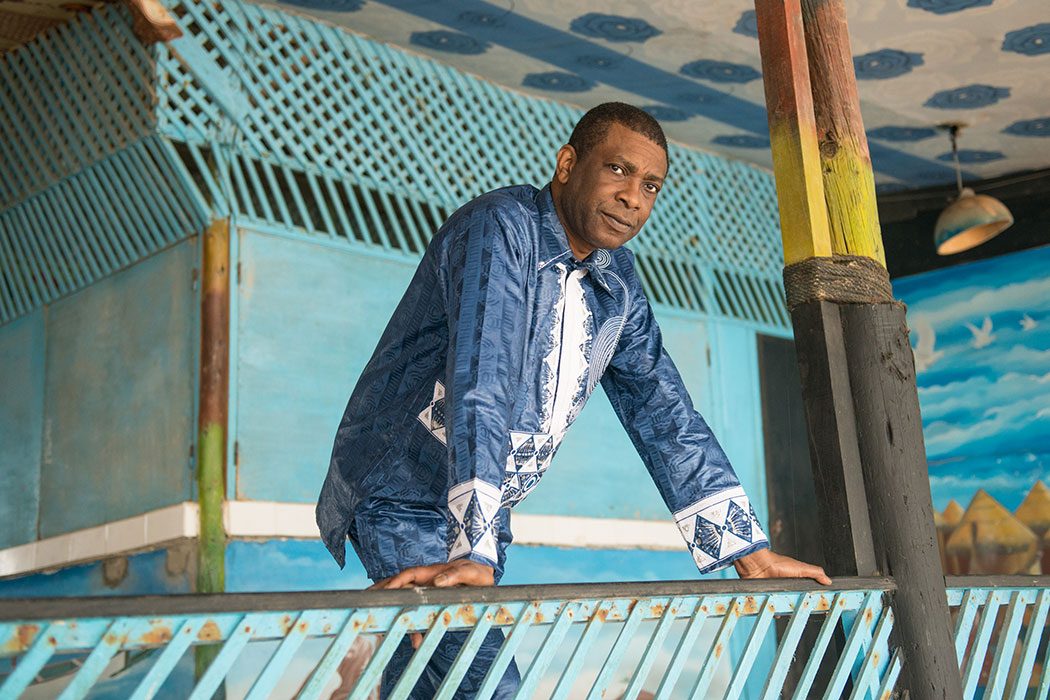 Legendary Senegalese singer, percussionist and social revolutionist, Youssou N’Dour will be performing in Melbourne and Sydney at the end of March 2018. According to Rolling Stone “Ndour is perhaps the most famous singer alive in Senegal and much of Africa”, however is also known to Australian audiences through his work with Paul Simon, Peter Gabriel and through his smash hit 1994 single “7 Seconds” featuring Neneh Cherry.

His voice is a true gift, rich and full of character, it must be heard in person to be believed. Ndour is also beloved by fans around the world for his jubilant and charismatic stage presence; his concerts are celebrations of music. His Australian performances will also feature acrobatic dancers and some of Senegal’s best singers and musicians. Together it adds up to a spectacular, not to be missed event.

A man of many talents, Ndour currently serves as Minister Advisor to the President of Senegal where he’s tasked with promoting the country to the world. He was recently honoured with a Praemium Imperiale for music in 2017, a prize recognizing lifetime achievement in fields not usually covered by the Nobel Prize.

The performance is proudly presented by Bluesfest Touring.

Tickets on sale Friday 17 November 10am via ticketmaster.com.au