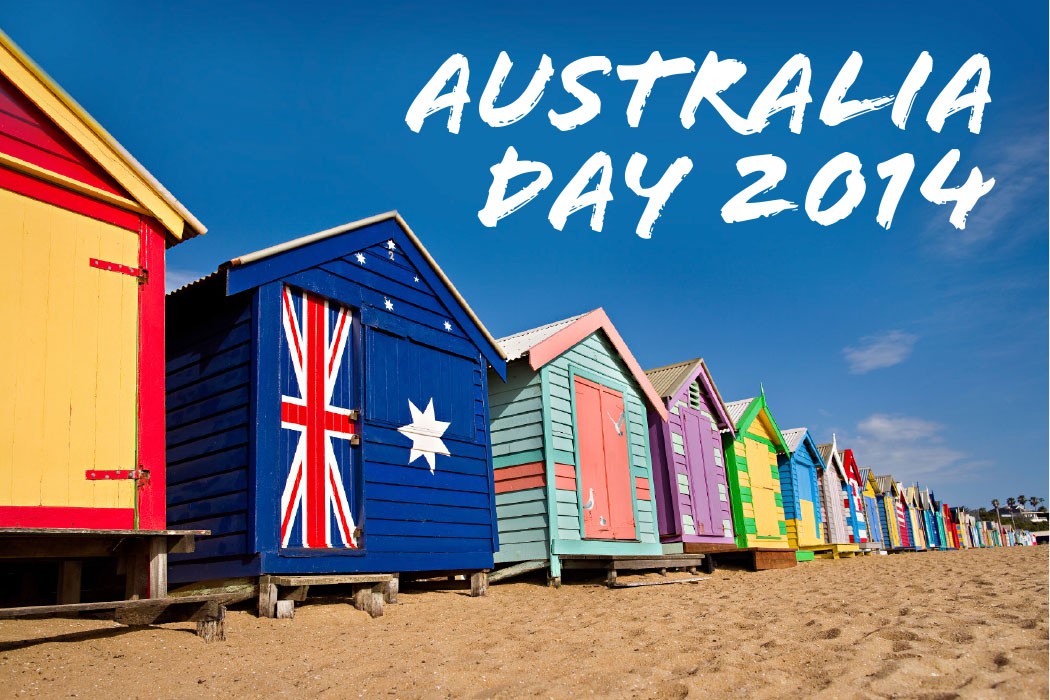 We’re wishing all our readers a Happy Australia Day today. No matter where you come from, we’re grateful to call this wonderful place home! Looking for something fun to do today? We’ve put a list together of some of the major events on today. For more info on events near you, head to http://www.australiaday.org.au/ 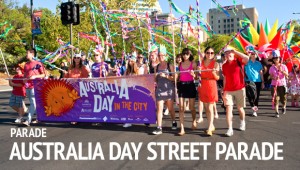 Australia Day in the City

Australia Day in the City is the major public event to celebrate Australia Day in SA! Since becoming a twilight event in 2010, the crowds have continued to grow with 30,000+ attendees enjoying the street parade, concert and fireworks each year!

The event begins at 6pm with one of the largest Australia Day Parades in the country, featuring more than 4000 people celebrating what they love about Australia and being Australian.  Then head to Elder Park for the Concert from 7pm. Aussie dance and singing sensation Timomatic will headline  Australia Day in the City proudly presented by Adelaide City Council. Timomatic will be supported by Sarah De Bono who is one of Australia’s most exciting upcoming artists. The Concert will be followed by a spectacular fireworks display!

The City of Charles Sturt hosts the first ever satellite Santos Tour Down Under event. Settle in from 10am to see swimmers finish in the Nine News Australia Jetty to Jetty Longswim event followed by presentations and awards (swimmers set off from Grange Jetty at 9.30am and swim the 2km to Henley Beach Jetty). Then watch the final stage of the Santos Tour Down Under live on the big screen (12.30pm-2.30pm) with special guest artists from WOMADelaide, juggling workshops, face painting and roving entertainers.

HEAD FOR THE BAY 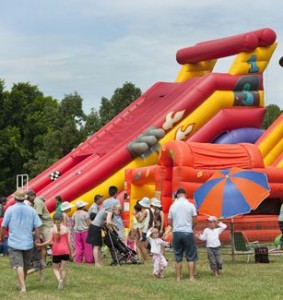 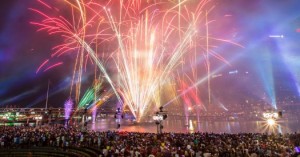 The Darling Harbour Australia Day Spectacular will be a stunning multimedia symphony of light and music, culminating in a fireworks extravaganza over Cockle Bay on Sunday 26 January.

Best vantage point via water: The best vantage points to view the fireworks are in Darling Harbour, outside the exclusion zones and out of the main channels near Goat Island. 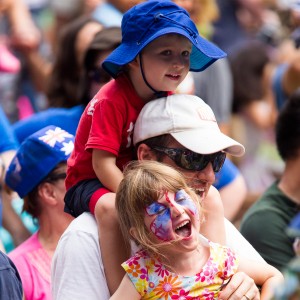 Head to Hyde Park for a great day of family fun. The Hyde Park Summer Playground is a wonderland for kids and the young at heart and is the hub of Australia Day activities in Sydney.  In 2014, the entire park event program is designed for the enjoyment of toddlers, children and families with a wide range of fun, free and interactive activities for the whole family.

We are thrilled to welcome back The Wiggles to the Hyde Park Stage together with a bumper line-up including Peppa Pig and Dorothy the Dinosaur (just to name a few) for a fantastic free show.

The fun doesn’t stop there. There will also be face painting, a Colouring Corner, an Animal Farm and the ever popular story time at the Book Nook.

So get the family together and head to Hyde Park this Australia Day. 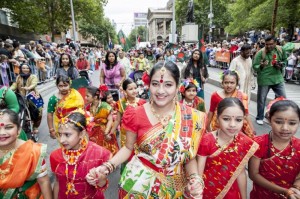 One of Melbourne’s favourite Australia Day activities, the annual Australia Day Parade sees thousands of people line Swanston Street to enjoy the entertainment, wave their flags and cheer on the participants. Victorians from all walks of life will participate in the Parade along Swanston Street, over Princess Bridge and into the Queen Victoria Gardens.

Celebrations at Docklands begin at 4pm in the NewQuay Piazza.  A Nova 100 DJ will be spinning the best Aussie tracks and the Nova Casanovas will be on site with games and giveaways throughout the afternoon.  Join the fun with entertainment, great Aussie backyard activities and the Docklands Market will continue in the evening for a night-time market along NewQuay Promenade.

Destination Docklands will also have face painting, a thong throwing competition, kite making workshops and roving performers.  It wouldn’t be Australia Day without a sausage sizzle, thanks to Woolworths, and a number of the precinct restaurants will  be open.

At Etihad Stadium, Melbourne Victory will take on Sydney FC in the annual U-Nite blockbuster with kick-off at 5.00 pm.

Melbourne’s Australia Day celebrations will be capped off with the spectacular Australia Day fireworks at 9.30pm.  You can watch the fireworks around Victoria Harbour in Docklands and enjoy them alongside the Nova 100 soundtrack in the NewQuay Piazza precinct. 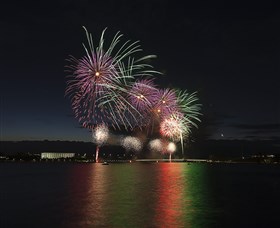 There’s no better way to end Australia Day with your family and friends than by enjoying the Australia Day Fireworks Spectacular on the shores of Lake Burley Griffin.

At 7pm view the lake based entertainment from Regatta Point, the lawns of the National Library or Rond Terrace. See the sky above Lake Burley Griffin come to life with a dazzling fireworks display to a truly Aussie soundtrack at 9pm.

Pack your picnic and a rug and enjoy the range of entertainment and tucker on offer at the spectacular fireworks display over Lake Burley Griffin for Australia Day 2014. 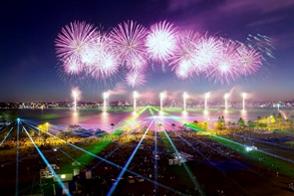 Enjoy a day of free activities along the Perth foreshore with friends and family. Relax with a picnic, watch the air and water shows or simply kick back with mates. Check out the Langley Park entertainment zone complete with puppet theatre, polocrosse, paintball, camel rides, petting zoo, freestyle motorcross, Joseph Ashton Circus!

The Water Playground will no doubt be one of the most popular spots for with two inflatable ‘beach club’ arenas filled with beach sand, buckets and spades. Each arena will include a wet area with mini monster balls that children can climb into, float on the water, or simply splash around and keep cool. There will also be dunk tanks, waterslides and a water combat zone complete with inflatable obstacles and super soakers.

Foodies can enjoy twilight markets bursting with international flavours and the water regatta, big barbecue and spectacular air show are not to be missed before the evening culminates with Perth’s famous fireworks, laser and water display at 8pm.

This is the 30th anniversary of Western Australia’s biggest and most spectacular event. Get down early to secure your favourite vantage point and check out the many specials below!

For more information on the day’s activities, where to go and where to park visit the event website. 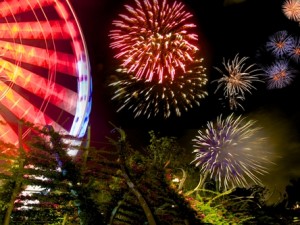 Bring your family, bring your friends and celebrate what’s great at the Australia Day Festival.

You can also watch the traditional flag raising ceremony, which concludes with the thunderous RAAF flypast and twenty-one gun salute at noon.

Or why not participate in Thank you Australia. Have your photo taken, create your personal message and contribute to an evolving photo installation.