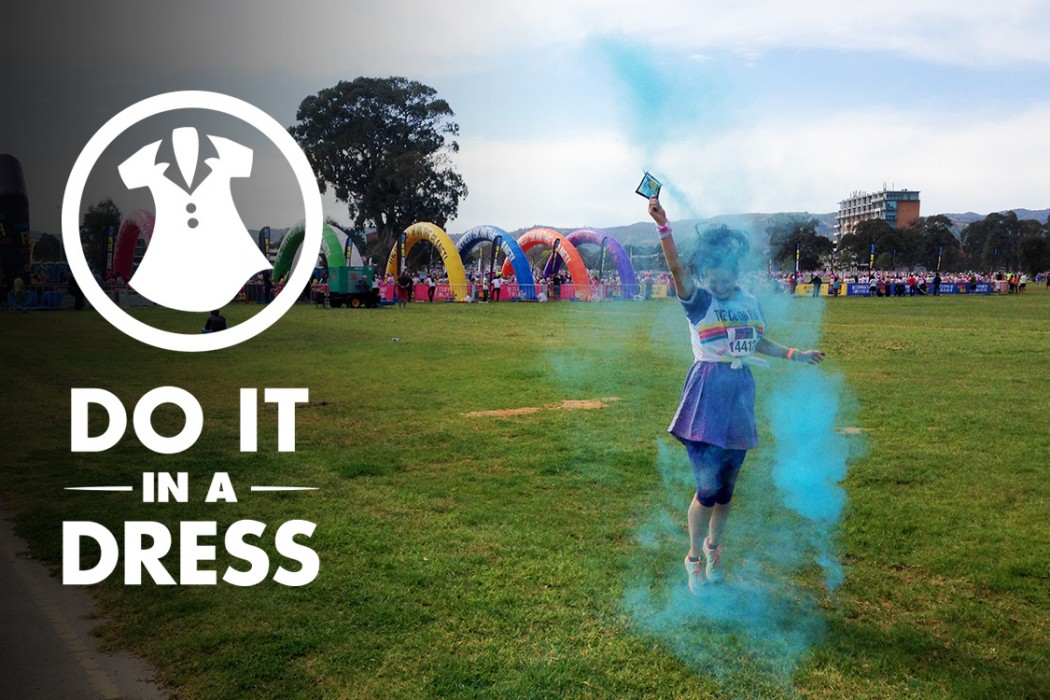 Australian charity organisation One Girl recently kicked off their 2014 Do It In A Dress campaign to raise awareness and funds for girls education in Sierra Leone and this year, One Girl Ambassador Elissa Hoffman is already off to a great start.

An Adelaide local, Elissa joined the ‘A Team’ as a part of the 2014 Do It In A Dress Campaign and recently ran the Swisse Color Run, in a school dress, raising over $700 for her team.

There are over 66 million girls in the world who are not in school and in Sierra Leone only one in six girls gets the opportunity to attend high school. 23% of adolescent women are in marriages or unions, meaning a girl is more likely to be a child bride than to attend school.

This year her goal is to raise enough money to provide at least ten girls living in Sierra Leone with access to education.

It only costs $300 to send a girl in Sierra Leone to school for a whole year. With Elissa’s involvement and passion she will truly make a difference to girls in Sierra Leone’s lives.

Over the past 3 years the One Girl Do It In A Dress campaign has seen over 1,600 participants completing challenges in school dresses, raising over $650,000 for girls education projects in Sierra Leone.

“Do It In A Dress is all about having fun whilst making a difference. If you believe every girl has the right to an education, it’s time to take a stand – in a school dress – for girls education!” adds Chantelle Baxter, Co-Founder of One Girl.

One Girl was co-founded in 2009 and is a non-for-profit organisation that aims to educate 1 million girls across Africa by 2020.

Through the Do It In A Dress campaign One Girl provide support to women and girls in Sierra Leone, West Africa, so that they can be empowered through education. They give scholarships for some of the most vulnerable and marginalized girls to go to school, train women and girls in business skills, and build new classrooms and toilets.

They do this so that they can access the most powerful tool to change the world – education.

For more information about One Girl’s work in West Africa, visit: www.onegirl.org.au
To join the Do It In A Dress campaign, head to: www.doitinadress.com

1 UNESCO – UNESCO’s Institute for Statistics Estimation
2 Only 16% (1 in 6) girls attend high school: UNICEF, Division of Policy and Practice, Statistics and Monitoring Section, May 2008
3 UNICEF – At a glance: Sierra Leone

Mokoomba heading ‘Down Under’ for WOMADELAIDE 2014

Zimbabwe’s fusion band Mokoomba is set to give world music lovers a raw Afro-mix concert during their WOMAD appearances in March. Looking forward to…