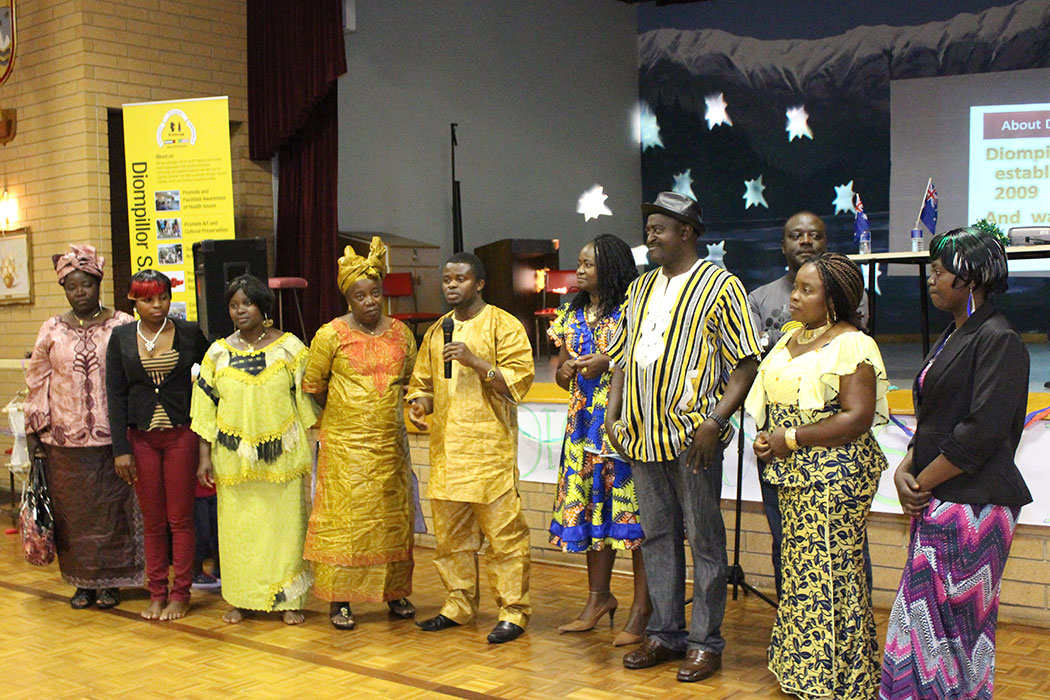 Kissi speaking people are an ethnic group living in Guinea, Sierra Leone and Liberia, well known for making baskets and weaving on vertical looms. In the past they were also famous for their iron working skills, having produced the ‘Kissi penny’ – iron money that was used widely in West and Central Africa.

Sahr Bockarie, the Chairperson of the new organisation welcomed guests and said he is happy to be sharing Kissi culture with SA’s Multicultural communities and the general public. Over $1500 was donated by guests during the event, with proceeds earmarked to provide assistance to disadvantaged schools and hospitals in Sierra Leone, Guinea and Liberia.

Certificates of Appreciation were awarded to those who contributed to the success of the organisation, and guests were treated to traditional Kissi music, dance, stories, humour and food.

The Kenyan Community of South Australia turned out in full force to celebrate ‘Madaraka Day’ which commemorates Kenya’s independence from Britain. Held at the…