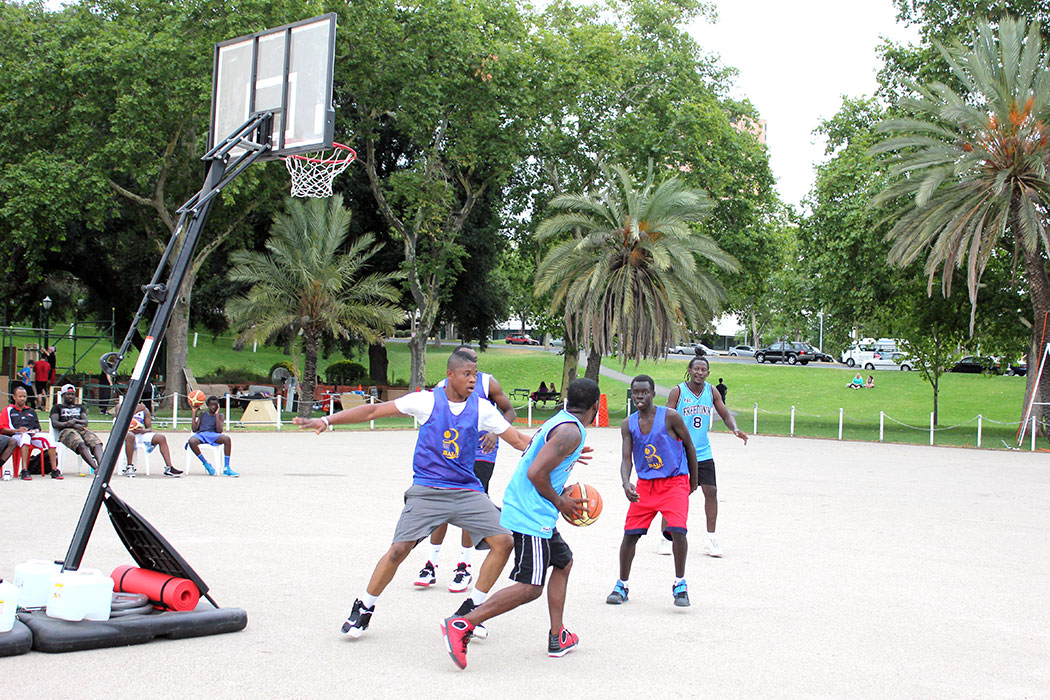 Basketball is on the rise among the African community in South Australia. Though soccer is more popular, some African youngsters in the community are challenging stereotypes and shooting hoops instead.

The Office of Recreation and Sport in collaboration with Basketball SA are reaching out to new and emerging community groups through 3 on 3 basketball, encouraging them to take to the court and try some slam dunks.

SALT Magazine went to where it’s all happening at the Adelaide Secondary School of English to talk to some of the players and organisers of the games.

The court was packed with young people sweating it out. Alpha Turay (Alfonz), President of 3Ball SA Basketball Association and the event coordinator for Freetonix Basketball club, spoke to SALT Magazine about the game and what it means for young and upcoming basketball players in SA.

According to Alfonz, it’s all about bonding and keeping fit. He said the turn out is improving as there are about 20 players on the court which means they can play 5 on 5 “we are always encouraging more people to come…  the idea is to start with 3 on 3 then if we get more people we increase the size of the team.”

Alfonz said two teams have been nominated to participate at the St Clair Christmas Carnival and two more tournaments are lined up before the end of the year. One is at Torrens Parade in the city and the other is at Jetty Road Glenelg and is sponsored by the City of Holdfast Bay.

Talking about his club, Alfonz said Freetonix has been playing as a team since 2008 and the club has participated in several tournaments.

Basketball SA Development Manager Danny O’Brien said 3Ball SA was formed to give opportunity and exposure to the game for young people from multicultural backgrounds.

3 on 3 Basketball is modelled around American street ball and the idea is that even with fewer players the game can still go on and doesn’t require time consuming commitment or financial commitment for its players. It is a casual approach to the game and if more interest is developed then teams can form their own clubs and compete in tournaments.

Phil Allan, one of the founding members of 3Ball SA, said it is a way of getting youth from new and emerging communities linked to mainstream activities such as sport which is a part of the Australian psyche.

Gerard Chuku, a Nigerian international student at University of Adelaide, said he saw the 3Ball flyer at Uni and has been participating since. “I love playing basketball … I had to find somewhere to play”

Arrested Development lead vocalist Speech proved himself a seasoned performer during his Womad concert in Adelaide. His crew delivered a rousing performance which was…