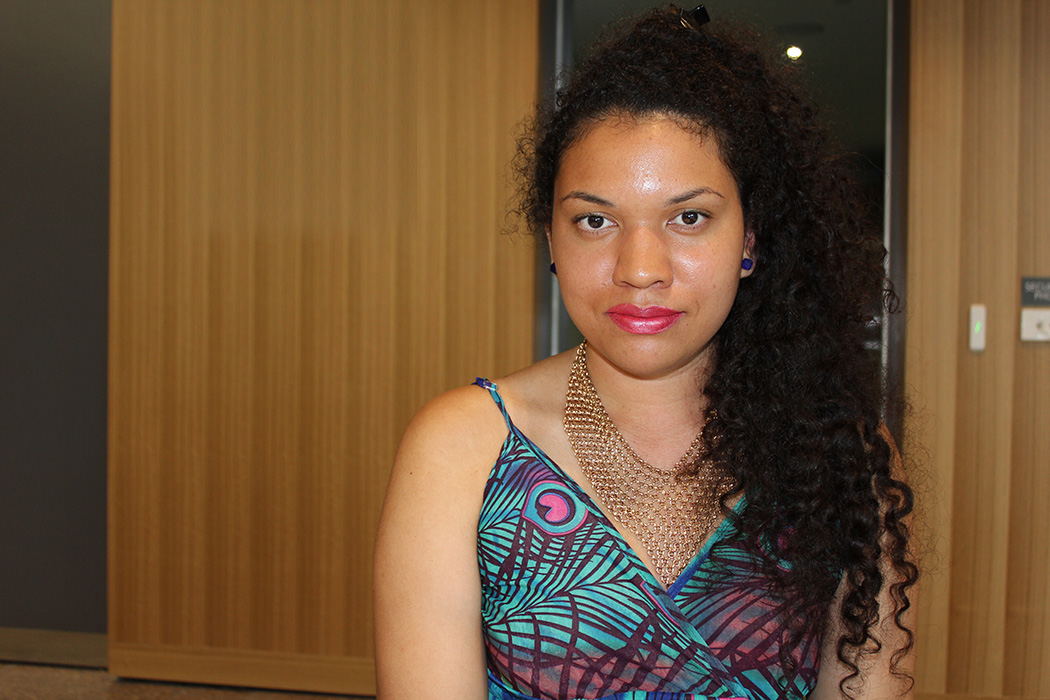 Mauritius-born international student Valerie Baya is a girl on a mission. Since her arrival in Australia 10 months ago to do her Masters of Interior Architecture, she became the founder and president of the African Society at the University of South Australia (UniSA), and just recently was elected as the first International Student Representative of the UniSA Student Association, garnering 886 votes out of 1,400 vote casts.

SALT Magazine was at the African Week event organised by the African Society at UniSA City West, and we spoke to Valerie about the event and her Adelaide experience as an international student.

She said the African Week was happening in all the campuses of UniSA, and the aims of the event were to share the African culture with other university students as well as fundraising to help students with their studies.

“We want to raise some funds so that we can help members pay for some of their books, undertake private tutoring, and provide refreshment for social activities.”

Talking about her early experience at the University as a foreign student, Valerie said at first it felt like she was lost and had to find her way around on her own.

“I didn’t know anyone, so I went to the University, asked if they have any African clubs, and was told, ‘no we don’t have an African club, but if you want, you can create one.’ I was new, so I tried to focus on my studies and, during the holidays, I started the paperwork and canvassing students to join.

“For me, it’s all about supporting the student; and the African Society is open to everyone. We currently have about 72 members. We started off with 39, and most of our members are African-Australian, with a few internationals.”

Starting a new organisation is always fraught with challenges, and money is top of the agenda for the newly-formed organisation.

“If we try to organise something that costs money, most students won’t come, which is understandable.”

Socialising is another issue for international students.

“I like the friendship I have with African members, friends, and other students in my classes which helped me win the election as a Student Representative.

“I was told not to have so much hope as the students would not vote ‘for an African’ because of some stereotypes, and also because no African got elected before. I campaigned every day for five days from 9-4pm till the last second of voting.

“During the campaign, I spoke to the students, telling them about the changes me and my team – ‘Activate Team’ – will bring next year. I was pleased listening to their comments and suggestions. I’m happy that I got elected as the first African student on the USASA (UniSA Student Association) Committee Board.”

It was great talking to Valerie and we wish her all the best.

This year, families, communities and people from diverse backgrounds gathered for the Africa Day festival on 31 May 2015. Having over 1,000 attendees in…