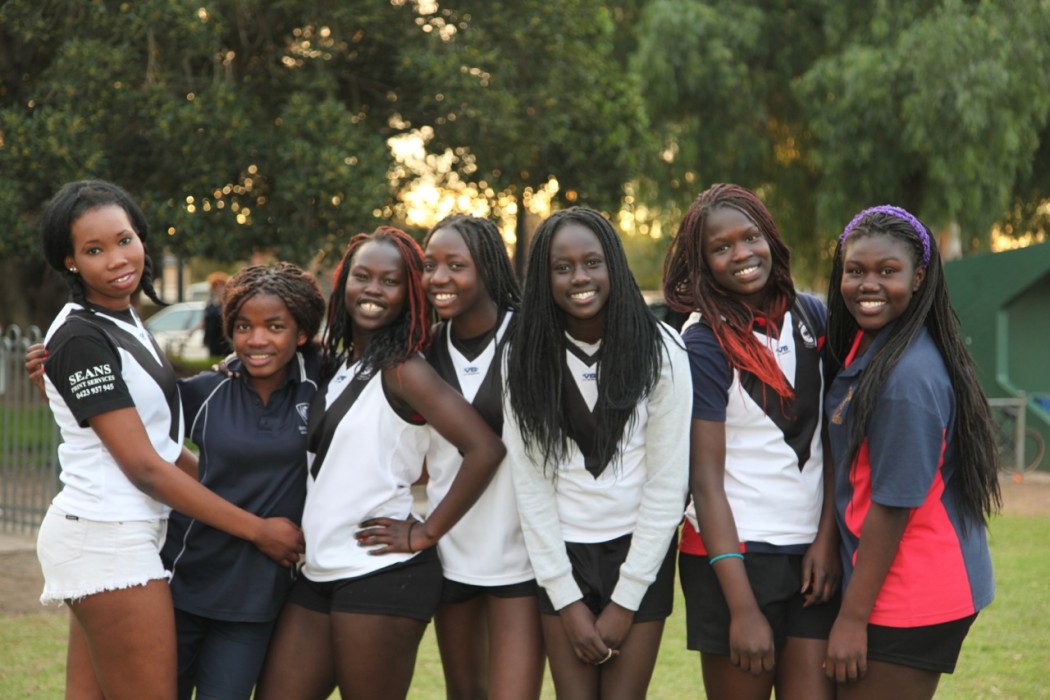 As far as most African Australian families living in South Australia were concerned, the game of footy was consigned to the eccentric world of big hefty guys and TV coverage.

But all that changed recently because a group of young and enthusiastic Sudanese girls from the Kilburn Community are challenging the footy stereotype and displaying their prowess in the Kilburn Girls U16 Footy Team – The Chicks, so called because Kilburn was known as ‘Little Chicago’ in the 1920s. 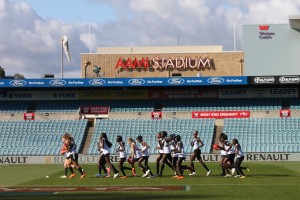 After a few games and a bit of practice, the Chicks are ready for next season’s tournament.  The girls are keen, the coach is impressed and the Kilburn community is fired up to support them…..and it’s all happening because of the relentless enthusiasm and effort of the coach, Malcolm Thiel, who lives and breathes footy.

SALT Magazine went along to a fundraiser at Kilburn Football Club, to meet some of the girls and their coach and to get a feel of how this game is impacting the lives of both the girls and community. The Kilburn Football club canteen was jam packed when we arrived, with two African Australian girls at the counter, selling pies, sausages and drinks. With a bright smile one of them run off to fetch their coach for the interview. Malcolm soon turned up, and happily gave us his time. 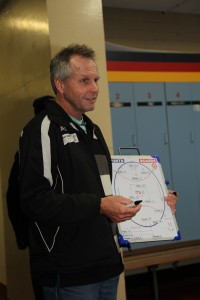 He became involved he says, because there had been some concern about antisocial behaviour among youngsters in the Kilburn community, which prompted the local authorities to look for ways to better engage with them. Power Community Limited, which is associated with the Port Adelaide Football Club, came to the rescue by setting up a ‘mixed’ footy team to encourage more integration of African youth into the mainstream Kilburn community.

Following his experience coaching youngsters in Vanuatu, Malcolm was the perfect choice to do the same for African kids: ‘I’ve done cross cultural coaching before, and I believe in this game so much that I just saw it as a perfect opportunity’.

Against the odds, the team came out swinging, finishing third in this year’s competition.

Malcolm tackled concerns of parents who saw sport as a distraction for their daughter’s education by pointing out that some players were getting better grades since joining the team. He also had other distractions to sort out. 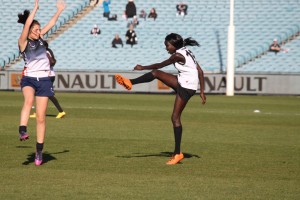 ‘At the start, some of the girls were more interested in catching up and using training as an excuse to get away from home and talking about their hair and girl stuff,’ he said. ‘But one by one, they became enthusiastic and started to ask questions about kicking, running and handballing…. I thought “I’ve got you…I’ve got you’ and it was a really good feeling.’

Ben Bryan, President of the Kilburn Junior Colts, said the team has ‘broken the ice’ between the African community and the wider Kilburn community: ‘They’ve breathed new life into the club. We have new skills and new faces in the club and yes, even new challenges.’

For this bunch of girls, playing footy is mostly fun and they’ve got a great excuse to get muddy and enjoying catching and kicking a funny shaped ball.

Player Josefine Alei, 14, describes the team as one big family: ‘We’re all very close and love being  part of it all. I used to get angry a lot in school, you know with bullies and everything but football has taught me self-control and I have been really happy about how my behaviour has changed this term.’ 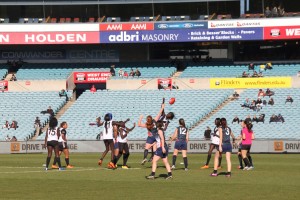 “The African community has breathed new life into the club”