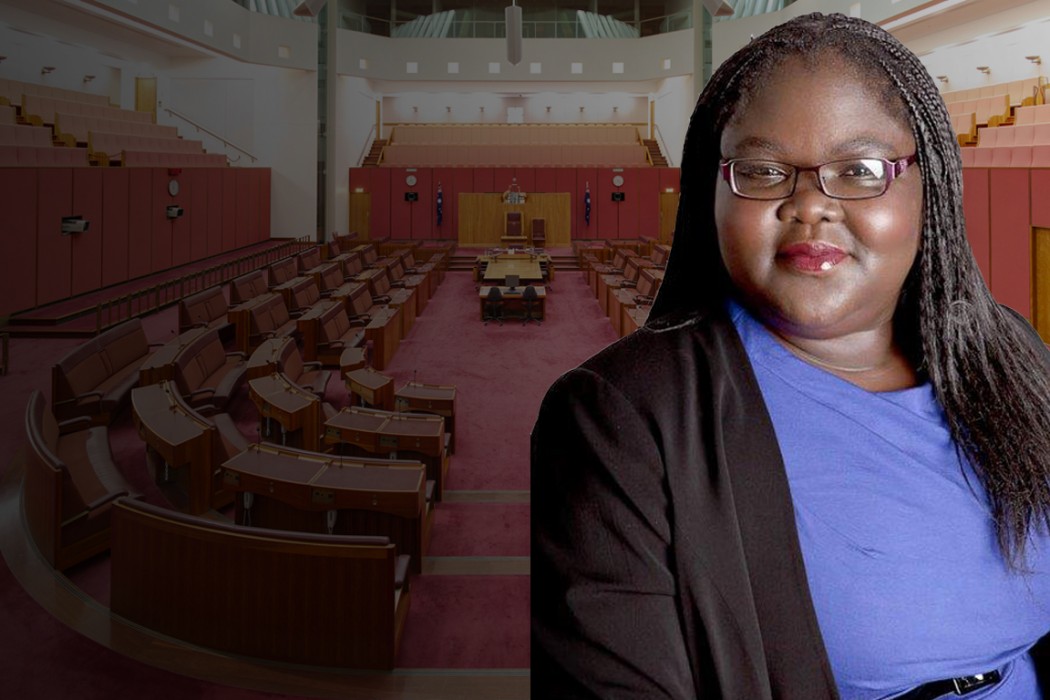 A strong determination to succeed has placed Zita Ngor in the history books of Australian politics as the first female African-Australian to stand as a candidate for the Federal Senate.

Zita was born in Sudan and migrated to Australia as a five year old. Based in Adelaide, she is a qualified lawyer, and is currently the Director of Women’s Legal Services in South Australia.

While her bid to enter Federal Parliament was unsuccessful (this time), participating in the election has strengthened her resolve to win public office and help to shape the policies that she believes in.

Zita is now considering nominating for the Legislative Council, in the South Australian election in March 2014.

Zita is very calm, composed and firm in her belief that diversity is not adequately represented in the political arena.  That’s why she ran in the Federal Election: “I felt that it was important that somebody puts up their hand and at least have a go,” she said.

For the past few years, Zita has been involved in delivering leadership programs for young women throughout Australia, programs which particularly cover Australia’s political system. One of the issues consistently raised by participants is the absence of females of Culturally and Linguistically Diverse (CALD) backgrounds, especially of African origin, in the media and in political life.

Zita says she felt that to honour her work of encouraging their active participation…. “I needed to put my money where my mouth was, and by putting up my hand it’s demonstrating to those young women that you can always have a shot.”

As to whether she was confident of winning in such a competitive environment, Zita says that she knew there were many challenges to overcome, but she considered her attempt as a ‘foundation building exercise.’

Youth unemployment, affordable housing, home ownership and juvenile delinquency are some of the issues that Zita would have tackled if she had been successful in her campaign. She strongly believes that even though she did not win, she has opened the door to encourage members of her community and people from new and emerging communities to be involved in politics.

Overall her aim was to see Australia develop a policy regarding the recognition, acknowledgment and appreciation of diversity within our society, creating avenues for communities to be able to inform and engage with governments about issues that affect them. She especially considers that a Bill of Rights is something from which all Australians can benefit.

Zita is hopeful that with the support of the Australian public and the African-Australian community, she will eventually have the opportunity to address the issues that she is passionate about. She has learned that early preparation is the key, and that talking with and engaging members of the community is essential.

Running her campaign also gave Zita a greater appreciation for the amount of work that politicians actually do. ‘Until you’ve gone through this process, you never fully understand how much work goes into running for an election … it does take a lot out of you, ‘ she says.

Her advice to aspiring politicians is to ensure they have the support of family and friends because the task is just too great to ‘go it alone.’
“Once the decision is made you have to devote and entirely commit yourself to the process… and you can’t be afraid to knock on doors,” she said.

We are sure of one thing after talking with Zita – she will keep knocking on doors until she succeeds.

So, when she knocks on your door, listen to what she has to say, tell her about the things that concern you – and you never know- one day soon she may be in a position to tackle those issues!

It’s been 3 months since we returned to Adelaide, and sometimes I wonder if Namibia was just a dream. But our time there was…