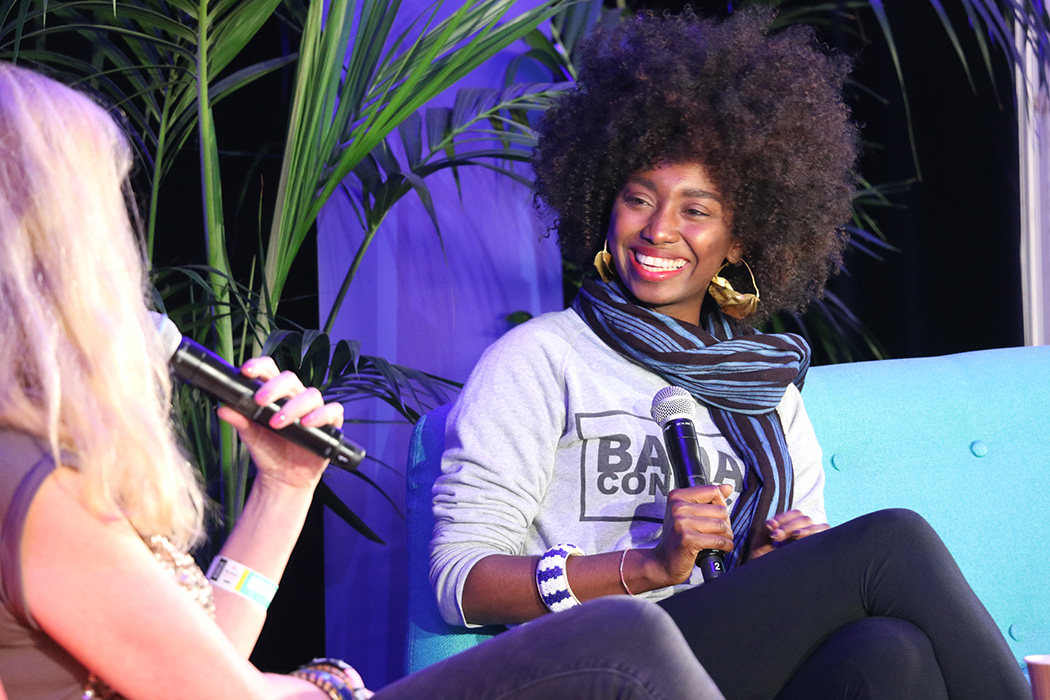 Over 80,000 local, interstate and international guests mingled to and savoured a diverse range of music from a rich variety of more than 400 artists from 30 different countries around the planet at the 2017 annual WOMADelaide festival in South Australia.

Sensational African artists and divas were part of the lineup which showcased the ever-growing power of African music.

WOMADelaide Director Ian Scobie said that he was delighted with the response to this special program marking the event’s 25th anniversary.

“It has been a tremendous celebration for our 25th anniversary – a fantastic program – which was embraced by a wonderfully receptive and appreciative WOMADelaide audience,” said Mr Scobie.

SALT Magazine caught up with some of the Artists.

First we spoke with the Malian-born multi-talented Inna Modja, whose alluring mix of desert blues, electronica and hip hop with powerful lyrics kept people on their feet throughout her performances.

Her first time in Australia, Inna said she was enjoying the experience. “We were in Sydney for a few days and we arrived in Adelaide yesterday. Yeah, I’m having the time of my life; I love it.”

Inna said she started playing music in Mali when she was fifteen and has been touring with her band for her latest album for over a year and a half. She said her music is a mixture of traditional Malian blues with hip hop.

Her message for aspiring African-Australian artists is to believe in yourself.

“No matter where you come from, your dreams and your passion for art is something that you have to preserve and carry on. I started in Bamako; now I’m going to play in Australia. You have to just be passionate about what you like, and keep on doing it until the world listens to what you have to say.”

The multi-talented Inna is very outspoken on many injustices facing African women.

“I use my music to talk about Africa, my culture, and issues that are very important to me. So for me it’s not about been famous or popular – it’s all about the music or art.” 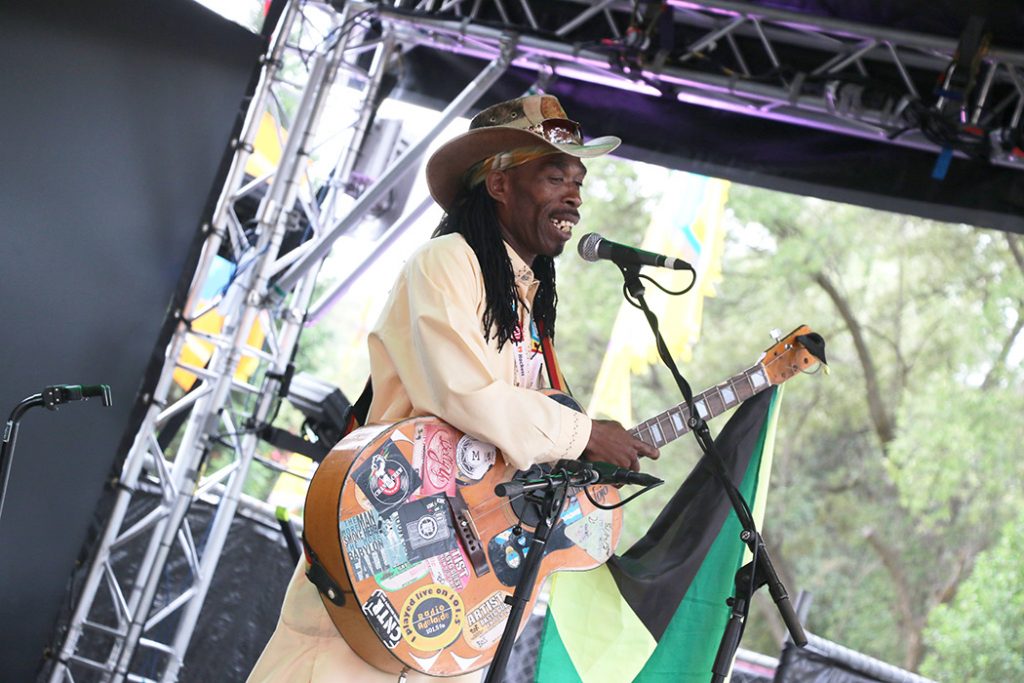 We also spoke to one-string guitar Jamaican-born song man Brushy about his ingenious plucking skills backed by a deep and soulful voice. Brushy said it all came to him in a dream as a kid.

“When I wake, I went to my uncle’s room. I said, ‘Uncle, I got a vision last night playing a one-string guitar’, and he was like, ‘Oh yeah, you are stupid man. No guitar plays one-string; guitars have four strings. And then his girlfriend comes out laughing. She said, ‘Where is you guitar?’ I said, ‘It’s broken; it’s under the bed with one string on it.’ She said, ‘Vision can come true. You go play that guitar.’

“I went outside, find my guitar. I wiped it off, and I begin to practise; and at the end of the day, I found a song – Oh Mr DC from one of Jamaica’s best artists, Sugar Minott – and I started to practise. And the next day, I went to the nearest market and become Brushy One-String.”

Still living in Jamaica, Brushy said his music is all about promoting togetherness to all.

“I’m just trying to tell people we all need each other. It doesn’t matter the race or colour, we are all one people and we are all earthlings. No hate, just love, and this world will be a better place.”

Brushy said that once you love music you have to go all the way.

“You can’t just go to the gate and stop. You got to follow through. Once you know that you should be in it, you should live it; because I have been sitting down for 15 years training – just banging, banging – ’til I get discovered. You know, there is always someone there to discover you. All you got to do is keep trying. Never do less than your best.”

When it comes to his style, Brushy is a man for all seasons.

“I mix reggae with rock, blues and every type of music because music is just music for me. They say there are different genres, this genre, that genre; but for me, it’s no genre. It’s just music.”

It was an awesome experience at WOMADelaide meeting with so many talented artists from Africa and beyond.

Also present at this year’s WOMADelaide festival was the majestic and gifted Oumou Sangaré, endearingly referred to as “The Songbird of Wassoulou”; South Africa’s great a cappella harmony group, The Soil; plus the Bamba Wassoulou Groove led by Moussa Diabate of the revolutionary Super Rail Band from Mali.

As the year steadily rolls by, we can’t wait for the next lineup of international acts to be announced for WOMADelaide 2018.

>>>See all the photos from WOMAD on our facebook page

ABSTRACT: It is my deep, scorching passion for all elements exotic, that has drawn me astray from the restricting path of normality. Others may…