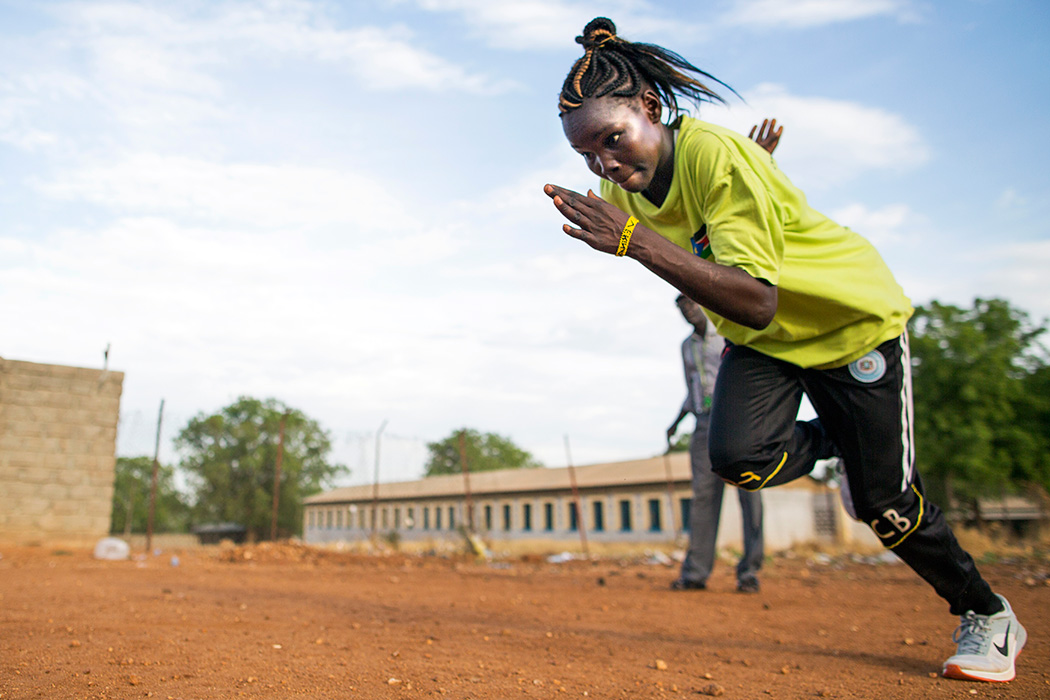 In an era of record breaking moments and history making, the 2016 Summer Olympic Games was no different for the Republic of South Sudan.

With only three athletes, South Sudan joined 205 other countries in competing at the latest tournament held in Rio De Janeiro, Brazil.

Billions of on-lookers witnessed the world’s youngest nation stand proud as they marched into to Maracanã Stadium carrying the national flag.

Aspiring South Sudanese athlete, Deng Bulabek was one of those who watched the opening ceremony unfold and couldn’t help but feel a sense of pride.

“It made me proud to be from South Sudan and that would have been the first time the world would have seen people from that country,” Bulabek said.

Bulabek, 21, who currently runs for Western District Athletics Club in Adelaide believes South Sudan’s debut at the Games is a step towards the improvement of things in the country.

“Seeing an Olympic team shows that they want to be part of the world and want to be known,” Bulabek said.

Although a sport that South Sudan have not yet competed in at an Olympics, compatriot and footballer Peter Deng also agrees it is a promising sign for the young nation.

“To have representatives at the world’s biggest sporting competition is a very big step considering the country is five years old,” Deng said.

Deng, 23, who plays in Melbourne’s National Premier League with Pascoe Vale FC had represented South Sudan in an African Cup of Nations Qualifier earlier this year.

The left-back who has one international appearance to his name feels being on that world stage is at the forefront of personal sporting achievements.

“For every athlete that’s the goal, to test yourself against the best,” Deng said.

After attracting media attention through the local newspaper where comparisons were made with Usain Bolt, Bulabek made the unlikely switch from football to the track in 2011.

The up-and-coming sprinter who contests in the 100, 200 & 400 metre events however remained coy over his long term ambitions.

“Success comes out of working hard, so all I have to do is work hard and see where that takes me,” Bulabek said.

Peter who moved to Australia in 2003 is optimistic about the South Sudanese Olympic committee doing more to grow participation numbers and increase representation.

“We have four years now to prepare for the next one. I’m guessing they have learned some things from this Olympics which they will carry over to the next one in preparation, Deng said.

Bulabek who migrated to Australia two years after Deng, feels that having South Sudan take part in the Rio Games has ignited the next generation of athletes.

“It’s early stages but we are beginning to get people into track & field and long distance.”

There is no doubt the small contingent represented by Guor Marial, Santino Kenyi & Margret Hassan has had a positive impact on the talented young men and women chasing a sporting dream.

“Having three athletes there really motivates me and my training partner (who is also South Sudanese) to be like them,” Bulabek said.

“Despite the odds and circumstances in South Sudan they’ve dedicated themselves to their chosen field.”

“There’s always a light at the end of the tunnel and these guys have proven it,” Deng said.

The Republic of South Sudan can now look forward to doing it all again when the Games of the XXXII Olympiad lights up host city Tokyo in 2020.

Education that Gives Back: A Look at Careers in Community Services

By Kristen Hamill There are many reasons why we study; to learn new skills, advance our careers, or to broaden our perspective. For Buol…