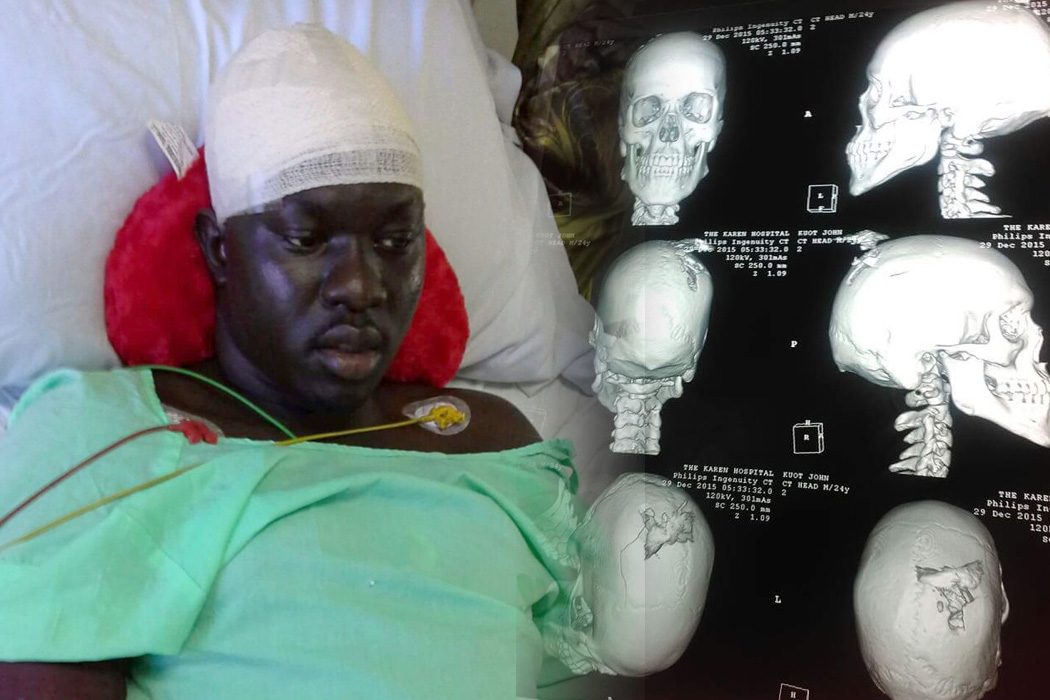 Just like in the National Geographic TV mini series ‘Banged up Abroad’, African Australian, Melbourne based, John Kuot, found himself in a life or death situation while on holiday in Nairobi, Kenya, in December 2015. He was shot at during a botched robbery attempt and a bullet struck him on the head, initially rendering him partially paralysed.

In a message posted on Facebook that has gone viral within the African Australian community, John expressed his disappointment over the Australian Government’s poor response and the lack of media attention to his ordeal, which left him in an induced coma for days.

Though one may argue that there is not much the Australian Government can do in such a situation, what stands out in this tragic event is how it went unnoticed and failed to generate media attention. If a white Australian had gone through the ordeal that John went through; been shot and placed in an induced coma, in a foreign country, it would have been headline news all over Australia and across the globe. Candle light vigils would have been held for the victim while he or she recuperates, and the Prime Minister would have made a statement expressing support for the family. There would have been a step by step commentary of the whole process with interviews and fundraising activities.

It is sad to say that in this case it seems as if no one cared, other than those closely related to the victim. And there were no throng of reporters waiting at the airport on his return either.

Finally the story will be aired on Today Tonight but the question is, will they focus on the incident, or will their story be about the lack of attention John and his story received from the mainstream media? Either way this neglect on part of the media doesn’t tell well in supporting a multicultural and inclusive Australian society.

There will be more on this story, Salt Magazine had a phone interview with John in March when he returned to Australia and we will be sharing the full story with our readers in our next edition, end of April 2016.

Welcoming the African Twilight Market for 2013

Daylight Saving has started and that means one thing to us – the African Twilight Market is back on in Adelaide! Running every Friday…