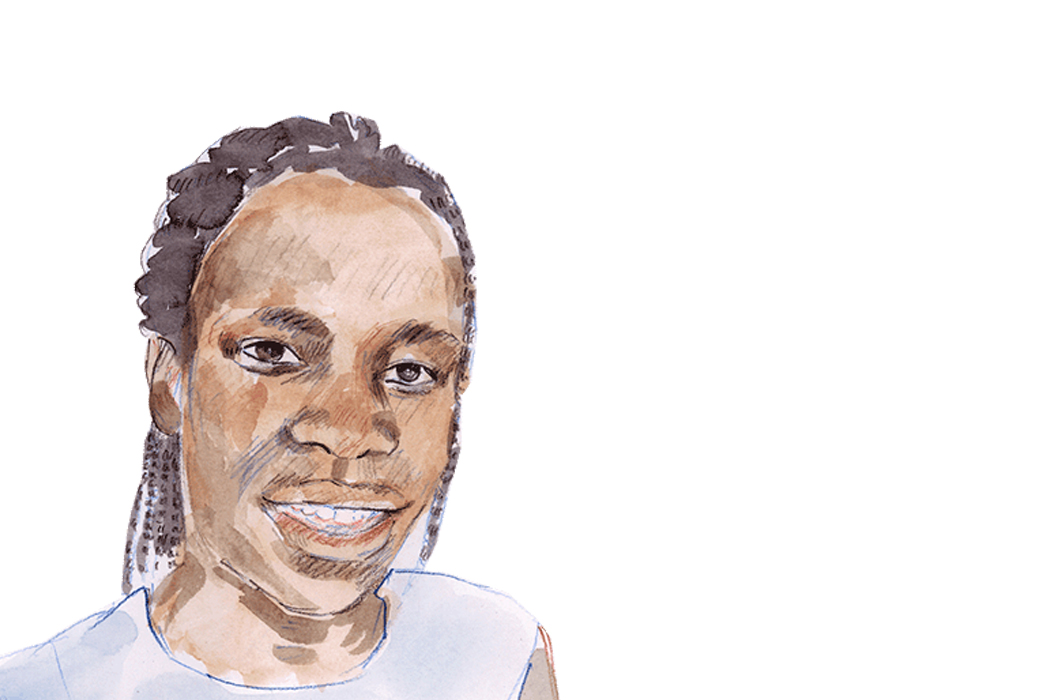 Life was full of hope for the Ohide family when they moved to South Australia from Sudan in 1988. Jackie Ohide was just 1 year old when they set up home and she grew up to become the proud mother of two young boys. She died in early 2015 and her partner is charged with her murder. Her siblings John and Sunday Ohide explain the devastating impact of her alleged murder and how the family is rallying around the children.

Domestic violence is an ongoing problem and when cases are overlooked or simply not even recognised, there can be tragic and deadly results.

One of those tragedies shocked South Australia’s African community to the core in early 2015.

Twenty-seven-year-old Jackie Ohide was found dead in the front passenger seat of a car in the driveway of her Hackham West home. Her partner Toby Awatere was arrested 12 hours later and charged with murder.  Awatere has pleaded not guilty to the murder charge but indicated late last year that he would plead guilty to the lesser charge of manslaughter.

Jackie’s devastated family is still searching for answers as to how and why they lost their beloved daughter and sister.

Older sister Sunday said a strange telephone call had alerted her that something was wrong.

“My sister was using my friend’s car and her nephew rang me in the morning saying the police were looking for his Aunty and had asked about my sister and the car she was driving,” she said.

“I thought that sounded a bit strange so I rang him back for the contact number for the police. When I rang them they said ‘somebody will be with you in half an hour.’

“I felt something is not right. They came and said you know we found your sister in the car with the kids…. she is dead.

Media reports state Jackie’s two sons found her body inside the car in the driveway.

“I think the police should be a bit more sensitive, I know it’s their job, they do it all the time so after a certain time you know you get disaffected, I understand but at the same time it was really hard,” Sunday said.

John was chatting with two friends at his Melbourne home when the phone rang: “I was shocked and confused, it’s almost like you don’t have any feelings, all your feelings are taken out of your body … you don’t feel like you are alive.”

Neither Sunday nor John saw any warning signs of trouble or violence prior to Jackie’s death.

“I was actually seeing them quite a bit; they were actually planning to move to Victoria and live in the next suburb from me so  …that’s why it’s very difficult for me to understand, a few months prior to the incident they were staying with me in Victoria and there were no issues.”

Sunday said she knew Jackie’s partner for three years before they got together and there was “absolutely no sign of anything.”

“They went and saw mom on Saturday night like a few hours before she died. There couldn’t be anything I would have done differently because unless she had said something or did something differently there is nothing I can possibly do.”

John gave up his job in Melbourne and moved back to Adelaide to help raise Jackie’s children.

“It’s a broken family now, so everybody has to try to support them in a way which allows the children to progress in their lives – as if both their parents are still here for them.”

Coping with the tragedy isn’t easy.

“When I’m with the children I feel a bit more happy because I’m just trying to be a father to them you know, just teach them,” John said. “It actually puts me in a good place when I’m playing with them. But when I’m alone and not feeling well it’s really difficult seeing photos of her. It’s very difficult, all this.”

Sunday has four children of her own and has extended her family to include the two boys.

“You can’t grieve as you want to with children because they can’t just sit there and watch you cry and carry on; that’s not right so we have to move on. I’m sure my sister will be happy that her kids are happy.

If you or someone you know needs help, contact:

Illustration of Jackie Ohide, by Lucy Fahey for ABC News

The 2017 Adelaide Fringe kicked off it’s opening weekend on Saturday 18 February with the annual Fringe Parade. With more than 1100 events, the…