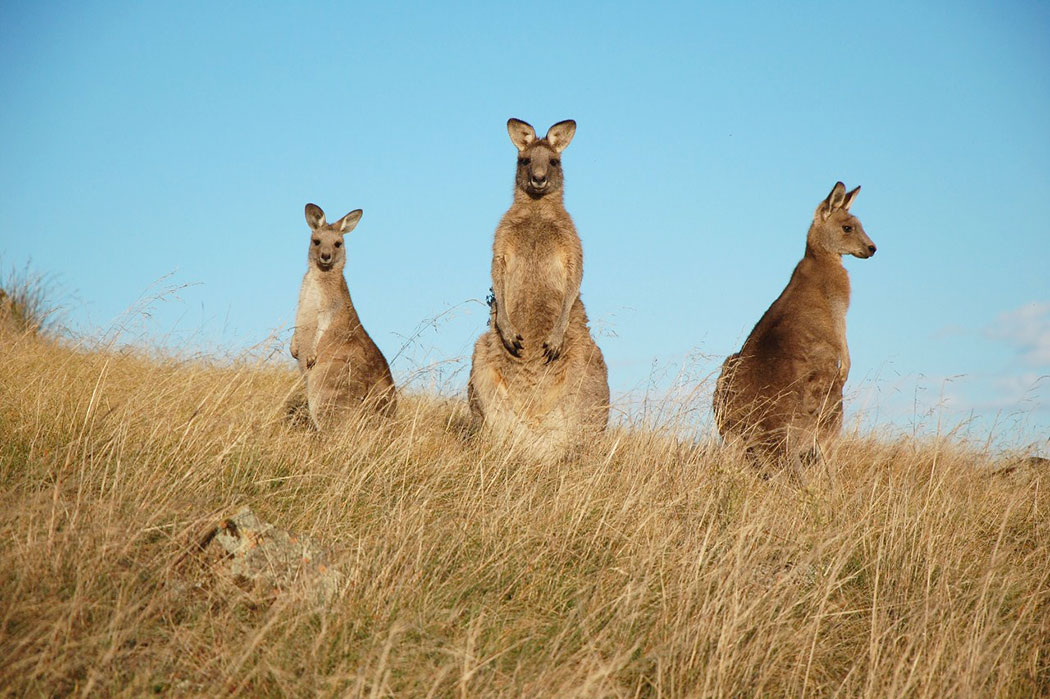 We Australian types sometimes smile at the expectations of our European friends when they come here to visit. As, wide eyed on the trip from the airport, whether because of jet lag or eager anticipation, they scrutinise the urban landscape for… KANGAROOS. 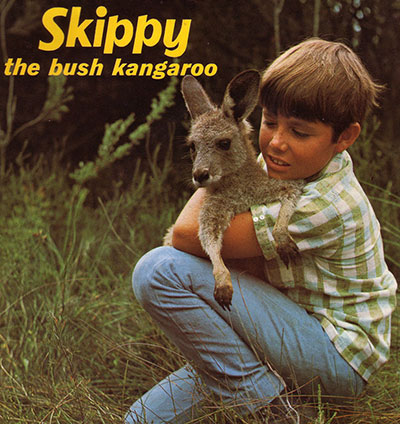 Unfortunately because of a TV show Skippy – the Bush Kangaroo (that testament to Australian actors, directors and producers), which somehow or other is being broadcast somewhere in the civilised world at any given time of the day or night or any time in between. Yep, because of Skippy, everyone knows Australian suburban streets are awash with kangaroos – happily hopping around; solving crimes, saving that annoying Sonny child from weekly fates worse than death; telephoning police to report suspicious characters; and making that curious Hannibal Lecter chirping / sucking sound that no kangaroo worth its salt could ever make.

So it is with some embarrassment that we, urbanised locals, have to take our visitors to the zoo to see our national symbol. If we feel extra generous, and if they want a real close up look, we drive them a couple of hundred kilometres out of our concrete canyons, and show them some roadkill – a real example of environmental culture clash – where the soft and furry Skippy’s of this world meet the hard, unyielding bull bars of Mack trucks.

There, if our visitors are really lucky, we might even find something, reasonably fresh, reasonably recognisable as a Skippy, and with enough bones reasonably intact to be  propped against a fence post so they can take a selfie with it.

Otherwise, like the remaining 98% of Australians who live in metropolitan bliss around Australia’s coastline, our visitors will never see a mob of truly wild, truly free Big Reds or Western Greys bounding through mist wreathed valleys and eucalypt covered  highlands.

So why then, is an overpaid, under-talented TV kangaroo called Skippy getting a mention in this African- Australian magazine which claims to act as a platform to provide an African perspective on Australian topics?

Because dear, doubting reader – fuelled by such past TV gems as Hatari, Wild at Heart and anything with David Attenborough in it – an Australian’s perspective suffers from the same misdirected notions about Africa!  We think the whole of Africa is teeming with exotic creatures, eating each other, chasing each other, hiding from each other, or, in the less scientific shows, trampling down washing lines and poking their collective heads through the kitchen window for the amusement of the starched khaki clad occupants inside.

In that wild and savage land, anyone mad enough to set foot outside their door is going to be eaten by a buffalo, mauled by a mongoose (that’s having a rest from killing cobras), or chased by an elephant that weighs more than 5 family cars – whatever that means.

So what then is the reality?

Wikipedia tells us continental Africa has an area of 30.2 million km² and a population of 1.111 billion (give or take a few latecomers). In comparison Australia has 23 million people crammed into an area of around 7.7 million km².

From that, simple mathematics tells us Africa has 0.03 people per square km compared to Australia’s 0.33, and having established that the average Aussie hasn’t seen a wild kangaroo, the odds are stacked against the average thinly-stretched African Joe or Jenny ever seeing anything wilder than their pet dog waiting for its dinner.

Add to the equation that most of Africa’s animals are now contained within National Parks and Reserves (huge and spacious they may be, but by any other name are open range zoos), and most are located well away from major population areas, the chances of bumping into the odd hippo on the way to the local supermarket are very slim indeed.

And, while most National Parks have a two-tier scale of entry fees for tourist visitors and citizens, the cost for an average ‘local’ family to visit a park can be prohibitive – and that without even considering costs of travel, accommodation, guides and lion repellent cream. Just take a look at the African ‘wild life’ videos on You-Tube.

So what do our travels and our trolling through the social media tell us about darkest Africa and the weird and wonderful creatures that live there.

The Serengetti has the greatest concentration of wild life and Hi-Ace tourist buses in the world.

The average cheetah family consists of an overworked mother, two naughty cubs and a bloke in a Toyota Landcruiser.

Kruger National Park is full of  Americanus tourisists who have been cast out of the family herd and wander the world using their mating call of ‘Ohmygad’ to attract similar of the species.

Buffalo should stay away from Japanese tourists because there are always about 300 of them around to watch it being eaten by lions.

On the other hand buffalo should always stay close to David Attenborough because they always escape from lions when he is around.

But for all that, “Wild Africa” remains, but sadly, like a globally warmed iceberg, this unfenced Disneyland is getting smaller by the day. As one who has walked the savannah plains, been pierced by acacia thorns, proudly sweated through the fever of malaria, and has heard the cough of a lion through the canvas wall of my tent, I can only say it was an honour and a privilege.