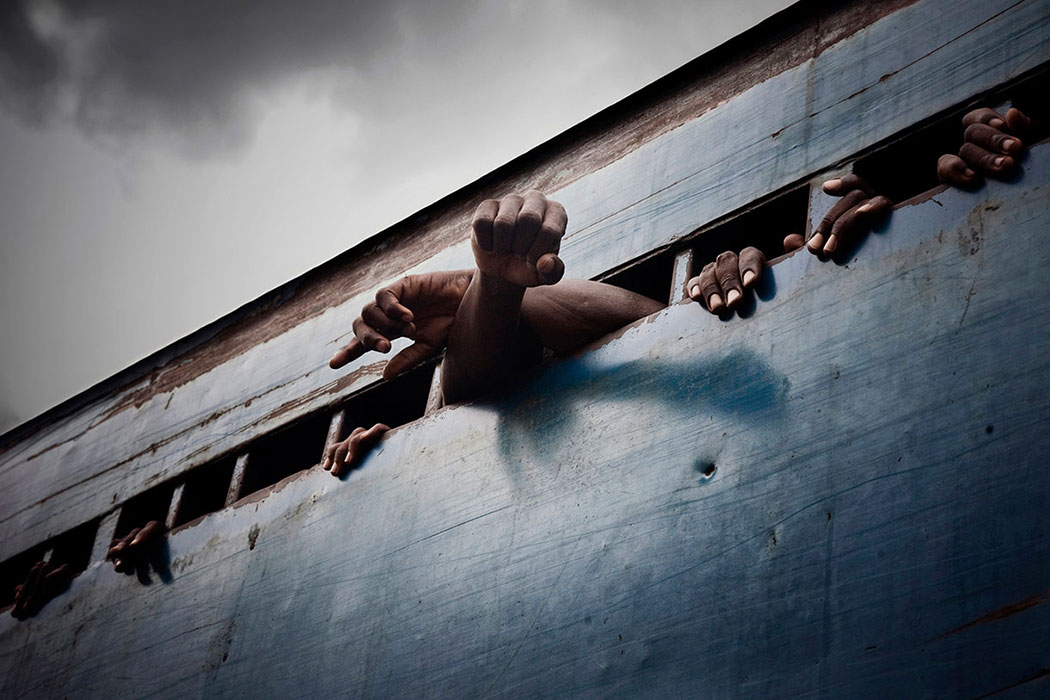 I was born and raised in Sierra Leone and worked as a camera operator for the Sierra Leone Broadcasting Service before and during the civil war of 1991 – 2002.

Hundreds of thousands of Sierra Leoneans died in that conflict and I witnessed both the diplomatic façade as well as the underlying turbulence in that period of my country’s history. My globally released documentary, Darkness in Paradise, stands as a testament to what I witnessed through my camera.

I have lived in Sydney, Australia for the past 10 years, continuing my career as a cameraman and a documentary producer. In that capacity I planned to return to Sierra Leone with a colleague to document alleged systemic corruption throughout all levels of its society.

My return to my country of birth proved to be a harrowing and potentially fatal encounter with the current Sierra Leonean regime, as I was arrested, beaten, and detained at the notorious maximum security prison in Pademba Road, Freetown.

Now back in Australia, I want to share my story with SALT Magazine readers.

My ordeal started when I tried to help a fellow Sierra Leonean-Australian who had been detained in one of the local police stations, allegedly unlawfully and in violation of his rights. His case was being handled, badly in my opinion, by the Assistant Inspector General (AIG) Mme Memuna Conteh, and I went to the Ministry of Information to record my concerns. I also gave an interview to a local radio station – which apparently brought me to Mme Conteh’s attention.

A few days later I was at a friend’s house when I heard gunshots in the street outside, so I took my camera and went to see what was happening. I saw a police vehicle there with its siren lights on and as I recorded the scene, three men rushed toward me from the vehicle and tried to grab my camera. We struggled as I tried to tell them I was a journalist but they started beating me with batons.
I forced my way to the police vehicle hoping the officer in charge of the operation would stop the assault but to my absolute dismay I came face to face with Mme Conteh, whose behaviour I had reported and complained about in the radio interview.

She told me to surrender my camera and get into the back of the vehicle, which I did. From other detainees already in the vehicle, I found out the gunshots resulted from police trying to control a clash between rival local society groups. In the chaos innocent bystanders, including myself, were caught up in the fray and arrested.

With the others I was taken to Ross Road police station and detained overnight. The next day I was told that Mme Memuna had decided we would face trial and be imprisoned. I was incredulous, absolutely refusing to believe this information – but that is exactly what unfolded.

We were taken to the court and placed in a secured dock. The Magistrate entered, announced that he was too busy to hear our case on that day but as we were charged with riotous conduct, he would detain us all for eight days in the Pademba Rd prison. I tried to explain to him that I was an Australian journalist but his response was that he’d investigate my claim “when you come back after eight days.”

Ironically, through official channels, I’d previously requested a visit to the prison to interview some inmates but I had been denied access. Now, here I was as an inmate.

I knew the prison had been built during the colonial era to house about 300 inmates but now over 1600 prisoners were incarcerated there.  I witnessed first hand the appalling conditions under which the prisoners were kept, and after they learnt I was a journalist, all were eager to tell me of their experiences. For some this included being held on remand for up to six years without trial.

I shared a cramped cell with 10 other people – there was no proper ventilation and most prisoners lay on the floor, barely clothed, and packed like sardines in order to fit in the available space.

Luckily for me, local journalists heard of my plight and rallied to my defence through the media – as a result I only spent one night in the prison after being granted bail.

At our trial, the magistrate asked us to plead guilty which I refused to do. Regardless however, I and all my fellow detainees were found guilty, and each had to pay 550,000 Leones (roughly $140 AUD)  – 150 000 for repairing the police vehicle which was claimed to have been damaged during the rioting; and 400, 0000 as our court fine. In total 14million Leones was collected on that day with no official documentation or receipts and those who failed to raise the money were sent back to prison for two months.

Several weeks after my release, I was arrested again when I got caught up in a police operation to net illegal money changers. As I filmed the action I was approached by the officer in charge of the operation and arrested. This time, thankfully, I was released without charge after being allowed to telephone several of my Freetown associates.

I am now back in Australia, and enjoying the rights and the freedoms we take for granted here. If needed, I will return to Sierra Leone and help in the struggle to introduce enlightenment, equality and liberal justice to that beautiful but troubled country of my ancestors.

Edmonson Sonny Cole is a Sydney based African-Australian journalist. He was originally from Sierra Leone where he worked as a cameraman for the Sierra Leone Broadcasting Service. In 2006 he released a documentary 'Darkness Over Paradise' depicting the 10-year civil war in Sierra Leone.

Do it in a dress for girls in Sierra Leone