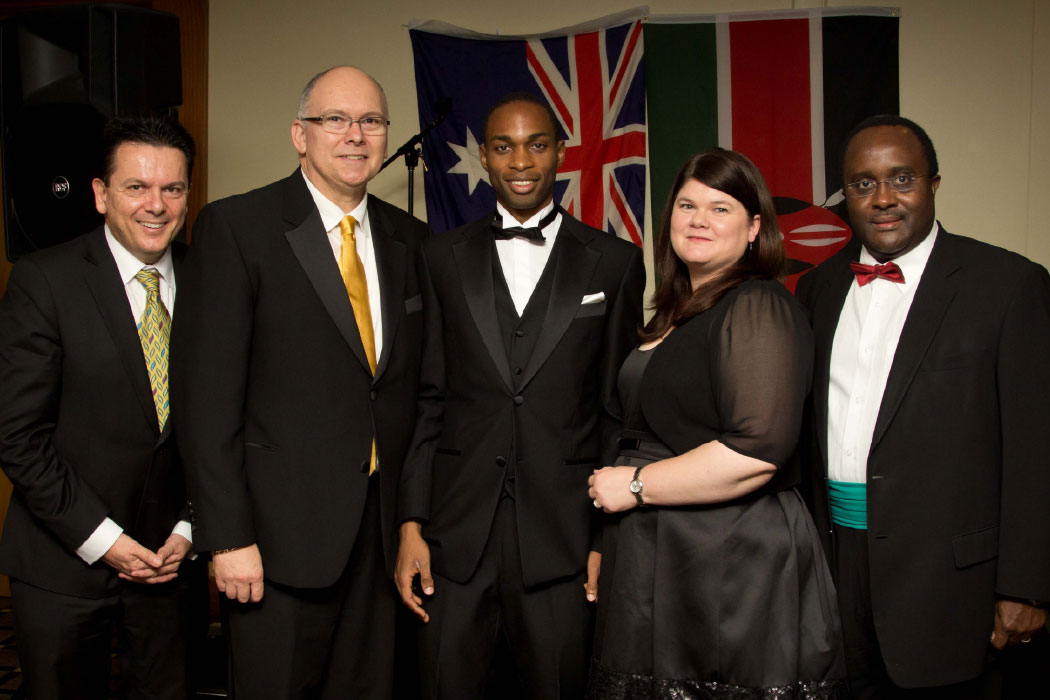 After only three month in office as Kenya’s High Commissioner to Australia, Mr Isaiyah Kabira joined South Australian celebrations of Madraka Day, which commemorates Kenya’s Independence from Britain in 1963.

Held at Adelaide’s Stamford Plaza Hotel on Saturday 7 June, it was a night of glamour attended by members of the Kenyan community, and a host of dignitaries, including South Australia’s Minister for Multicultural Affairs, the Hon. Zoe Bettison MLA.

Mr Kabira has worked in government for the past twelve years, before which he was prominent in Kenya’s media industry, being one of the founders of Africa’s first private TV station the Kenya Television Network.

SALT Magazine met with the High Commissioner before the event to chat about his role and his plans for representing Kenya’s interest in Australia.
Mr Kabira said he had been impressed by the hardworking attitude of the Kenyans he has met in Australia, and was delighted to be invited to celebrate their independence day in Adelaide. He said it was a very symbolic event for Kenyans as “…it’s the day we raise our flag and say, ‘Yes, we too are now independent’.”

We asked him if he thought overseas based Kenyans are contributing enough to their homeland. He considered for a while and said, “While the money Kenyans send back home is useful to the economy and worth commending, I would like to see some more of the ideas from this part of the world being sent home and shared with the Kenyan people.”

“Some of the people I meet insist they will return and apply what they have learned, but resettling takes a very long time. If you have good ideas – send them back home now, help to implement them, and let them form the basis for opportunities for both Australians and Kenyans.”

As for his plans while in Australia, Mr Kabira said he has 5 key goals, which he has cleverly called TEAMS. They are to improve Tourism, Education, Agriculture, Mining, and Security relationships between Australia and Kenya.

The ambassador thanked the Australian government for recently donating $10 million toward the upkeep of the African Union Mission in Somalia (AMISOM). We asked whether the majority of Kenyans are supportive of the intervention in Somalia.

“Ultimately,’ he said, “somebody has to take responsibility to calm the situation in Somalia. It is a neighbouring country, and all Kenyans want to have a good neighbour that we can trade with – these are our brothers and sisters”

Mr Kabira believes that all Africans living abroad act as the ambassadors of Africa. “Not many Australians have been to Africa, so their only image is the one that Africans here project.”

SALT Magazine thanks Mr Kabira for his time and wishes him a very successful tour of duty.

A number of rallies have recently been held across Australia over claims that Muslim groups want to change Australia’s cultural identity. In Adelaide, the…