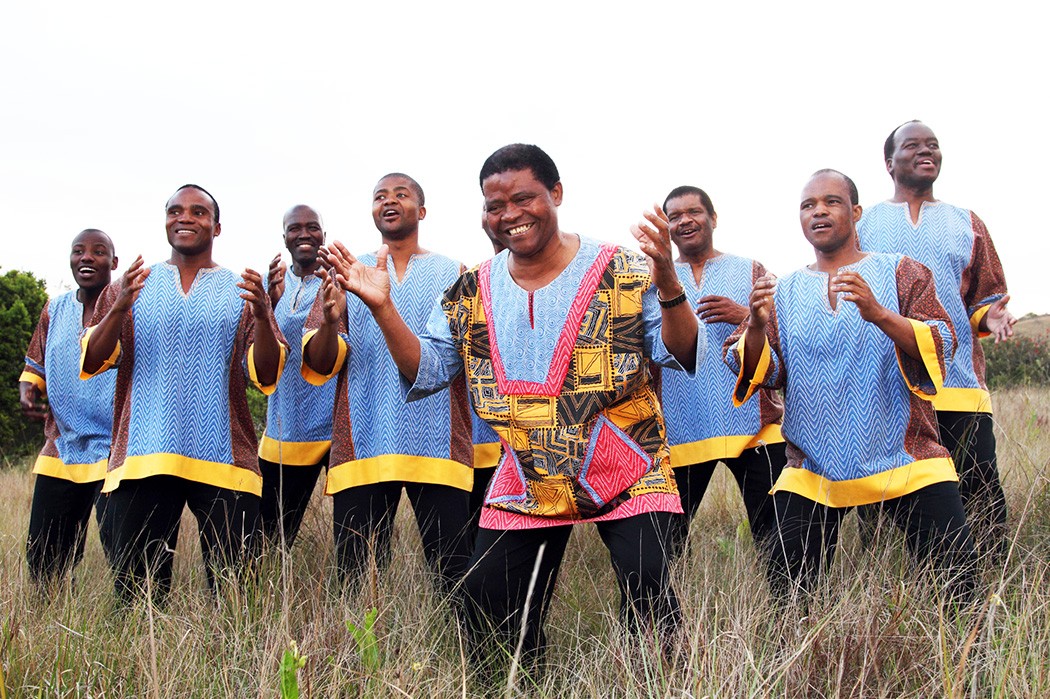 World music lovers in Australia should be all braced up for anther exciting March weekend as performing artists from over 30 countries converge in Adelaide’s exquisite botanic garden for its 20th WOMADelaide festival celebration.

With sixteen Grammy nominations and four Grammy awards under their belt, South Africa’s most renowned music sensation Ladysmith Black Mambazo will be performing live at this prestigious event.

Led by founder Joseph Shabalala for over 50 years, the group has captivated the world with their soothing harmonious voices. With 40 performances lined up for January 2016 – March 2016 in different parts of the world, Salt Magazine spoke to one of the original members of the choral group, tenor voice Albert Mazibuko who has been with the group for over 40 years, to talk about their music and what’s it like to be on the road most of the time.

Chuckling over the phone the 67 year old Albert said “you know when you are doing something that you like you don’t feel that it’s a burden you only feel like it’s an opportunity to enjoy yourself, for these three months we will be singing our music and dancing every night, that’s how we do it”

Albert said they’ve been in Australia so many times he’s lost count. “We enjoy our performance there; there is always a special kind of feeling when we are in Australia, we feel like we are home”

Talking about how he got involved with the group which originally consisted mainly of family members, Albert said he was approached by Joseph Shabalala to join the group in 1969.

“He came to me and said he had a dream from his grandmother who is my grandfather’s sister, telling him that he should come to me and my brother and invite us to join the band as we will help him to achieve his dream… I was really happy because I wanted to join his group all the time.

“He said don’t get too excited, I know you know how to sing but this one is going to be different , we are going to write new songs, the kind of music that is going to be encouraging people not to lose hope, since then we’ve never looked back” said Albert.

For Albert life under apartheid wasn’t easy but they did their best to survive and rehearse their music. He said they had limited time to record their songs. “The studio would be booked for only 4 hrs in which you have to record 12 songs and have it mixed, any small mistake you have to start from the beginning, so life was challenging but we were raised as people that have to face challenges and conquer it” he added.

Asked about the message in their songs Albert said it is a bit of everything. “We sing about politics, social issues and we also sing about uplifting people’s spirits, we try to address every situation that we see, with the hope that some people might be helped with our music”

Albert said his most memorable moment as a performing artist is accompanying the late Nelson Mandela and F.W. de Klerk to receive their Nobel Prize at the Oslo City Hall in Norway, 10 December 1993. “I think of it all the time because it was history making for us, we were the only group that was allowed to sing in the ceremony, after our performance I remember Nelson Mandela stood up and said black power black mambazo …it was very emotional and it always stayed with us, I think that was the biggest moment of the group”

Their Inspiration according to Albert came from the people that have loved their acapella style of music over the years. He said after every performance people come up to them and thank them for their songs. “They say our music, it lifts their spirit, they say I came to your concert, I was down but now my spirit is so high …. What we do impacts people” he added.

According to Albert their beautiful harmonies are derived from dreams that Joseph usually has. “Every time he goes to sleep its like someone sitting in school learning how to write music and then put voices together, I’ll wake up in the morning and he will say last night I dreamt this song and he will play it for me and the others.”

We asked Albert what he makes of all their Grammy award nominations and wins. “I think it’s about what we are telling people through our music, that’s why we are getting all these nominations, I think it’s a way that people are saying thank you for what you have done and it is encouraging and motivating for us to do more music and reach out to more people.”

For Adelaide world music lovers, Albert’s message is “we’ll be bringing peace love and harmony to Adelaide, so people should come and enjoy themselves, we have beautiful songs that we’ve selected, every minute of the show is going to be vibrant.”

It was great talking to Albert and we look forward to their performance in March.

For more info or to purchase tickets, visit the WOMADelaide website here.