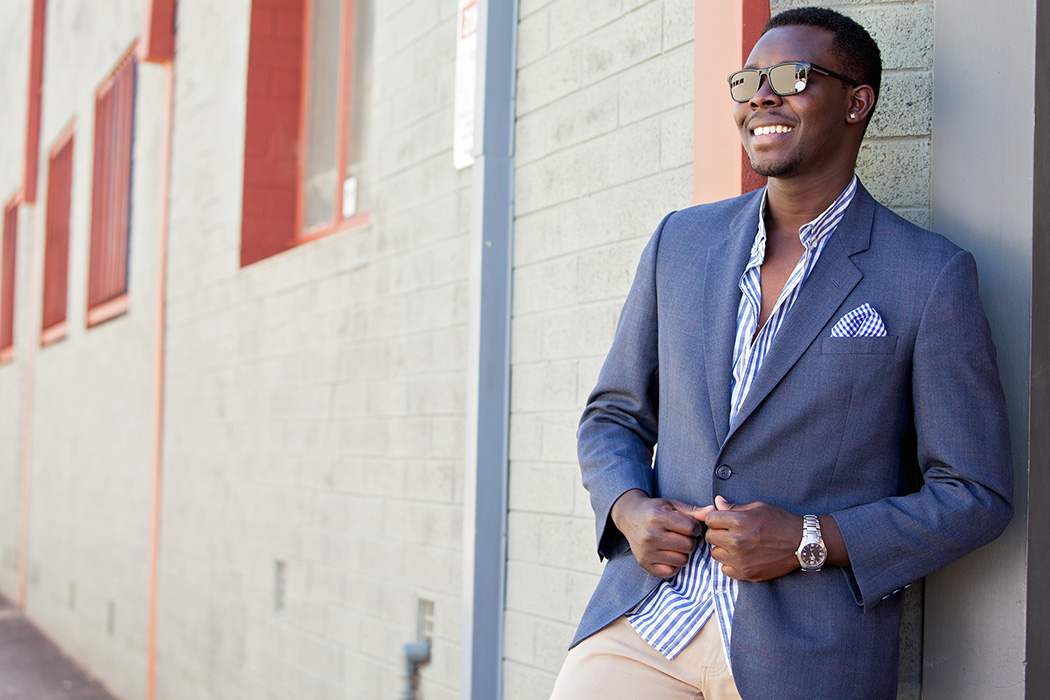 Stephen Tongun AKA Topgun wears many hats: a lawyer by day, an MC at HQ, Adelaide’s largest and most renowned nightclub and entertainment complex and also host to the biggest obstacle challenge event in Asia ‘Viper Challenge’. If it was possible to harness Stephen’s enthusiasm, there’d be enough energy to power a medium size town.

SALT Magazine caught up with Stephen and managed to get him to sit still for a chat about his Australian journey and how he overcame the odds to become an actor, a musician, a qualified lawyer and the most sought after MC from the African community in South Australia.

Stephen arrived in Australia in 2000 as a 12-year-old and like most new kids on the block he had to adjust to the Australian way of life. Talking about some of his early experiences, he shared with us one that stands out the most to him during the first week at school with his PE teacher. “He was speaking so fast I just kept saying yes to everything he said, end of the story I found out that I actually signed myself up for the cricket team and I’d never played cricket in my life.”

Gradually he started making friends unlike some of the other kids who stuck to their groups. “You’ve got the Vietnamese boys, Italians boys on one side and so on but fortunately for me I floated around all the circles and all of them were my friends which helped me get a better understanding of society.”

According to Stephen public speaking is in the family DNA. “My siblings are all confident speakers in their own right … inherited from dad, we don’t mind the spotlight.”

Stephen said he used to watch his brother MC from an early age which paved the way for him.  “He showed me the ropes a little bit and one weekend I was working in the back of a kitchen in an Indian restaurant scrubbing pots when I got a call from someone that they needed an MC in a club. I auditioned and never looked back.”

Wearing so many hats can be challenging so how does Stephen navigate the maze of his life? “For me, it’s all public speaking but for a different audience. If you are in front of a judge there are different protocols involved likewise if you are in front of a crowd in a club or audience in a theatre. There is one thing in common: you are in charge and everyone is listening to you.”

Steven said his most memorable experience as an MC was when he hosted the Nelly Concert at Thebarton theatre. “Not only that it falls on my birthday but to be sharing the same stage with somebody you’ve admired growing up, that to me reinforces the opportunities that exist in the entertainment industry.”

Talking about other youth in the community, Stephen said there are a lot of talent out there; all they need is encouragement and guidance. He said sometimes parents’ expectations were too high, leading to pressure which turns into frustrations.  “As a legal advocate, I’m exposed to a lot of the youth that came through the legal system. They get caught up in the system and most don’t get along well with their parents, so when in trouble they fall back to friends and, unfortunately, most of the friends are in the same boat with them … so it creates a quicksand effect. Everyone is sinking and they don’t have hands to reach out to. As a community we need to be the hand that reaches out to pull them out.”

We asked Stephen how does he manage to stay on top of the game this far and he said it’s all about hard work. “it’s been tough, it’s been a struggle, not only that, I have to be ready and alert for the week, my work ethic is, I’m always working, weekday and weekend either planning an event or taking part in an event. My partner sometimes tells me you need to slow down.”

Stephen expressed gratitude to family and friends for their continued support and his parting message for our readers is “don’t be idle, work on something for yourself, eventually you’ll be able to run and fly.”