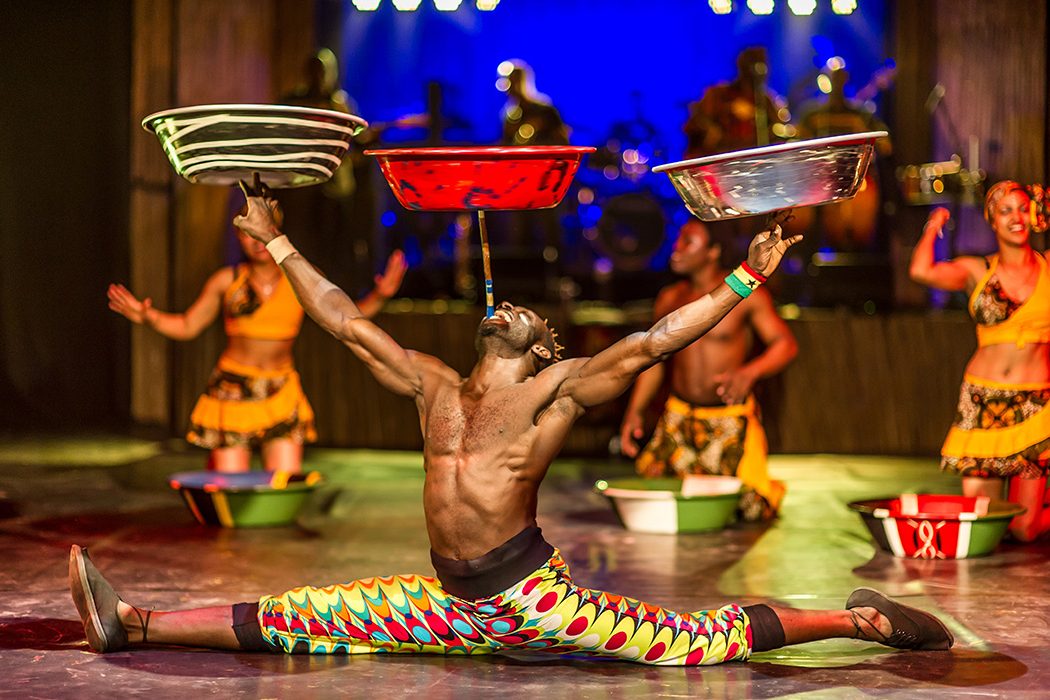 The 2017 Adelaide Fringe kicked off it’s opening weekend on Saturday 18 February with the annual Fringe Parade. With more than 1100 events, the 2017 Adelaide Fringe program boasts another record number of attractions to delight, inspire and challenge audiences. More than 5250 artists will present works across a range of genres, and we thought we’d give you a quick overview of the not-to-miss African themed events. 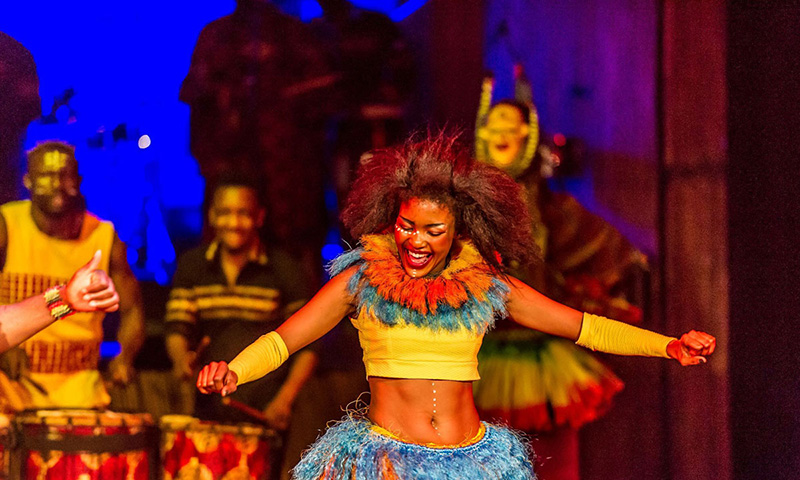 Cirque Africa is a modern, cultural, educational and visually spectacular, entertaining, theatrical, spellbinding production without animals and the only ★★★★★ rated show touring Australia and the only show of its kind touring worldwide. 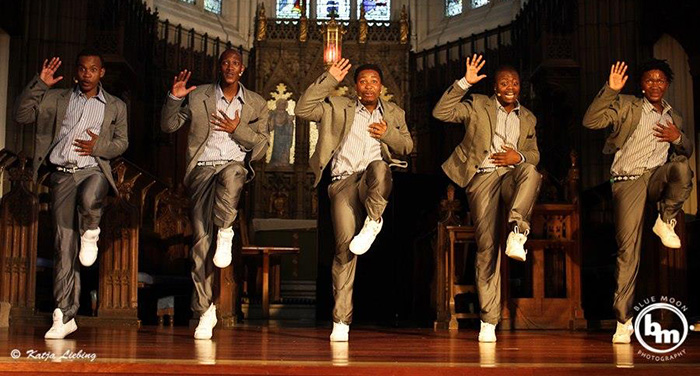 Distinct from the other African music shows that have stormed the Fringe in recent years in that they freely blend western pop elements of the male vocal harmony tradition into their performance. 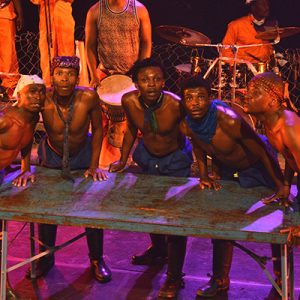 An international phenomenon that  swept across the globe.

Gumboot dancing was born out of the oppressive gold mines of South Africa. Forbidden to speak, the slaves developed their own language by slapping their gumboot & rattling ankle chains.

Celebration of the body as a musical instrument. Energetic. 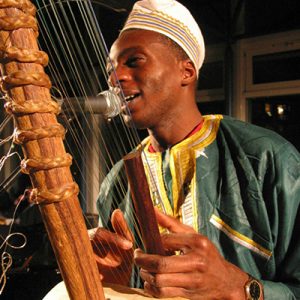 Bajaly comes from a Gambian family who have passed down the tradition of musicianship through many generations. He is related to past masters Jali Nyama Suso and Foday Musa Suso. He has been playing and singing the traditional songs of the Gambia for almost 20 years. Dressed in traditional robes, singing ancient songs and telling folk tales.

Venue: The Sky Room at The Griffins Hotel  > View Tickets and times 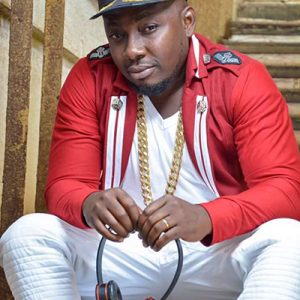 Choirmasters and the Choristers African Ensemble

Choirmaster is a musician whose silky voice and artistic appreciation of music has endeared him to many people for many years. An award winning artist, Choirmaster has graced the platforms of big events in the industry including Ghana Music Awards, & performed with world acclaimed artists like 2FACE & AKON. 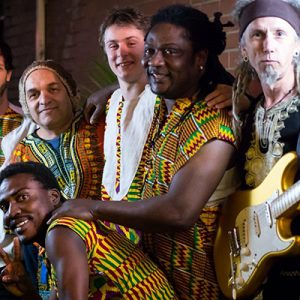 Hailing from Ghana, The Damushi Ensemble will put on a high energy performance of power drum beats from Master drummers, healing melody’s and groovy Reggae songs! We will have you up singing and dancing with our dancers.

Afrobeat Collective is an event featuring a group of West African Musicians who have brought their wealth of musical talent together for unforgettable shows this Fringe.

The artists performing under this banner are Moore Black & the Organic Roots; Bortier Okoe & Telema Bii; and Manadi Angel Lopa.

Moore Black, who fronts Adelaide band, Organic Roots performed across Europe in the 1990s. His style is a mix of reggae, spoken word, afrobeat, jazz, calypso and highlife.

Bortier Okoe has performed around the world, and is revered as one of the most talented multi-instrumentalists in the African music genre. Well-known for his extraordinary musical gifts and exciting innovations, Bortier Okoe truly is one of Africa’s most inspirational musicians. 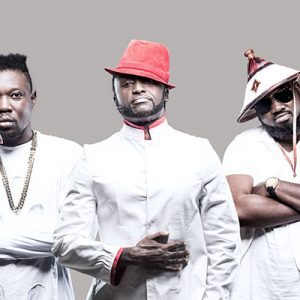 Legendary group VVIP was birthed in the year 2014. A historical merger between the Godfather of Hiplife Reggie Rockstone, Zeal (Hamid Ibrahim) and Prodigal (Joseph Nana Ofori) of the group VIP. 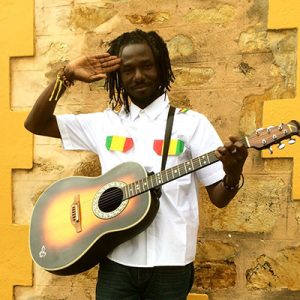 The OZAFRO band is an invigorating fusion of Hi-life, Salsa, Spanish and Jazz, that is created out of a strong spirituality that entwines music and art to produce authentic, most distinctive compositions.

The audience is invited to become a part of the creation that unfolds and dance to the irresistible rhythms and melodies. 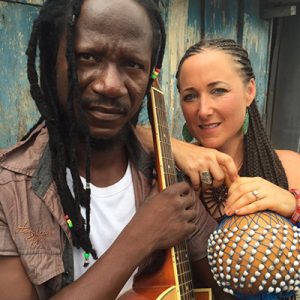 Manadi “Angel” Lopa, a renowned Ghanaian reggae artist, is from the Northern region of Ghana where indigenous music has a different feel & sound to what you would hear in the city Accra, or along the coastline. The music has more of a traditional folk feel about it. It is rich yet simple & and tells stories of harvest, love, wisdom, peace, & of deep spiritual connections to the land. Lopa’s originals are delivered in English & local Ghanaian languages & dialects (Hausa, Sisala, Ga, Twi & Ewe) significant to his connection with different regions.

Gabrielle Lopa is a seasoned Adelaide performer. Having visited Ghana several times for professional development she continues to expand her knowledge of the culture; music, dance, food & languages. Her passion for music & thirst for Ghanaian culture is a perfect balance for the work they create together.

Celebrated Eritrean artist, Michael Adonai has launched his first solo exhibition ‘Aware’ in conjunction with the Footscray Community Arts Centre (FCAC) in Melbourne as a part…