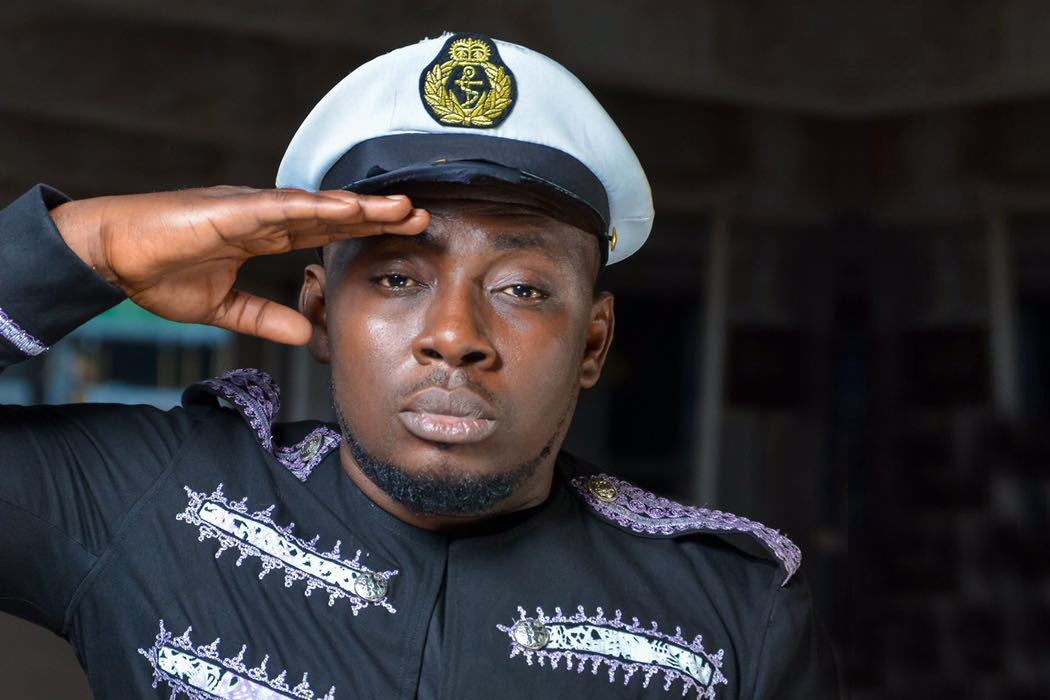 The annual Adelaide Fringe Festival is on again in full force for the next couple of weeks. With a growing number of Africans callings South Australia home, we now see an increase in the number of African artists participating in the event and Eugene Baah Aka Choirmaster from Ghana, West Africa is one of the African talents wooing this year’s audience.

Highlife music as a genre in the early 50s – 60s started in Ghana, spread to Nigeria and most of the west coast of Africa. Over the years the unique style went through many incarnations, infused with various cultural styles from the different parts of the West African sub-region. In Ghana modern Highlife music morphed into the current style tagged Hip-Life, a sub-genre started by Ghanaian musical super star Reggie Rockstone. Many groups and musicians spread the unique brand after that and one of them is the young rising artist known as choirmaster GH.

Salt Magazine contributor Tare Raine had the opportunity to meet up with Choirmaster on his inaugural Tour of Australia in Adelaide for a chat.

Choirmaster said he started singing for his family at the age of six, during family worship. He later went on to join his local church choir.   At that young age he showed not just talent in music but in art and drama as well. He credits his local church, Mannah Mission for giving him and other youths access to their musical instruments at all times.

After leaving high school in Ghana he wanted to pursue his passion in music but heeding the desire of his father he went on to study Filmmaking. While pursuing this dream Choirmaster teamed up with two friends to form the group Praye in order to enter the maiden edition of Nescafe African Revelation musical contest in Ghana. His group won the competition and went on to win the West African grand finale, blazing the trail as a top Ghanaian hip life group.

Years later Eugene left the group and started his solo career as Choirmaster GH referring to his fans as his choristers.

Choirmaster believes in the importance of education in the life of every person whether a musician or not. His close relationship with his father made him develop a strong belief that education must be a basis for any life of success. In his words “The passion for what I am doing was to chase the music, but I realized that there are certain things that if added to your talent will also shape you and put you in the right direction”.

Choirmaster classifies his type of music as Afro-pop, with strong infusions of hip-life music. “One thing I realize about myself is that I get most of my inspiration while having my bath” he said with a twinkle in his eye followed by a big laugh. I have no choice but to laugh along with his happy infectious personality.

Choirmaster’s musical influences range wide; he credits his elder brother for exposing him to international music acts. “When I was thirteen my elder brother was in Germany and he wasn’t into performing but loved buying CD’s and whenever he came down to Ghana he brought heaps of CDs, so I grew up listening to Shaggy, Angelique Kidjo, Youssou N’dour, Wyclef Jean, LL Cool J and CJ Lewis. All these artists made me versatile on beats as every beat has a way it should be tackled, and that’s how I work”. He also credits African musicians like Fela, Dbanj and Tuface Idibia for setting the pace for African musicians in the international market.

Choirmaster hopes to work in the future with major international acts like Tuface, Daddy Lumba and his dream collaboration would be to drop unique African melodies for Jay Z sometime in the future.

He has toured in the UK and this will be his first time in Australia touring Adelaide, Melbourne and Sydney. “The future for me is to take my music around the world, I am working hard with my team to spread my music all around”.

For more information on Choirmaster visit his Facebook page.

Choirmaster at the 2017 Adelaide Fringe

A 22 year old African Australian woman in Adelaide has been charged with links to the Islamic State terror group. The woman appeared in…