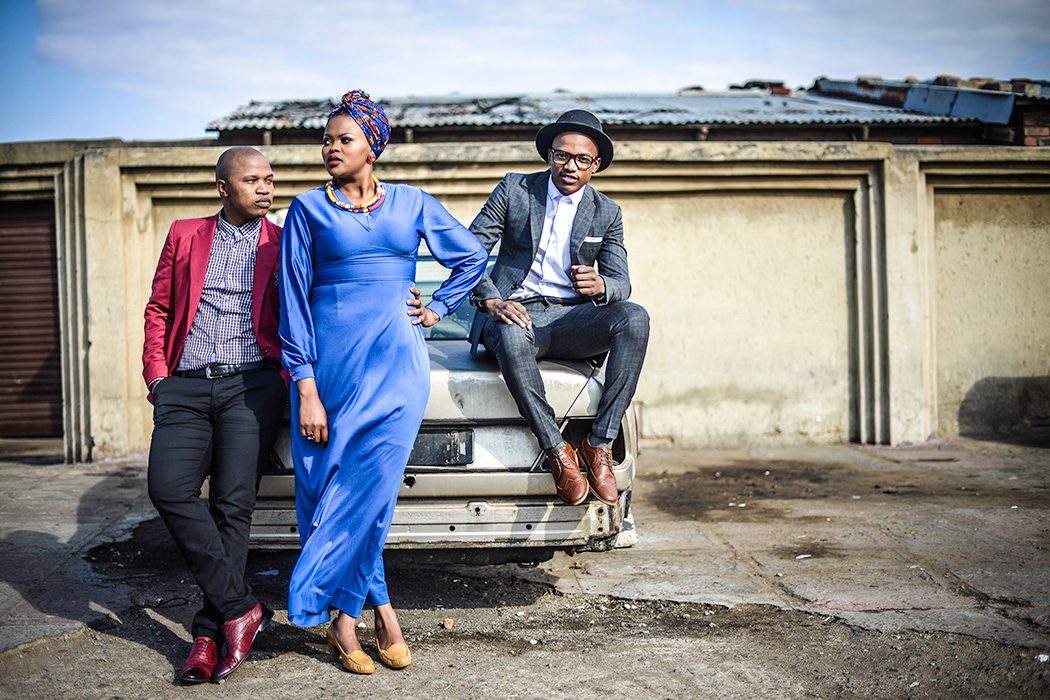 The festive mood is in full gear in the city of Adelaide as the much anticipated WOMAD festival is set to kick off Friday 10th March 2017. South African award winning acapella trio The Soil are amongst the lineup of talented artists making the journey down under for this year’s event.

The group’s latest album ‘Echoes of Kofifi’ has been a hit in South Africa and beyond. Armed with an infectious soothing and groovy harmonic rhythm the group has been thrust into the limelight over the years, sharing their beautiful vocals in different parts of the world. Defined as Kasi Soul their spellbinding diverse mix of township harmonies, soul, jazz, beatboxing and deep gospel is nothing short of joyous.

Salt Magazine had a chat with one of the group members – Luphindo Ngxanga AKA “Master P” – to talk about their music and their first trip to Australia.

Originally the group was formed in 2003 when all the members met in high school during jam sessions. Back then the group was known as Particles of the Soil and consisted of more than 25 members.

Master P said they started off as a big group and over the years the numbers dwindled to four. “We are like the last one’s standing, we live as a family”.

The first member of the group exists in a spiritual form as The Creator of all. The other three members of the group take a physical form: Buhlebendalo Mda, Luphindo Ngxanga, and Ntsika Fana Ngxanga, who are occasionally also supported by two backing vocalists, Asanda and Tshwarelo.

The group believes that they are simply a channel for their songs which came to them from a sacred place. They shot to fame in 2011 when they released their self-titled debut album which was an instant hit that went platinum, paving the way for their next album, The Soil Nostalgic Moments.

When asked what their songs are about Master P said the idea is to spread peace and unity. “We sing to unite people, we speak about peace and love for one another, and current issues” he added.

In response to a questions about the general reaction to their songs in South Africa, Master P said it has been overwhelming. “The people love it, whenever we are in stage, from the first to our last song you will find them singing along, so yeah our people love us and they love our music”.

Hard work and perseverance always prevail; according to Master P they take their music very seriously. “We write our lyrics and rehearse a lot like sometimes three times a week; it’s just a bundle of joy. Rehearsing helps you a lot as an artist”.

Talking about their musical journey Master P said it has been great to visit so many different places. “I feel like we’ve grown, yeah its overwhelming though, It’s our first trip to Australia, we are expecting warmth and love from the people of Australia as they join us in our musical journey”.

Master P said they will be firing up the Adelaide crowd with their music. “We will be bringing fireworks to WOMAD, we’ve got lot of energy when we are on stage, the harmonies the beat boxing, yeah man it’s going to be a classic”.

Salt Magazine wishes the group all the best on their WOMAD experience and look forward to sharing their photos with our readers.

The annual africultures festival will be taking place Saturday 12 March 2016 at Wyatt Park, Church Street, Lidcombe in Sydney. Since its inception the…