You are no doubt aware of the Liberal Coalition Government’s proposal to amend the Racial Discrimination Act in relation to the racial vilification provisions contained in that Act.

SALT Magazine supports the opposition voiced by many multicultural organisations and social community groups which have made formal submissions to the Federal Attorney General.

We reject the claims that the preservation of freedom of speech is the sole justification for the proposed changes, an “objective which is not considered to be inconsistent with protecting people from racial vilification” By its very nature SALT Magazine stands for the overriding concept of free speech as allowed in a democracy such as Australia, but nevertheless believes that the stated objectives of the amendments fail.

In particular we are strongly of the view that while the draft amendments provide little, if any, restrictions on the freedom of speech concept, they almost completely remove any legislated protection against racial vilification and intimidation. We cannot stand by and allow this licence to mock, ridicule and offend people to pass without challenge.

We believe the removal of section 18d from the Act and its proposed replacement clauses, effectively renders it impossible for successful legal action to be taken against any person or organisation which commits any act which is reasonably likely to vilify or intimidate another person or group of persons.

Not only does the proposed amendment specifically exempt from being unlawful, any act of vilification or intimidation done in private, it also exempts any vilification done in the public domain, which is written, spoken, broadcast, published or otherwise communicated in the course of discussion of ‘any political, social, cultural, religious, artistic, academic or scientific matter.’ This is very concerning.

It is difficult to establish what constitutes a ‘private’ scenario, but absolutely impossible to describe a public situation which could fall outside those parameters. In other words, anyone can make racist comments about any one person or group in any setting, public or private, and be protected against criminal action. The only recourse for the offended person would be an expensive and drawn out civil action for defamation.

The window of opportunity to make formal submissions to the government is now closed, however we urge you and your community members to fully consider the ongoing harm the proposed amendment could have on multiculturalism in this country, and on the very real potential that ill-informed groups will see it as a license to incite racial tensions. We encourage you to make your opposition known to your local parliamentarians, both State and Federal, so that your input may be carried to Canberra.

SALT Magazine will be happy to receive your input to this debate and will publish your comments on our website. In the meantime we will continue to do all we can to ensure the proposed amendments are opposed. 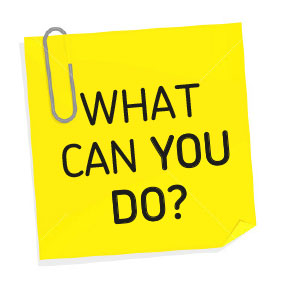 1. Write a letter to your State and Federal MPs.

2. Sign an online petition, there are many including one on change.org and communityrun.org

3. Spread the word to family and friends so they can do the same.

Locked up in Sierra Leone