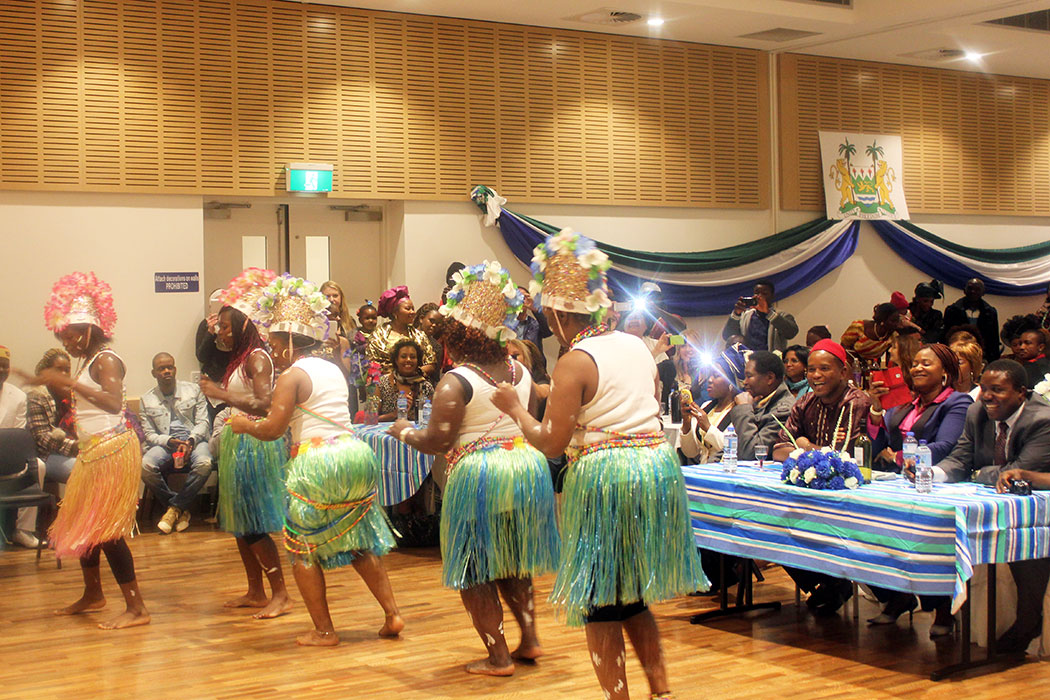 The Sierra Leone community in SA celebrated their 53rd Independence Anniversary on the 3rd May 2014 at the Klemzig Community Hall in Adelaide.

It was big night for Sierra Leoneans, and the hall was jam packed with members of the African community and invited guests, who were treated to traditional Sierra Leone music, dance, and food.

Amos Davis, Chair of the Sierra Leone Men’s Group, welcomed the guests and thanked them for being part of the celebration.  He commended the hard work of community members in staging the show and helping to commemorate Sierra Leone’s independence with SA’s Multicultural community and general public.

The guest speaker, Mabok Marial, Chair of the African Communities Council of South Australia said he was impressed by the organisation of the event. He urged community members to stay united and continue the good work they have demonstrated by hosting such a successful event. “We should all work together and promote our cultures” he said.