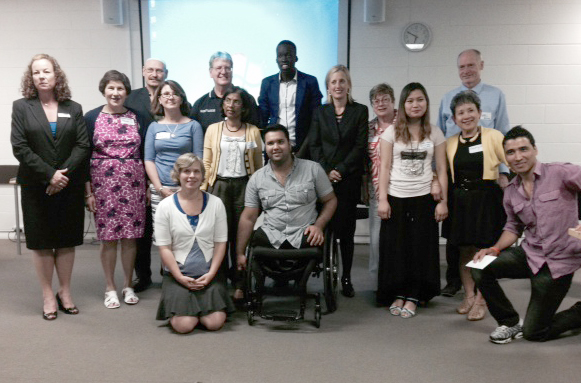 Students from new and emerging communities, and their educators, were honoured at the Education Exchange & Recognition of Excellence Awards held at the Hedley-Beare Centre for Teaching and Learning in Canberra on 19 November 2013. These awards are jointly organised by the Companion House Assisting Survivors of Torture and Trauma and the ACT Council of Parents & Citizens Associations.

The opening address was delivered by the ACT Chief Minister, Ms Katy Gallagher MLA, who acknowledged the good work of the organisers and of other stakeholders in the education sector.

The Chief Minister said she was always impressed by the individual efforts and collaborative partnerships that existed across the community “to get the best we can for our children”, and made particular reference to those who needed extra support adjusting to life in a new country because of their possibly traumatic backgrounds.

Earlier, Ms Deborah Nelson, Companion House Counsellor / Advocate said the event not only formally recognised teachers and schools which have demonstrated excellence in working with students from a refugee background, but also allowed attendees the opportunity to discuss ways of improving and expanding that excellence to provide more chances for refugee children to succeed and build a foundation for life here in Australia.

Awards were presented to many other worthy recipients across all fields of education and school management, and all participants spoke highly of the event and its potential long term benefits.

Mr. Hongsar Channaibanya, a Community Development worker at Companion House, was a very capable Master of Ceremonies for this year’s event.