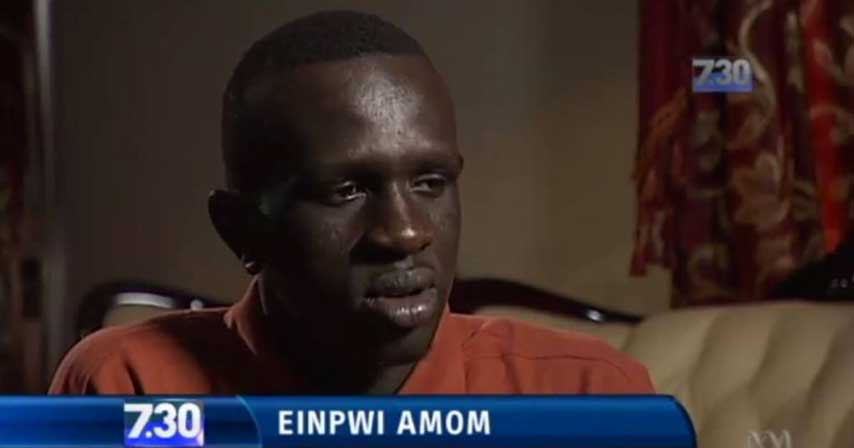 Concerned residents in Blacktown Sydney have organised a peaceful protest today to highlight their unease over the police use of a Taser gun on 17-year-old Sudanese Einpwi Amom.

The incident occurred on June 17 at Sydney’s Blacktown train station where Police chased and used a Taser gun on the unarmed and handcuffed Sudanese youth.

CCTV footage shows Einpwi Amom being chased by Police through the train station where he falls and hits his head, knocking him unconscious on the stairs.

When the Police officer catches up with him, he drags the youth to the landing and handcuffs him, without administering any first aid.
Einpwi comes around only to find himself surrounded by six officers. When the officers try to bring him to his feet, he appears to resist and is subsequently tasered.

The six charges laid against him are failing to comply with a direction, offensive language, resisting police officer in the course of duty and three counts of assaulting a police officer.

All charges  were dismissed after a Parramatta Children’s court judged viewed the CCTV footage, mobile phone and Police camera vision of the incident.

The Judge ruled that the officers acted outside the lawful execution of duty when placing him under arrest.

Meanwhile, NSW Police have issued a statement saying the use of the Taser was within Police Guidelines.