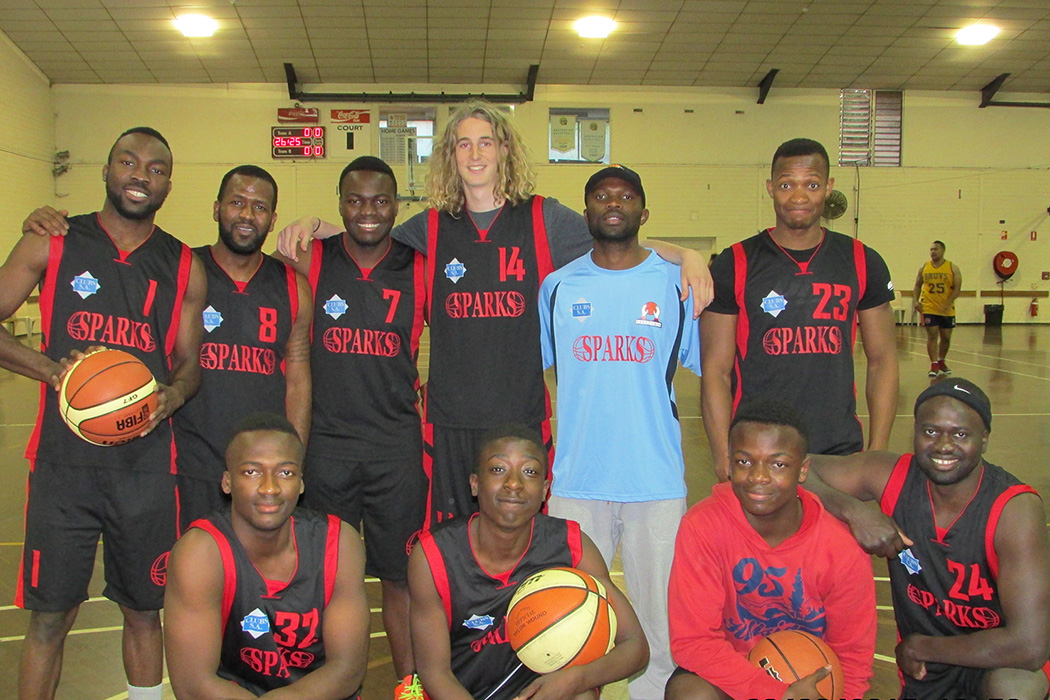 The 40 minute game ended in a 57 to 24 point win for Sparks Basketball club, comprising young African players from different backgrounds. Sparks player David Stevens was the most valuable player of the day which marked the second winning for Sparks since they changed the team name from Freetonix.

SALT Magazine was at a presentation ceremony organised by Sparks before the season’s final and spoke with some of the key players of the team.

“We decided to have this presentation to thank Clubs SA for helping us secure a grant to buy uniforms and shoes for our boys as we have been using uniforms that were not consistent with the game’s dress codes” said the team event coordinator Alpha Turay.

Sparks head coach Harold Mcmath, an American basketball icon and a prominent mentoring figure for potential basketball players in Adelaide said at the start the boys were not coachable. “There was a lot of fighting, that sort of thing, but through persistence things turned around, out there they give me their hundred percent and that’s all I can ask for”.

Talking about the future of basketball in Adelaide the coach reckons there is a need for a club catering for kids from diverse backgrounds. “We need to have a club that is multicultural, if the opportunity evolves and we have our own football club I’ll tell you that the talent would just bloom, I mean it’s unbelievable, so many boys, they can play NBA right now but they don’t get the chance or the opportunity to shine” he said.

According to Sparks Team captain Paul Stevens the team started off with a couple of guys and it’s now developed to a full association. “We are now thinking of fielding in a district team, it sound ambitious but 5 years ago I wasn’t thinking we will be thinking of having our own African team”

When asked about the upcoming game against Lone Star Paul said he is sure that this time the Sparks will win. “I think we are definitely going to beat them, we underestimated them the last time, that’s why we lost, this time we are all going out there guns blazing and going to give then a run for their money”

And indeed that’s exactly what they did.

﻿﻿A New face in African Fashion

In August 2014, Adelaide was host to a unique fashion event at the official launch of Dignity for Zambia, a charity which supports vulnerable…