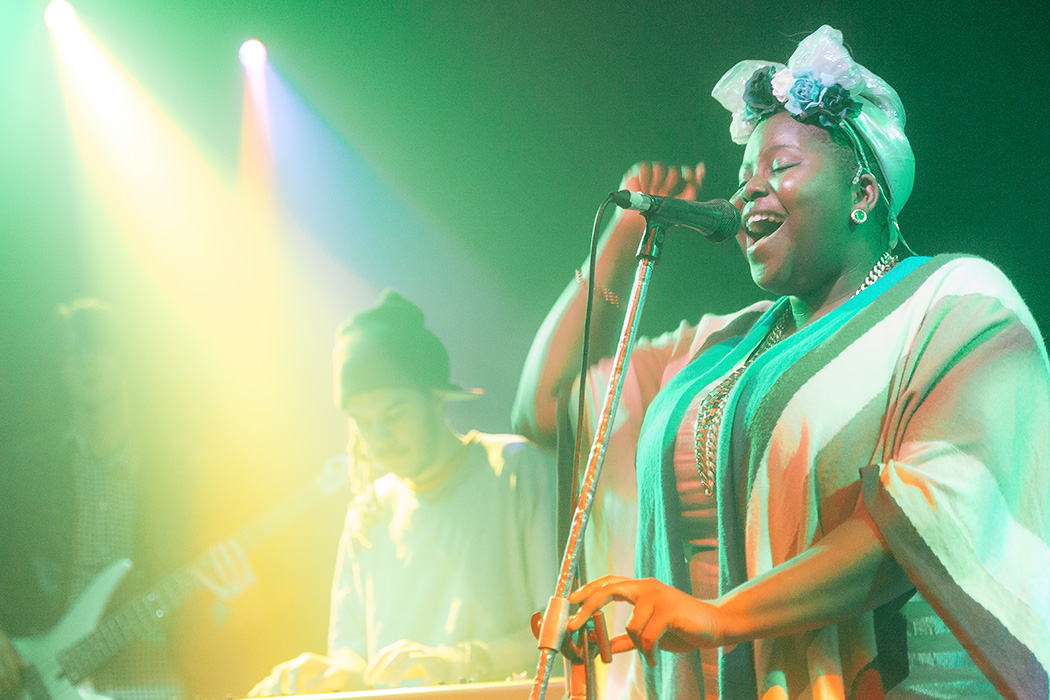 During a recent episode of Australia’s most watched reality TV show ‘The Voice’ judges Kylie Minogue and Joel Madden swivelled their chairs around to see the face behind the soulful sound of African Australian artist Thando Sikwila.

She chose to be coached by Australian pop superstar Kylie Minogue, and was later saved by  Puerto Rican music sensation Ricky Martin during the course of the competition.

It was a roller coaster ride for this 21 year old artist from Melbourne, who originally came from Zimbabwe, as she left the competition, fully charged and ready to take on the music industry.

SALT Magazine telephoned Thando to hear her story and get an insight into how she felt about mingling with world renowned celebrities, Will.I.am, Ricky Martin, Kylie Minogue and Joel Madden.

She felt very lucky to get the exposure of working with big stars she said, “At first I was a bit worried because I was thinking I would be star struck and all I’ll be thinking is ‘Oh my goodness these people are so famous and so successful,’ but when we started working with them especially the one on one sessions you start to realise that they are people just like you and me. The only difference is they have been so blessed to be successful.”

We asked how she felt when two judges offered her a spot in their teams.  “I was really hoping that at least one chair would turn but I wasn’t sure if I would be able to do it so when Kylie and Joel turned I don’t know, I was so excited, I was like ok I’m now in the competition this is becoming real” she said.

Auditioning for ‘The Voice was challenging as there are thousands of other aspiring artists queuing for a spot. So how did Thando pull it off?  She thought that the producers of the show wanted her, not only for her fabulous voice, but also to be a source of inspiration for other aspiring African Australian artists, “Getting in to the voice is not easy, and staying to the end is the hardest. But we all should have the courage to follow our dreams.”

Thando wants to live up to her own expectations, and will work hard to do something unique to propel her into the limelight. “For me I always wanted to do something that I could express myself in, I have always been singing as long as I can remember, “she said.

“I will keep my hope alive through my work on a new album, and on a planned tour early 2015. I will definitely be on the road early next year. I want people to share my music and see what we are doing now is very different from what they saw on television. I have done a lot of growing as an artist and especially since going on the show, and it made me realise what kind of musician I want to be and what kind of music I want to write. People know my name now and they will get to know my music and I want them to be a part of my journey.”

SALT Magazine is sure Thando will meet her own high standards and we wish her well in her quest for stardom in the music world.

Follow Thando on Facebook to keep up to date with her upcoming album and tour info.
You can also support her album production by donating to her crowd funding campaign here.

The sound of saxophones, trumpets, keyboards and drums filled the Nexus Arts centre in Adelaide on September 6 for a night filled with afro-descent…