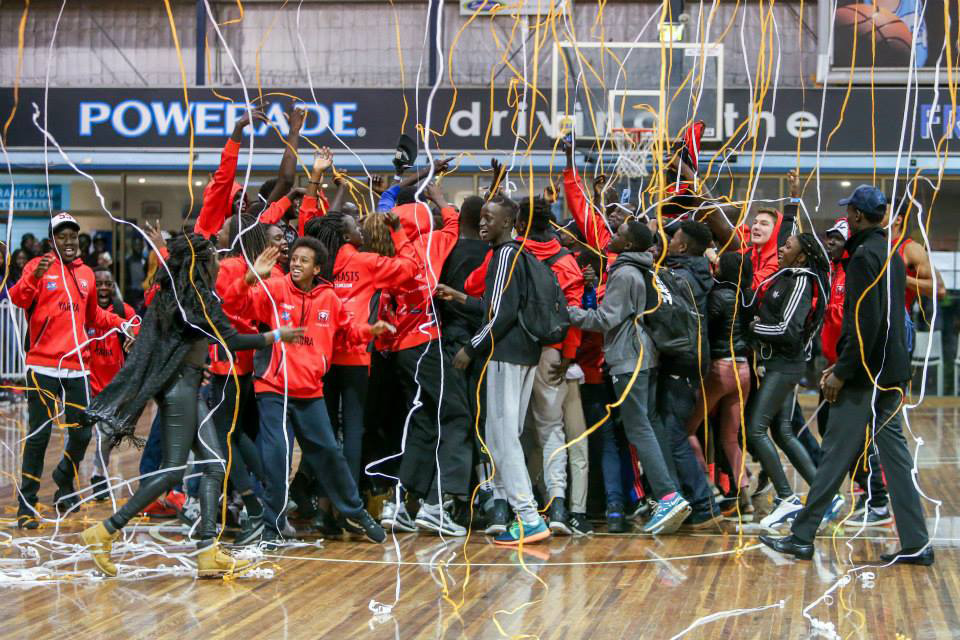 From the hard courts to the turf fields, grassroots sporting tournaments across Australia continue to redefine their status in society, in particular their importance to young African-Australian athletes.

Empowering young sports people in the various African communities is the central goal for three prominent bodies as they have engineered platforms for emerging prospects to thrive.

The South Sudanese Australian National Basketball Association (SSANBA) who operate in Melbourne see around 500 players compete in their half-yearly events.

Manager of Basketball Operations, Manyang Berberi, believes holding the National Classic in July and the Summer Slam in December contributes to the development of the players.

“We have had a lot of success with the tournaments in terms of giving them [the players] something to look forward to so they train all year.

“We have had some really good talent come out of it in the last couple of years,” Mr Berberi said.

Coordinator for the African Nations Cup in South Australia (ANCSA), Andy Kanga shared a similar view on the benefits of hosting a competition for young African athletes.

“The ANCSA has developed a lot of good African players who are currently playing in top leagues,” he said.

The West Australian Football Commission has looked to grow Australian Rules Footy among African youths, and has already put in place programs and events to cater to that objective.

Community Engagement Manager, Paul Mugambwa said identifying that there are a lot of potential athletes, they’ll look at how football can reach new participants.

“We work with a lot of the kids at the grassroots level, so we are seeing a lot of the talent starting to improve, and we will see more African kids coming through the talent pathway all the way up to the AFL,” Mr Mugambwa said.

Since being appointed in 2010, Mr Mugambwa and the team have overseen approximately 1,000 African youngsters annually throughout the programs and events like the Harmony Cup.

As the wider Australian community continue to embrace these grassroots initiatives, local and international scouts are increasingly starting to take notice.

Mr Kanga feels the annual football event in Adelaide has given the opportunity for aspiring youths to be looked at by “big clubs”.

“The tournament has been helping a lot of African youths in SA as it assists the youths to showcase their talents in a professional way,” he said.

The ANC Coordinator highlighted the likes of Thomas Deng, Teeboy Kamara and Awer Mabil who have all tasted professional football in the Hyundai A-League, as previous examples.

Similarly, Mr Berberi has witnessed that trend grow since the establishment of the SSANBA in 2009.

“We have scouts that come all the way from the States [USA] to watch the tournaments because there is so much talent,” he said. “Off the ball, tournaments, such as these, add a lot of other qualities to athletes [who] evolve not only as sportspersons, but as outstanding role models.

“Sport improves the health of our community. It promotes good citizenship, and it also educates the young ones and assists in community-building,” Mr Kanga said.

“With support from the Football Federation of South Australia (FFSA), the tournament educates the African youths on professionalism, discipline and time management,” he added.

Mr Mugambwa said, “besides promoting the game, there is a lot young people can learn through sport.

“Definitely fitness, but also mental health and things you learn, like being part of a team, working together, leadership and discipline.

“It’s definitely a big thing and it’s really important to understand the benefits in terms of on the field and off the field,” he added.

Organising committees will continue to expand their programs over the coming years creating opportunity for African youth with an interest in sport.

WOMAD musical festival is fast approaching and musicians from all over the world are in preparation mode for their journey down under. Joining us…