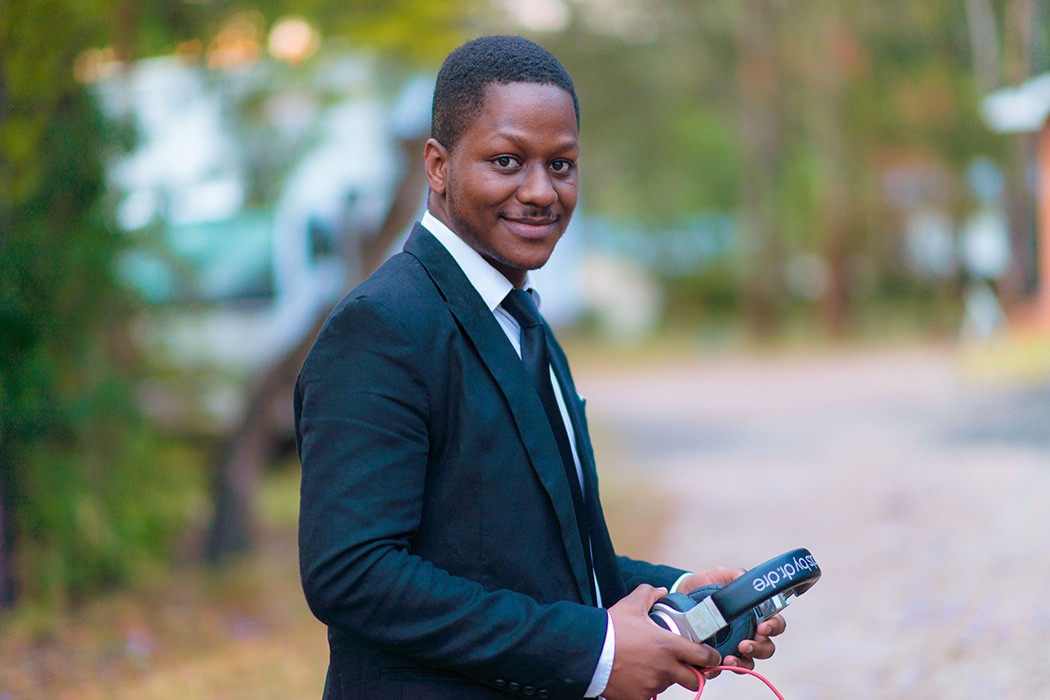 Without a doubt, music has become an inescapable component in the lives of the 7.125 billion (as of 2013) people living on planet earth. Whether you reside in the heart of Africa, Europe, America or in the slums, you will be tuned in.

In the heart of Brisbane, Zimbabwean born Terry Moyaz, came up with the idea of starting his own entertainment TV Show called “Afro Fuzion TV”, presently hosted by Lynda Matutu.

The show caters to the Afro-Urban Australian market, and is designed to share new music and news on pop culture. Targeting the urban markets living in the diaspora, due to the fact that their tastes are not being catered to on the major TV networks.

I was honoured to Meet and converse with Terry.

I started by asking what the motivation was, behind the creation of Afro Fuzion TV.

“I learnt video editing as an addition to my passion as a DJ and I realised that the major TV networks here do not showcase what most African immigrants like myself are interested in when it came to music videos, and so I take it upon myself to create a show. The idea was that it would promote Afro Beats, Hip Hop, RnB and Reggae/ Dancehall to the communities around me. You know, I was tired … Tired of playing the latest songs from artists like Davido, Tehn, Diamond or Eddy Kenzo at events and have people looking at me with no idea what these songs were.

That’s when I came up with the idea of creating a one stop platform where people can catch up on the latest music, get to know about upcoming events and also have access to the latest news on issues affecting urban communities worldwide.”

So what are the challenges you faced?

“With anything new, it’s hard to get the vision across to people, most of the people I pitched the idea to did not understand the concept or why I felt it was important for us as immigrants to have our own platform, to showcase our talents and stories.”

And Finances? How have you been able to handle the costs of this project?

“Financing the project has been hard, I mean it’s a free service we offer to the community, no one pays to watch the show and this is because we wanted to make it accessible to everyone. We do not have the budgets of the major networks like your MTV and Channel V, and because our core demographic is in the minority here. It is hard to advertise the show widely enough to reach everyone who may be interested.”

Terry continued on to say that, although they had been setbacks… He was happy to announce the success of their most recent episode, which has reached over 2,000 views in just under 10 days and are hopefully aiming to increase that number to 20,000 views in a week by the end of the year.

“It has been interesting to note that whilst the main aim of the show was to promote African/Urban music in “Australia”. The majority of our viewers at the moment are actually in Africa, France and Canada amongst others. We have reached ends globally and that is just a testament to us, that music is indeed a universal language.” He said.

“It is my hope that as African Australians we can also support each other to promote ventures like Afro Fuzion TV as they are made with us in mind. I recently watched a show called Pop Asia on SBS and saw how well our Asian counterparts rally to support each other’s ventures. Whether it is a K-Pop concert, a new restaurant opening or a new movie release. It is that spirit of unity and togetherness that we need to have as Africans and I am happy to see organizations like the Queensland African Communities Council, working hard to promote the culture.”

I then went on to ask Terry where he sees Afro Fuzion in the nearest future?

“Well, it is my hope that when people want to know what’s hot on the music scene, who is touring in Australia or where LauretteNJames will next be performing, they turn to Afro Fuzion TV for all the answers.”

At the end of the conversation with Terry, I couldn’t help but be inspired by the passion he shows for the music industry. His willingness to share the art of music with his fellow peers, and pave a way for it to reach the hearts of each and every one of us is outstanding.

Wise words were indeed shared during this interview and SALT Magazine is thankful that he gave us his time.

Congolese-born Patience is an MC, youth advocate and journalism student who loves to share her experiences through writing.

Dear readers, I want to take this opportunity to thank you for your support throughout the year. The success of SALT Magazine is built…