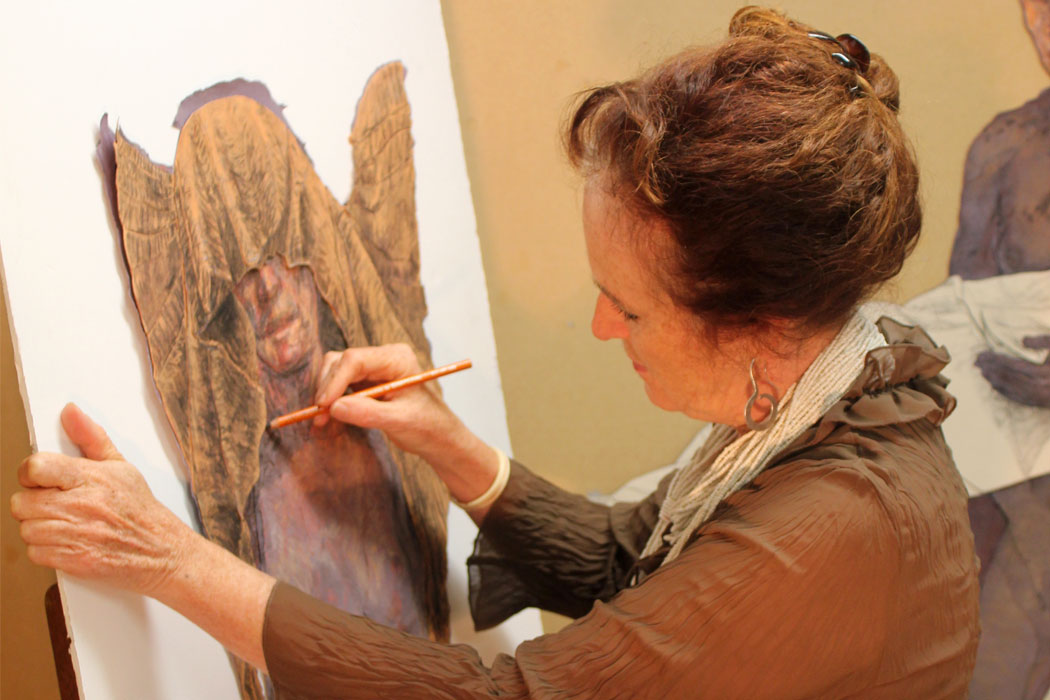 Lauryn Arnott is a unique individual whose intriguing background and history has left her feeling torn between two cultures.

We first met at the Voice of the Village Festival, staged by Mitcham City Council in October.  Lauryn was reading a copy of SALT Magazine which was on display, and she introduced herself, saying “Hi, I’m also from Africa.”

She was eager to tell her story as a white African now living in Australia, but who has experienced life from  unique perspectives in traumatic times, and even now,  still feels the pull of the Africa she grew up in.

She is an artist who started drawing and painting at an early age in Zambia, continuing through her schooling in Zimbabwe and then later in South Africa, where she made the connection between art and life – using the canvas as a vehicle for expressing her thoughts about apartheid, injustice, and the politics of Africa.

“Through art’, she said, “I could convey my message without the use of words, which would have been banned.”

In South Africa her ‘protest through painting’ caused her to lose a scholarship to study art at the Royal College in London, when, finding that one of her works was being exhibited in a gallery to celebrate apartheid rule, she ripped up her painting, leaving the destroyed work in the frame as a silent protest.

She moved to Zimbabwe, but also found the political, social and economic regime of President Robert Mugabe left her feeling an outcast from her own heritage. After experiencing the discrimination and disadvantage of ‘reverse apartheid’ because of the colour of her skin, she lost her home to the whims of President Mugabe’s policies.

Absurdly, against that backdrop, in 1994 she was presented with an art prize by President Mugabe personally for a work she entitled ‘May Peace Prevail’. The irony of this award was obviously lost on Mr Mugabe, as the work was Lauryn’s memorial to a massacre incited by him on the Matabele people, and carried out by his supporters, in which a close friend lost not only her family but also all the livestock, pets and animals on her farm which was ‘repatriated’ in the name of national unity.

After arriving in Australia, Lauryn channelled her passion and her energy into her art, and was awarded a Master of Visual Art’s degree from Central School of Art.

“When I arrived here, I was very sad about what I had gone through, my displacement, the violence, the people I cared about who had been killed. We were driven out of our home, and we were driven out of our country of birth!” Her drawing Crossing Over reflects her experiences of fleeing and of being exiled from the continent she loves, and which show not only her leaving, but also convey a sense of hope of someday returning. 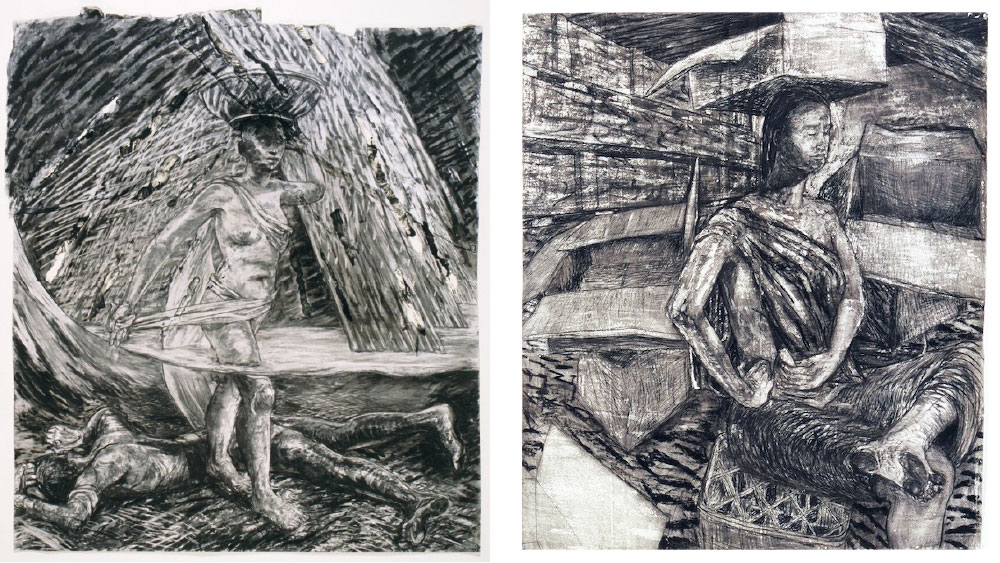 Despite all however, Lauryn’s love for Africa and the African people remains unchanged and undiminished. She is curious about what motivates people, what changes them and how they adapt to those changes into a new culture. Transformation is a recurring theme in her work which symbolises the transformations she too has endured, eloquently expressed in her painting Journey Home which won the International art prize, the Association of Commonwealth University Art Prize in ‘Place in the World’ competition, and is now in the collection of the Association of Commonwealth University headquarters in London.

Currently, Lauryn is enjoying her new life in Australia,holding exhibitions and facilitating art workshops; focusing on themes of memory, history and transformation. She is using her artistic skills and abilities to share with others the transformative power of art and the experience of living between two cultures.

If you are interested in seeing more of Lauryn’s work, her exhibitions and her art workshops you can contact her via email lauryn.arnott@gmail.com

An estimated crowd of 35,000 people turned up to this year’s Australia Day gathering held at Elder Park, Adelaide on Sunday January 26. In…