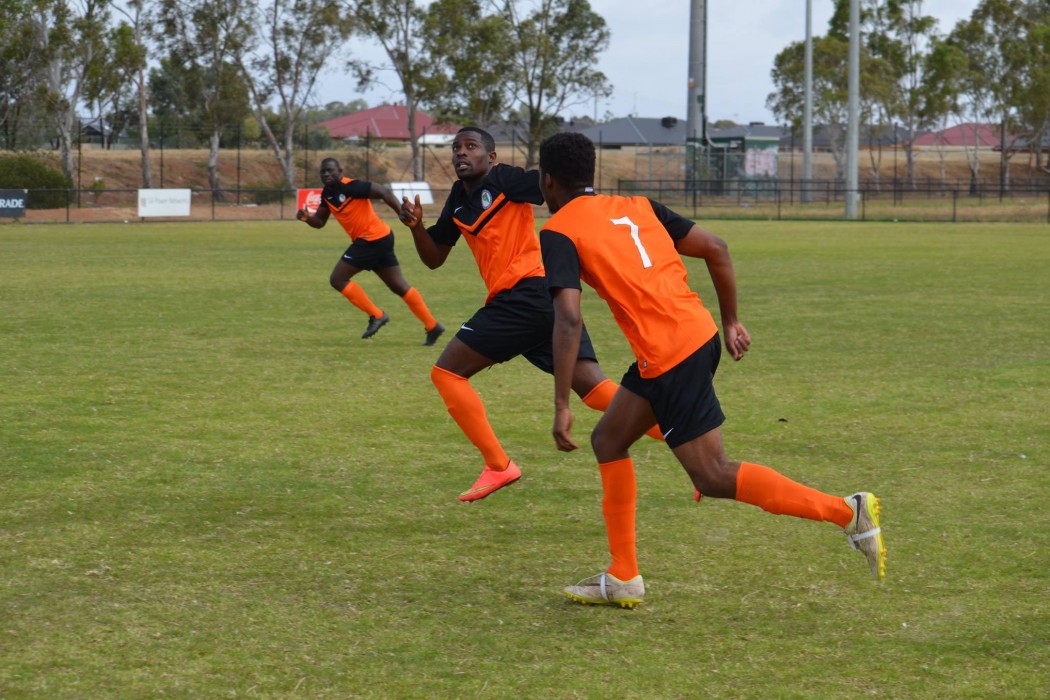 The 2015 African Nations Cup, hosted by the African Community Council in collaboration with the Football Federation SA commenced on October 24.

During the opening weekend, 8 teams managed to fight their way out of the group stage and edge one step closer to being crowned the African kings of football in South Australia.

A large number of on-lookers came out to the Burton Park venue in support of the 14 countries that participated in this year’s tournament.

Defending champions Burundi lost their opening round fixture to a resurgent Liberia team but managed to pull through to reach the quarter finals.

Congo Brazzaville and Guinea experienced their first taste of the cup competition, and were able to overcome some of the more established nations.

The shock of the round saw South Sudan fail to advance from their group after being held to three straight draws.

Egypt, Ghana, Eritrea, Somalia and Uganda were the remaining teams that were eliminated.

The quarter finals are as follows:
Sierra Leone vs DR Congo.
Liberia vs Guinea
South Africa vs Ethiopia
Burundi vs Congo Brazzaville

The winners to face off in the semi-final later on the same day with third spot play off and final to be played on Sunday.

The Acholi soccer team of Adelaide had to settle for second place after conceding a 6-1 loss to Sydney’s Acholi Team, in the final…